After leaving Snowdonia we headed for the town of Betwsycoed. 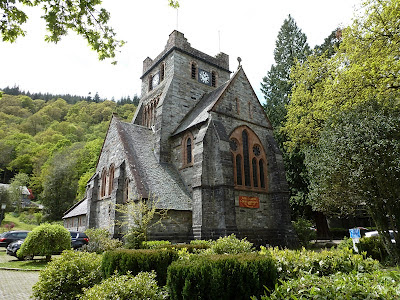 The train station had been converted to cafes and shops so we stopped and had a coffee before moving on to Conwy Castle. 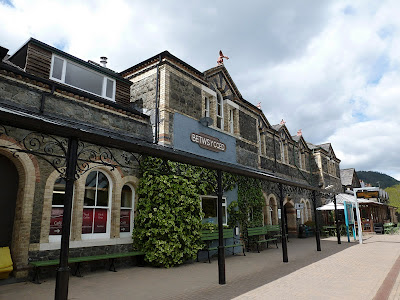 As soon as you get to Conwy it is impossible to miss the imposing castle. 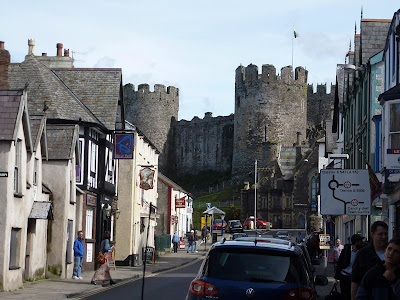 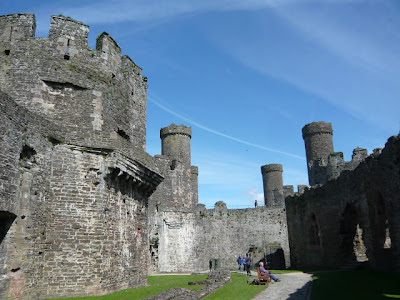 Looking out over Conwy from the castle walls. 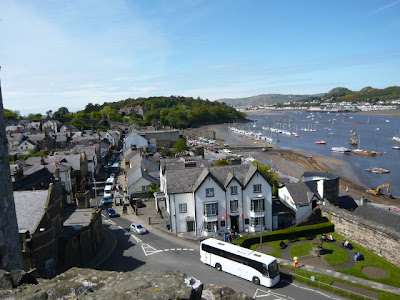 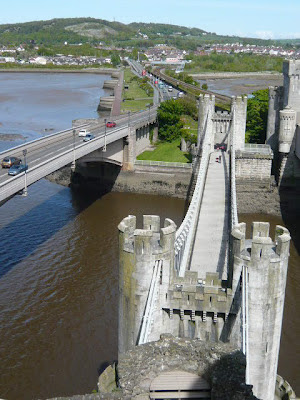 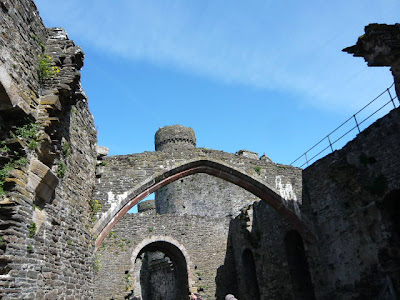 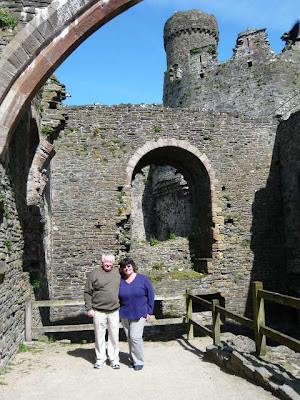 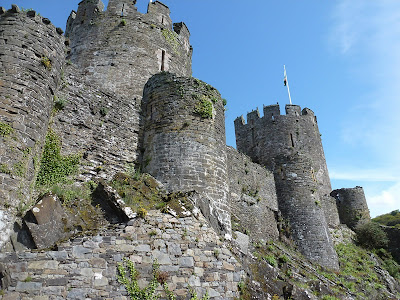 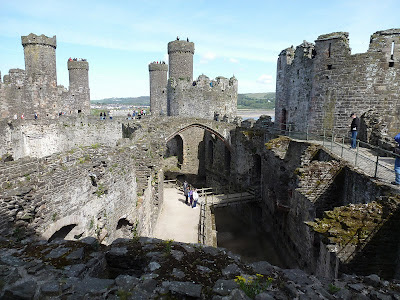 Conwy also has the smallest house in Great Britain which has not been lived in since 1900 but still belongs to descendants of the original family. 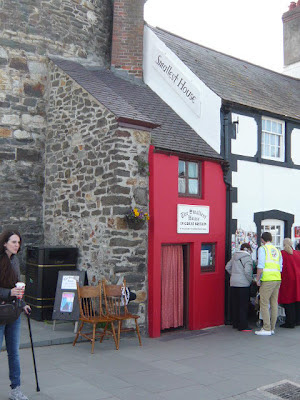 After leaving Conwy, our last stop in Wales has the longest place name in Europe and is third longest in the world after Thailand and New Zealand. 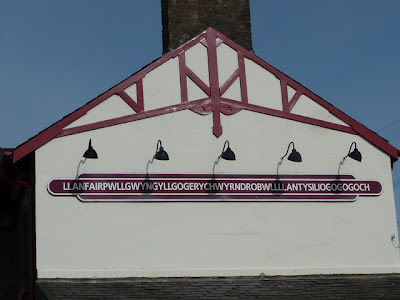 It is commonly known as Llanfair PG. 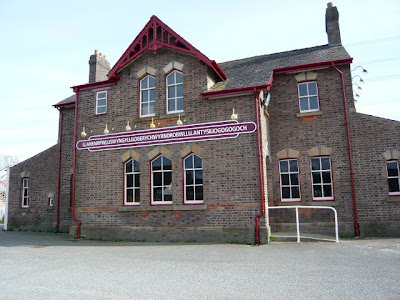 Our taxi driver tried unsuccessfully to teach us to pronounce it! 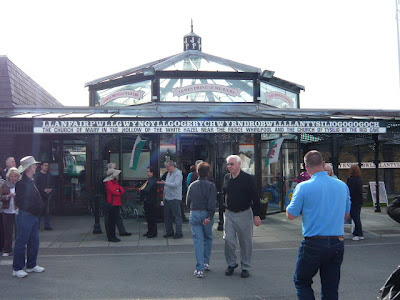 After leaving Wales we boarded our ship and headed towards Dublin in Ireland
Posted by Memories of Eric and Flynn at 7/10/2012 12:00:00 AM 3 comments: