The first time we took a cruise around the British Isles was because we had never been to Ireland.We enjoyed the cruise so much that this is now the third time we have done it.
Our first stop was Guernsey and we did what we had done the first time and caught the local bus which goes all the way around the island for £2. Much better value than the $40 or so that the ship tour costs. 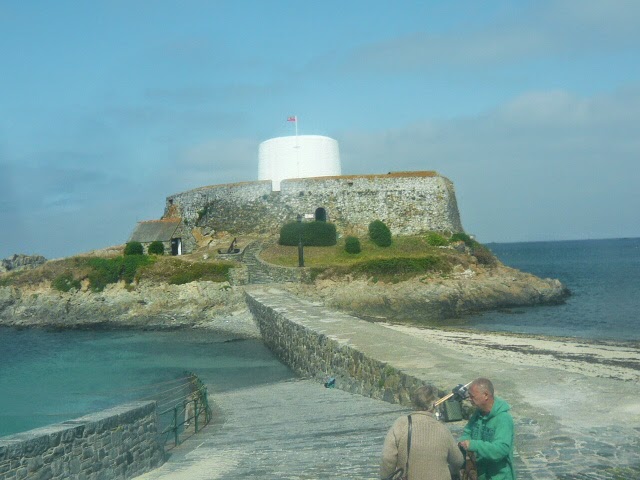 Fort Grey is a 'Martello' tower built in 1806 to defend the bay at Perelle from French attack. It now houses a museum which tells the story of the many terrible shipwrecks that have occurred on Guernsey's treacherous west coast. 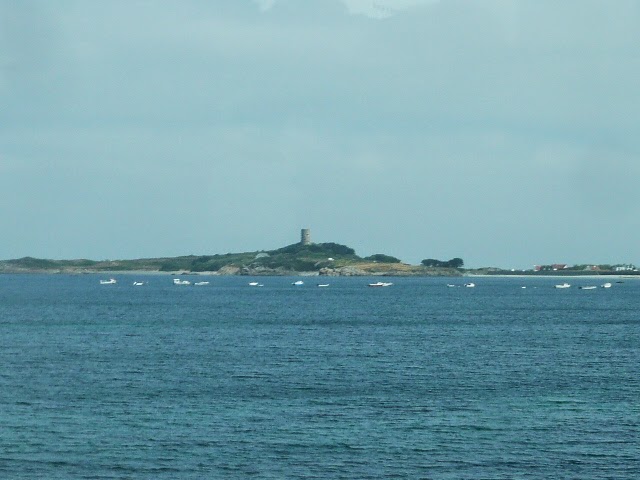 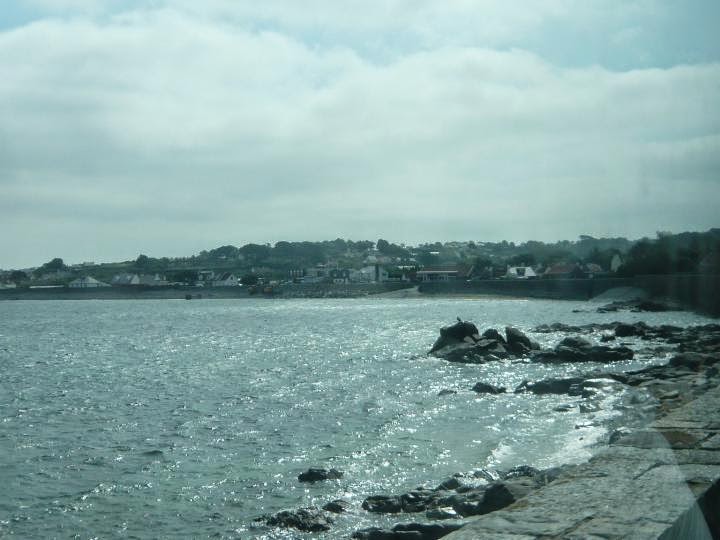 Views around the coast of Guernsey. 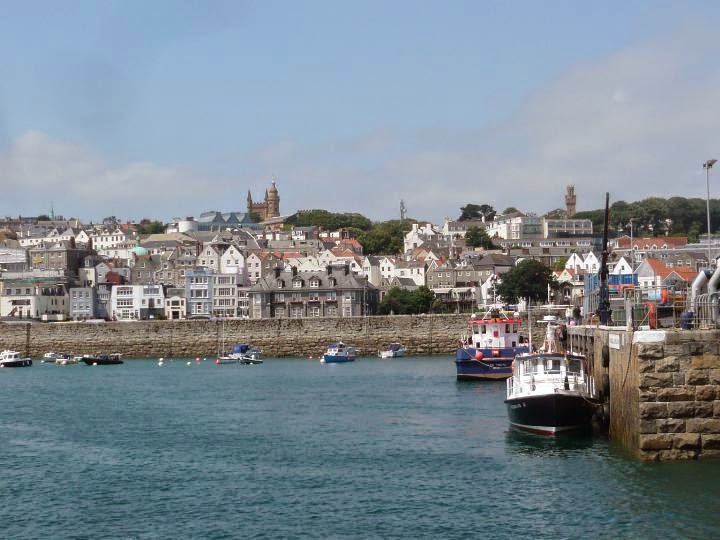 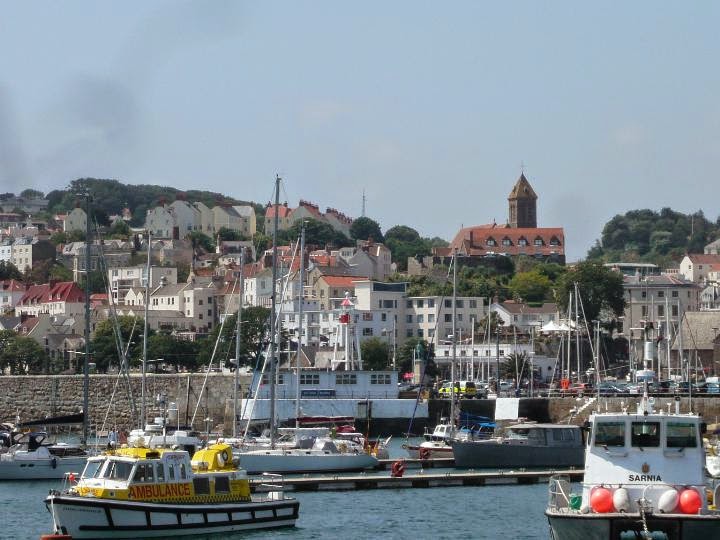 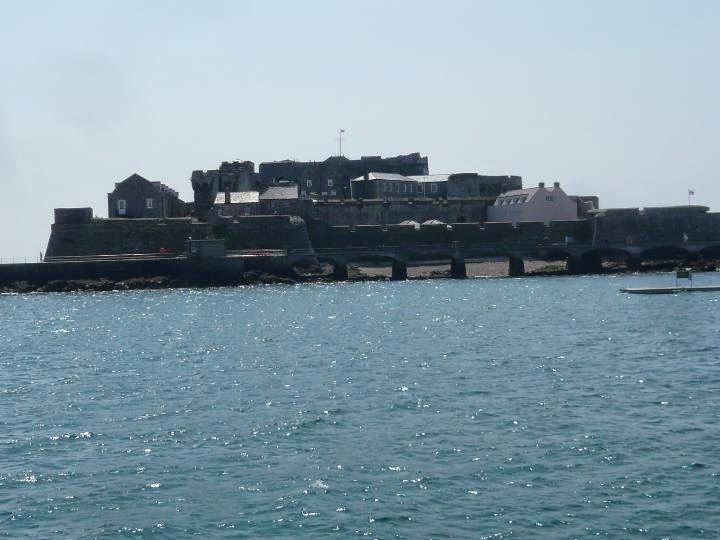 Castle Cornet has stood guard over St Peter Port harbour since the thirteenth century. It was progressively extended outwards, especially by Queen Elizabeth. During the English Civil War it was held for the King against an 8-year siege by Parliamentary forces. An explosion destroyed the medieval 'donjon' in 1672 but the castle was then extended under the Georgians. Its final military use came when German forces used it as a strong point in the second world war.

Leaving Guernsey we headed for Cobh (pronounced Cove) which was formerly known as Queenstown and was the last port of call of Titanic.We caught the train into Cork and we were going to get the HoHo bus but when we got to Cork there was a locally operated open top bus at the station, so we decided to take that one instead. It was a good choice. The guide had everyone in fits of laughter from start to finish. 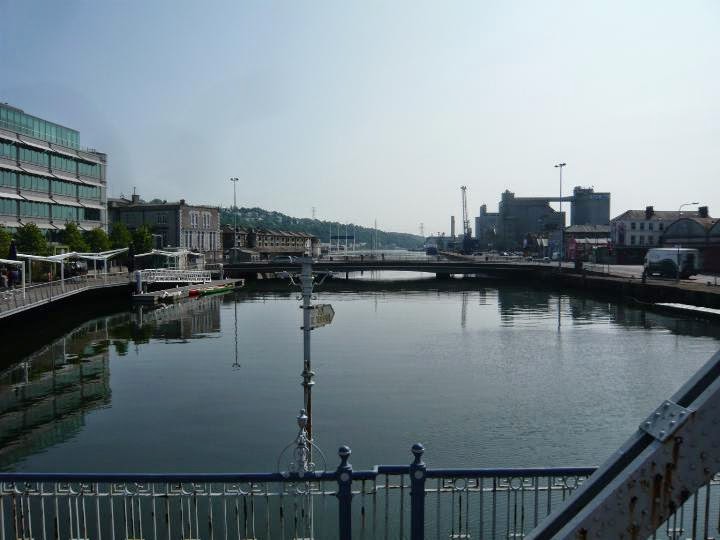 The River Lee which runs through Cork. 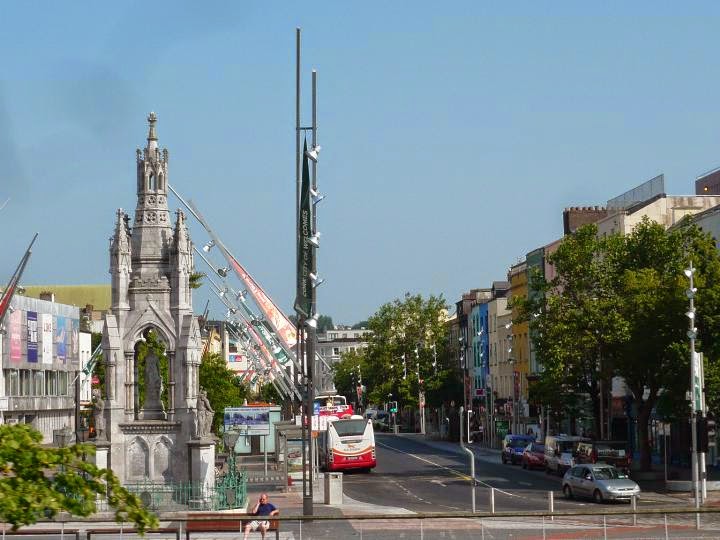 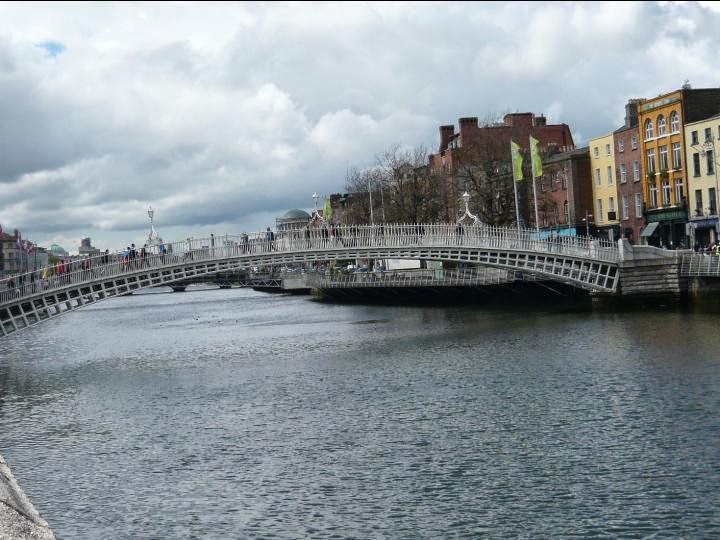 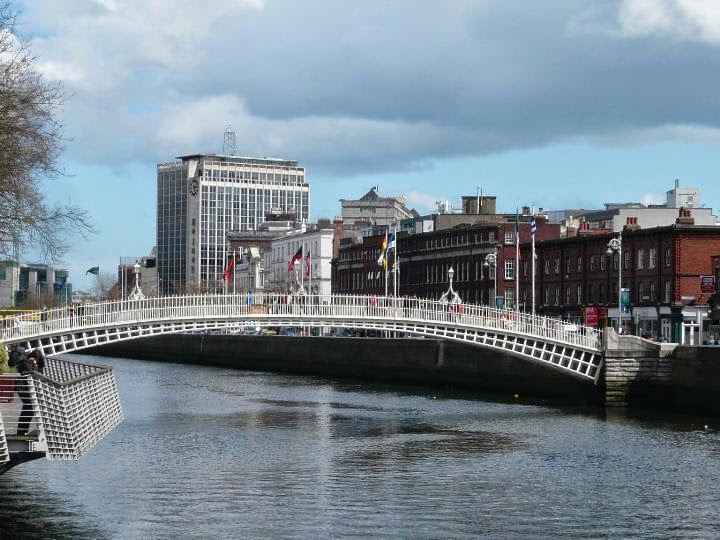 Halfpenny Bridge over the River Liffey. 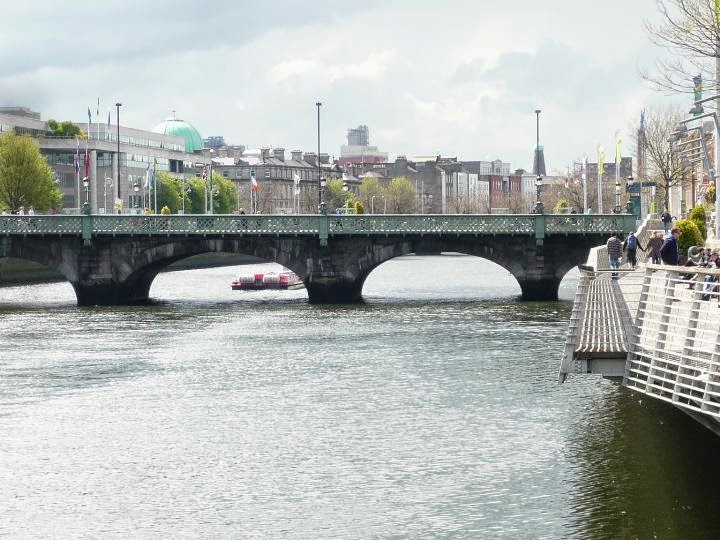 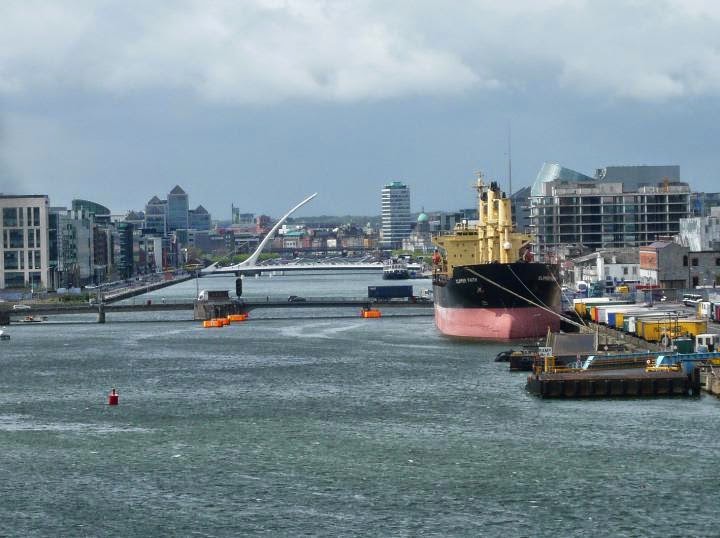 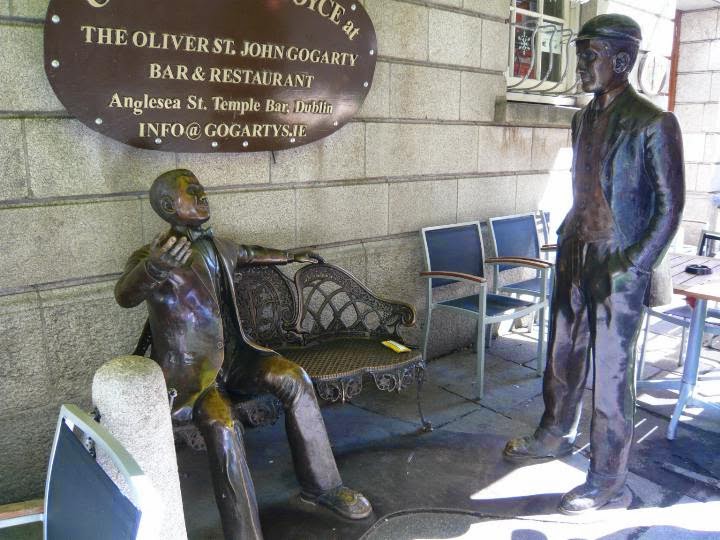 Statue of  John Gogarty and James Joyce outside one of the many Dublin bars. 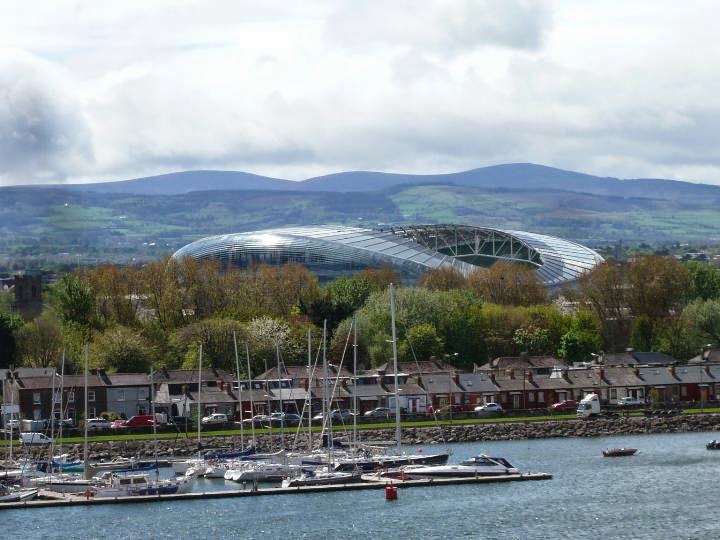 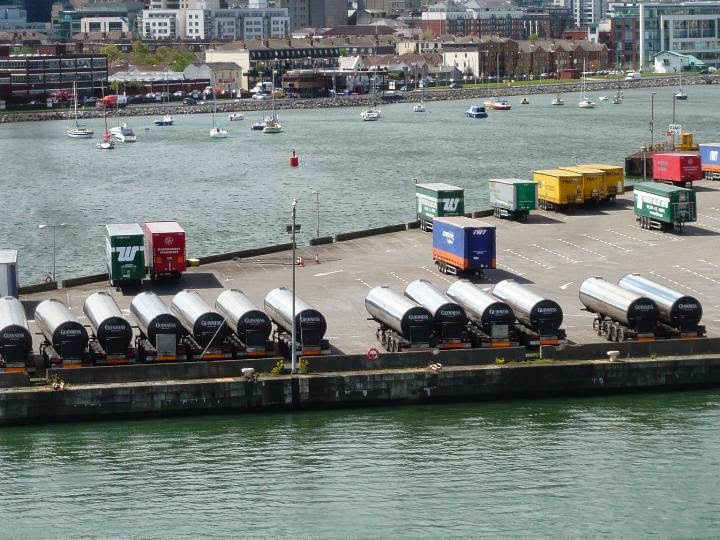 Anyone for Guinness?
I only took a few photos in Dublin as we have been here a few times before. More photos can be seen on our British Isles cruise in 2012 here.
We should have gone to Cork next but storms made us stay overnight in Dublin. We stayed until midday the following day before heading for our final port of Falmouth Cornwall. 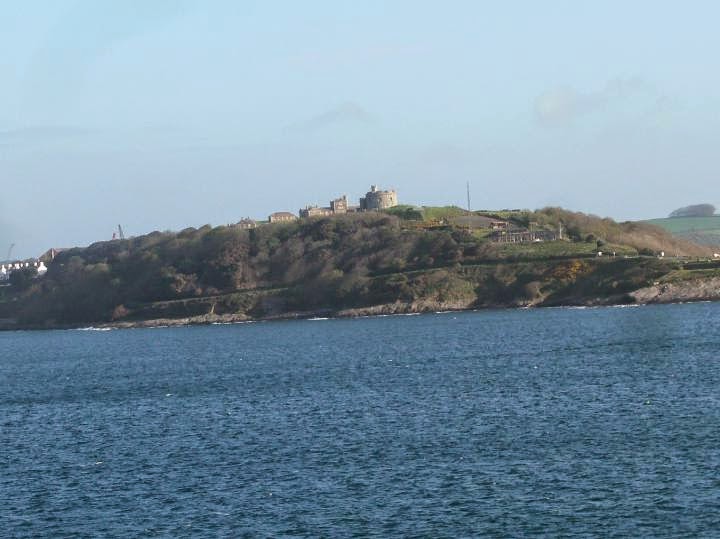 Falmouth is a tender port and this is Pendennis Castle taken from the ship. At this point we were actually only about 60 miles from home. 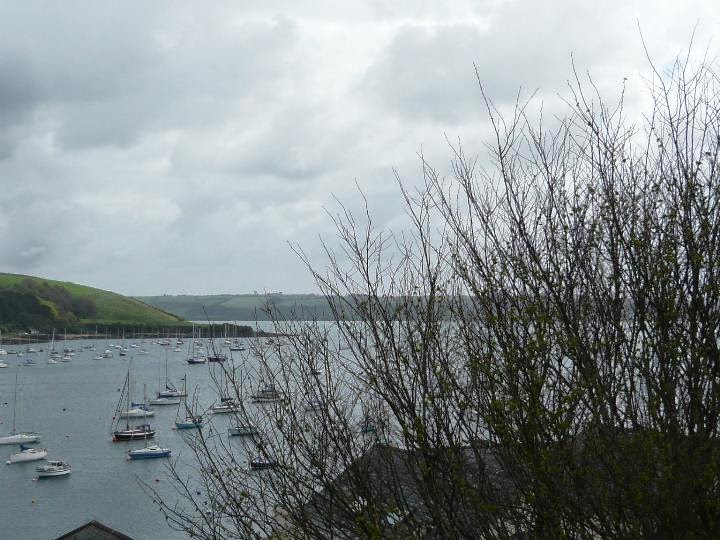 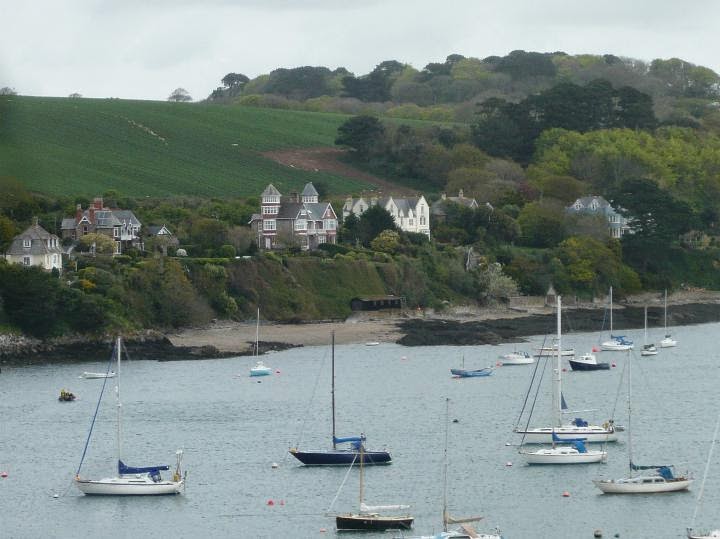 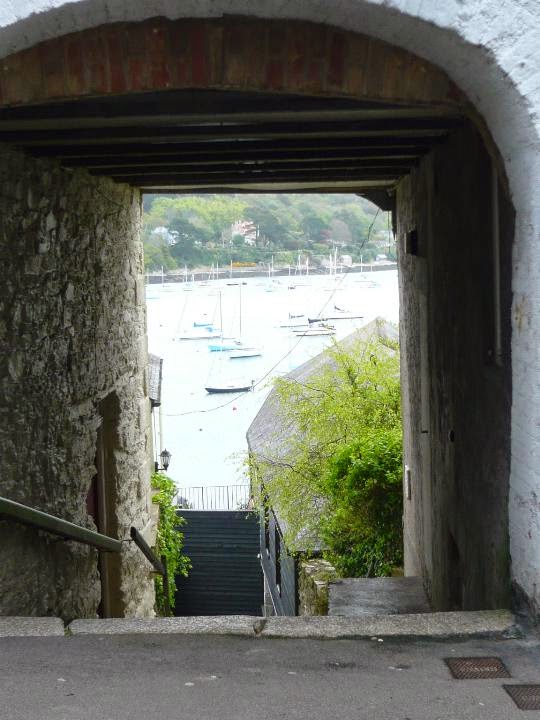 The Fal estuary.
After an enjoyable day there we headed back to Southampton and the end of another cruise.
Posted by Memories of Eric and Flynn at 7/05/2014 11:42:00 PM 1 comment: