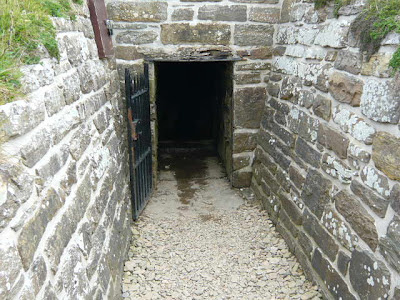 Our first stop on Orkney was Maes Howe which is an ancient chamber tomb dating back to 2700BC. It was very low to get in and unfortunately as I get claustrophobic, after the first two or three feet, I had to reverse back out and let Ivor go in on his own. 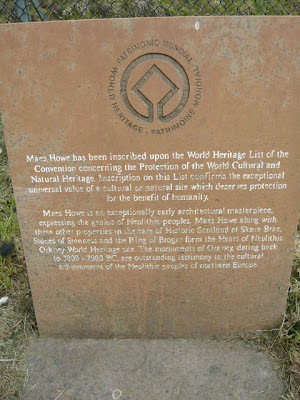 He said once you had gone through the low and narrow passage it opened into a large chamber with some natural light. 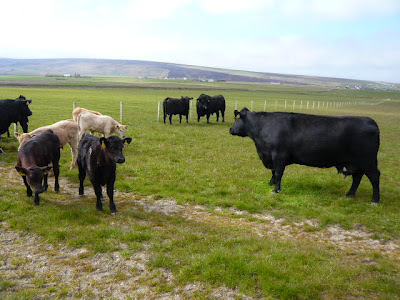 As no photos were allowed inside I kept the camera and took a photo of some local inhabitants while I waited. 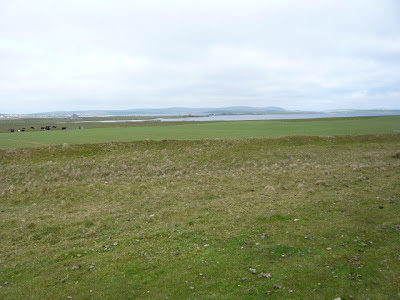 The scenery was lovely too, but it was very cold and windy there. 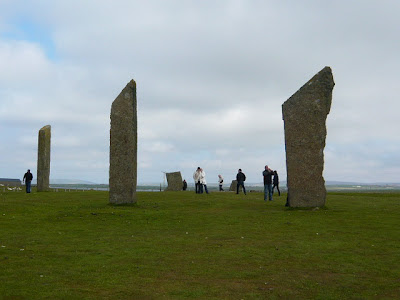 Next were the four Standing Stones o' Stenness thought to date from 3100BC and the oldest standing stones in Britain. You can read more about them here. 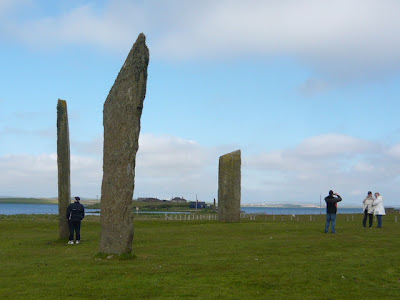 They stand up to 19 feet high. 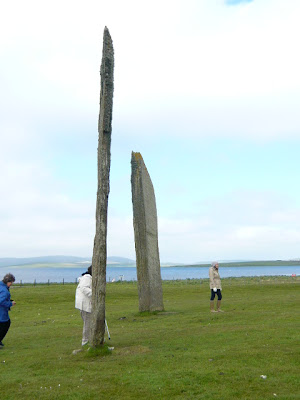 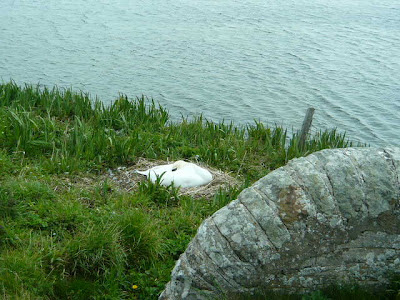 On the short trip from Stenness we passed this swan sitting on her nest. 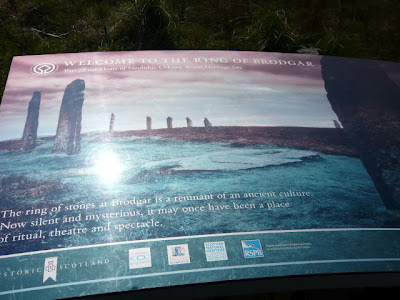 Next was the Ring of Brodgar which has many more standing stones but not as big as the previous ones we saw. You can read more about it here. 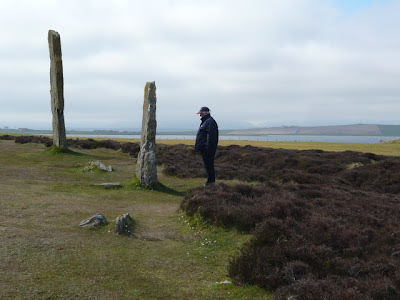 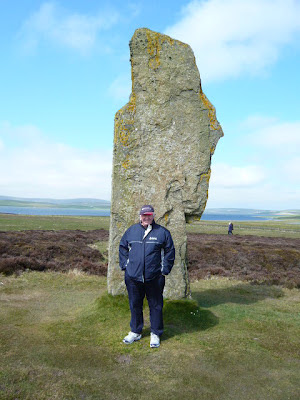 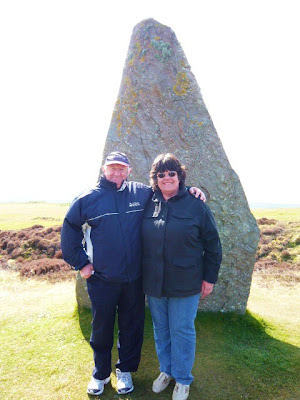 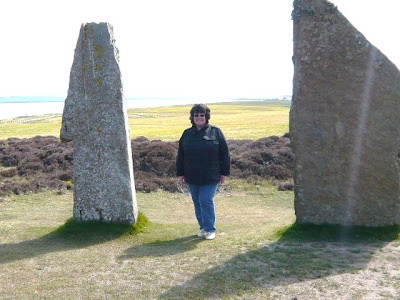 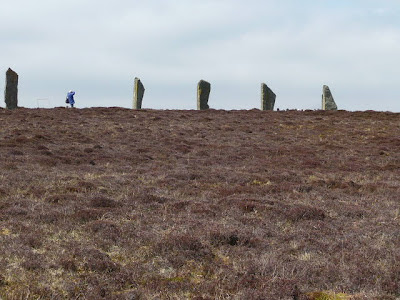 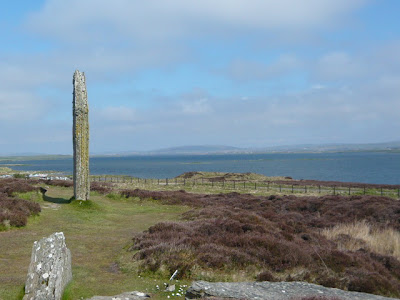