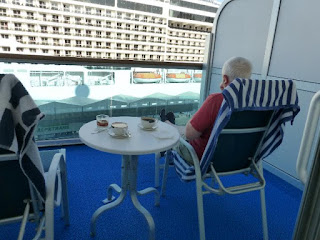 Our next port was Genoa in Italy. We were having breakfast on the balcony as we docked. 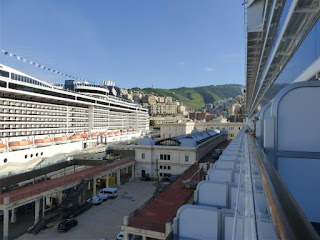 We hadn't been to Genoa before so decided to walk around the seafront and part of the city. 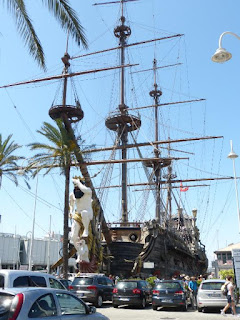 This is the galleon, Neptune. It is a replica of a 17th century Spanish galleon and was built in 1985 for Roman Polanski's film "Pirates". She was also used as the Jolly Roger, Captain Hook's ship in Neverland. 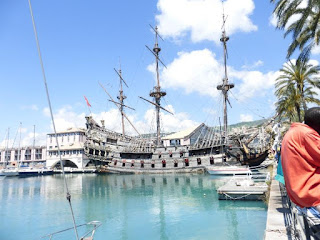 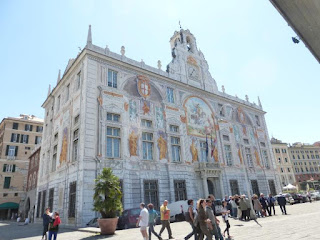 The Bank of St George, a beautiful building. 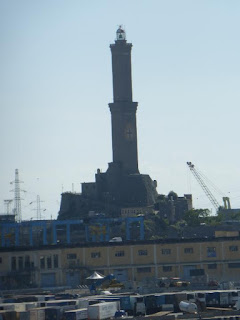 "Lanterna" The lighthouse of Genoa. At 249 feet, it is the world's fifth tallest lighthouse. Including the rock it stands on, it is a total of 383 feet high. It was built in 1533 and modernised several times through the years. The original tower was built around 1128. 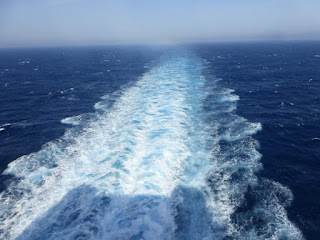