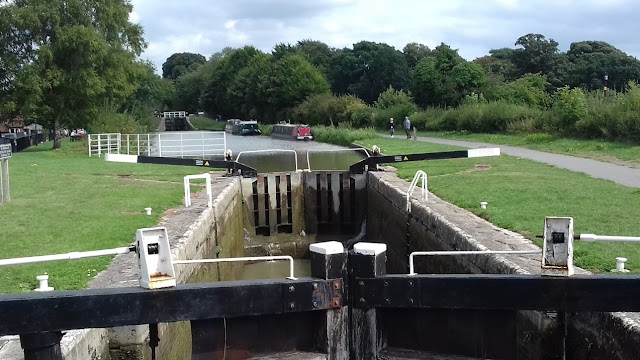 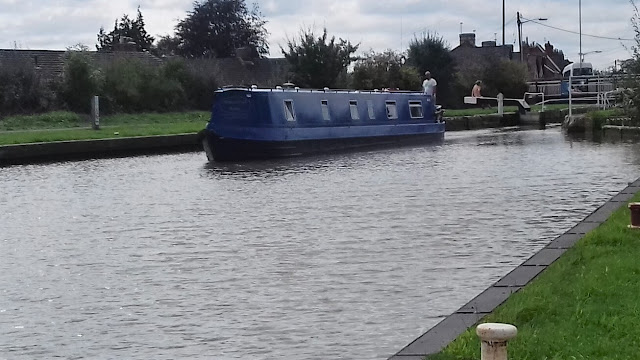 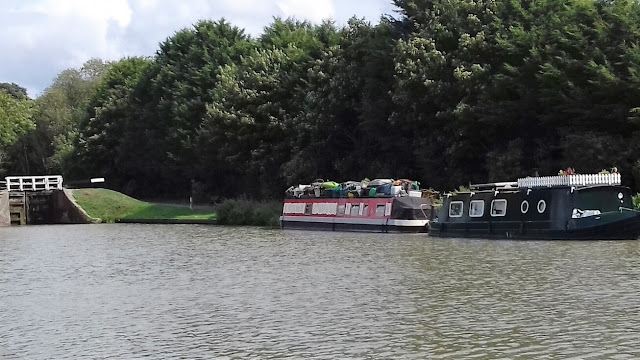 Information from the internet.

THE KENNET AND AVON CANAL in an amazing example of engineering. The 16 of 29 in total locks that form the steepest part of the flight at Caen Hill (pronounced like “cane”).

The locks were the final link to connect London and Bristol near Wiltshire, England, finishing the 87-mile canal. Originally constructed in the early 1800s, the locks were closed down in 1948. But by the late 1980s refurbished locks were back in operation. A modern pump allows for the movement of seven million gallons of water per day to help keep the locks flooded.

Not only are these locks an ancient monument, they are a challenge every serious canal boater must do. The Caen Hill Locks are iconic for many reasons. They are a massive feat of engineering from the heyday of the canals and one of the country’s longest continuous runs of lock flights. It takes a little over five hours to traverse the locks by boat—many canal boaters consider it the ultimate challenge.

Just out of view on the right of the second photo was a very nice pub. We spent a hour with a gin and tonic.... or two or three sitting by the edge of the canal watching the boats go through the locks.