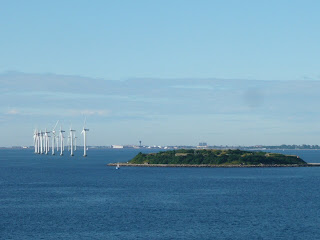 Our approach to Copenhagen port took us past a wind farm. 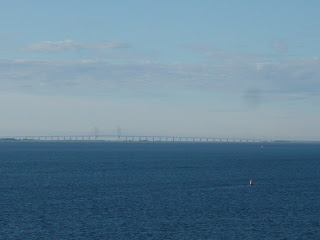 We could also see in the distance the bridge which links Denmark and Sweden. The bridge would prevent larger ships from being able to pass, so it incorporates a tunnel which is accessed from the bridge and the ships sail over the top. 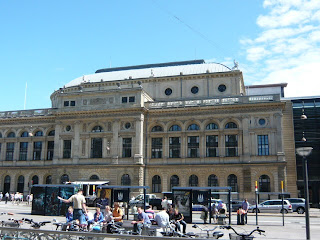 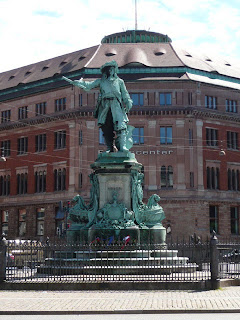 Statue of Admiral Niels Juel who guided the development of the Danish navy in the late 17th century. 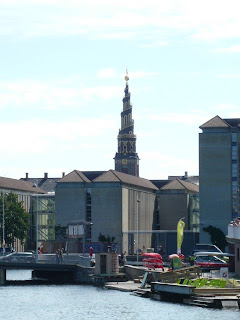 Twisted spire of Our Savior's Church in the Christianshavn district. 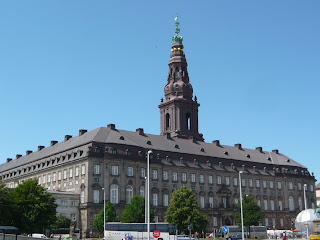 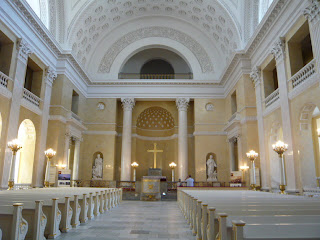 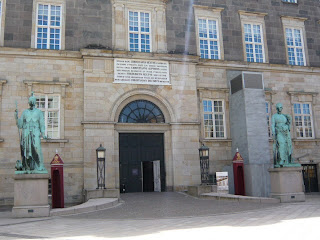 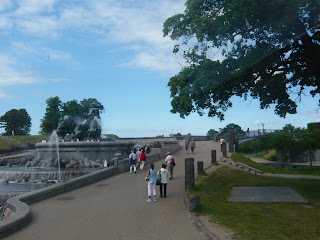 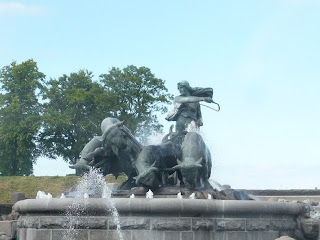 The Gefion Fountain. According to Viking sagas, the Swedish king promised the Norse goddess Gefjun as much land as she could plough in one night. She turned her four sons into oxen and ploughed enough land to create the Danish island of Zealand. 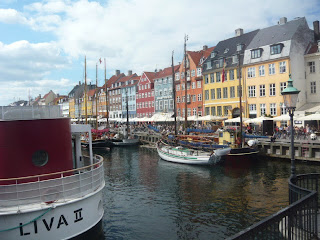 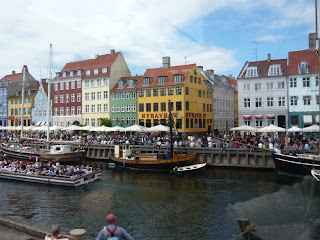 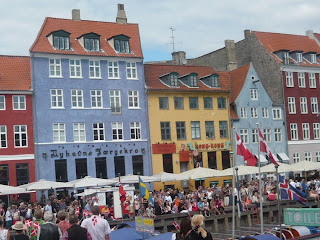 Nyhavn, the 17th century waterfront district. In years gone by it was the red light district that the sailors would visit. Now it is one of the most popular areas for visitors with many bars and restaurants. 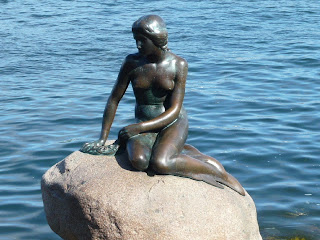 Of course no visit to Copenhagen would be complete without a visit to the Little Mermaid.