The final Scandinavian port was Oslo in Norway. 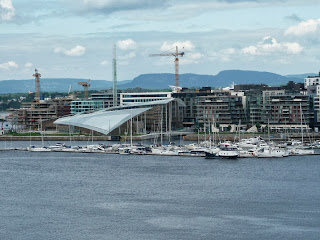 Approaching the port at Oslo. 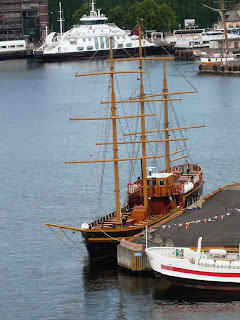 The old and the new. This schooner was moored next to us with a modern yacht behind her. 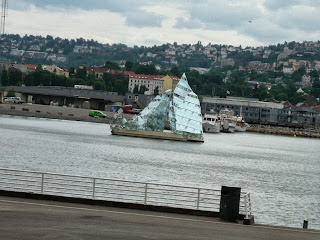 A modern sculpture of a yacht in the harbour. 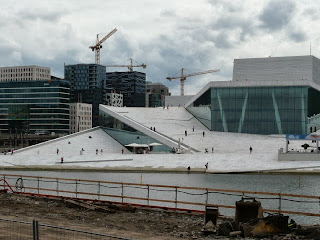 We passed here on the ship's shuttle service and thought it was a ski slope. It is Oslo's Opera House! 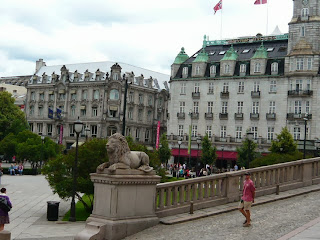 The Lion statue by the Parliament buildings. 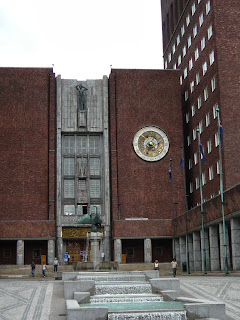 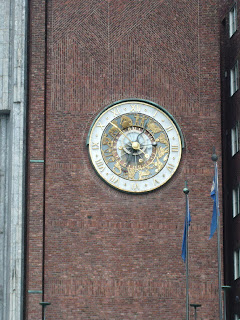 The Astronomical Clock. The Hall was built in 1950 to celebrate the city's 950th anniversary. 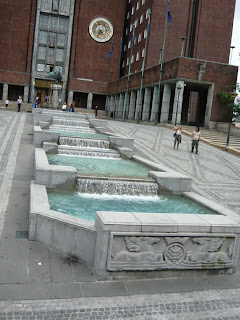 The water feature at the City Hall. 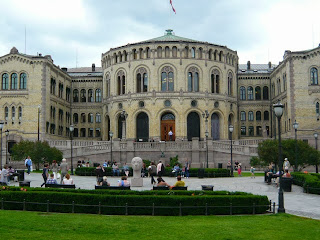 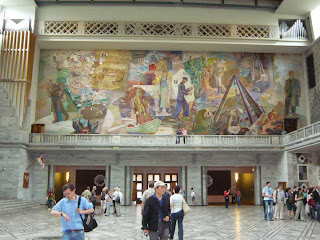 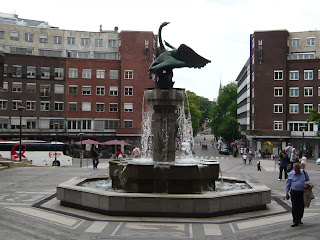 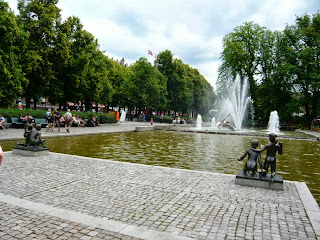 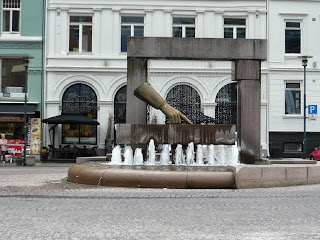 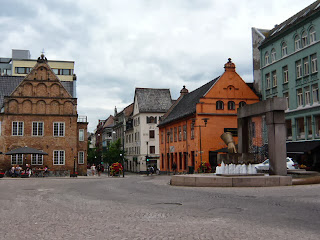 After the big town fire in 1624, the Danish-Norwegian King Christian IV decided to rebuild the town in this area. He supposedly pointed to this spot and said: "The new town will lie here!" 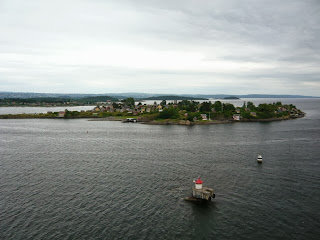 Heading for home.
I hope you have enjoyed a few of the photos taken on our cruise to Scandinavia.
Coming soon, the Mediterranean and Adriatic.
Posted by Memories of Eric and Flynn at 9/30/2013 12:10:00 AM