Our next stop after Split was Dubrovnik, also in Croatia. Our first sight when we got off the shuttle bus into the town was the beautiful rugged coastline. 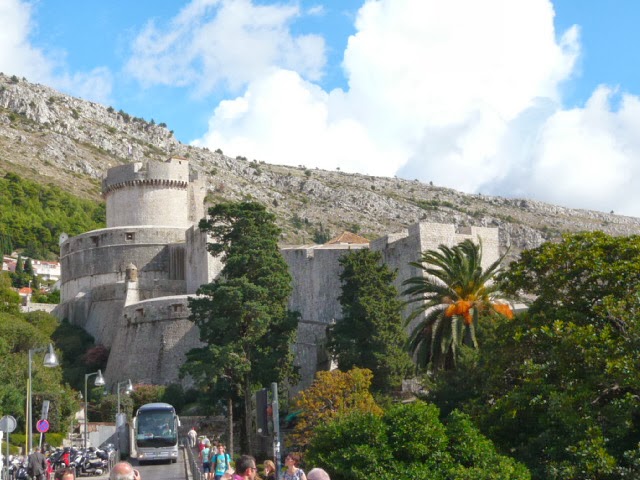 A coach tour arrived at the same time so it was busy walking to the gateway into the walled city. 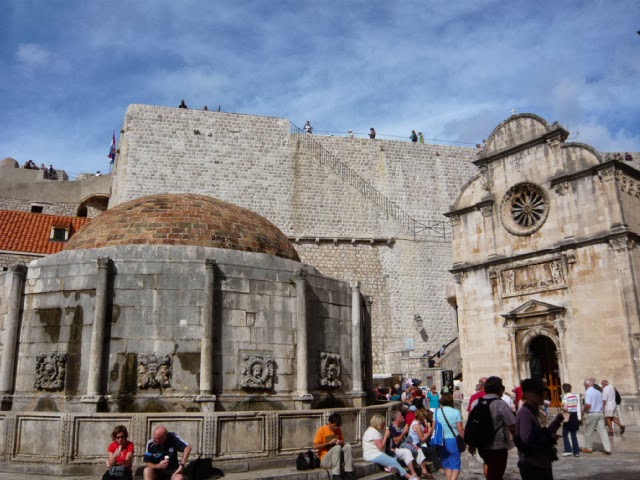 There were already a lot of people walking around the top of the city walls so we decided to keep at ground level to start with. 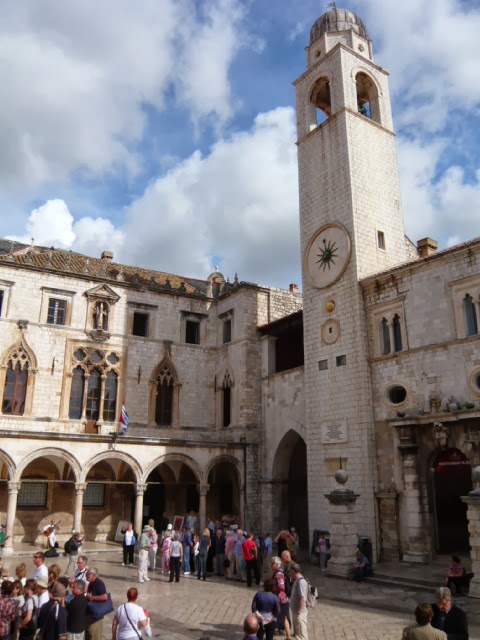 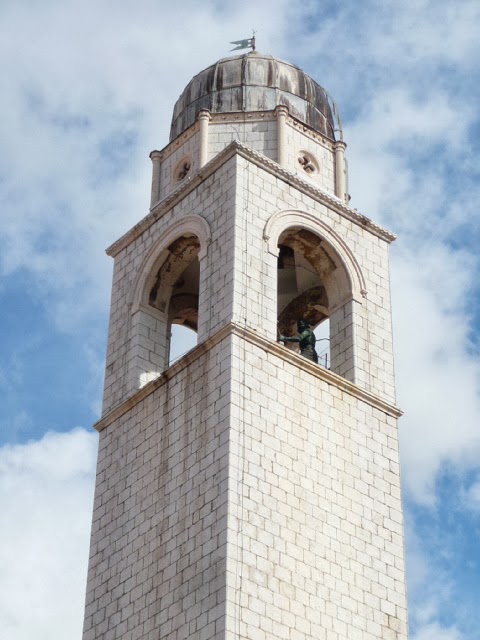 If you look carefully you can see one of the two bronze figures that strike the bell. over the years the bronze took on a green tint so they became known as Zelenci - the green men. 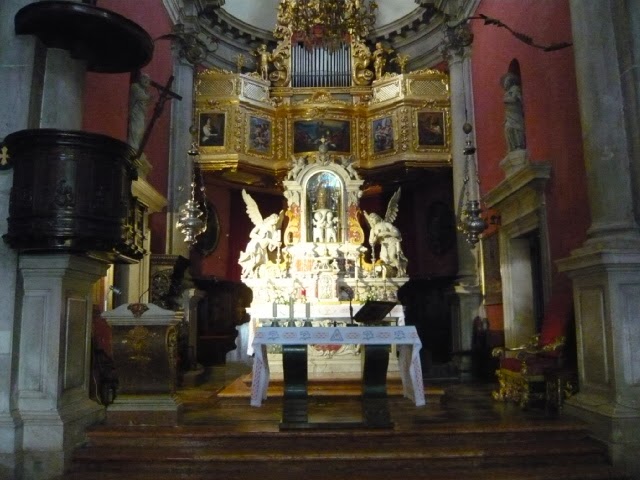 Inside of St Blaise church. St. Blaise is the patron saint of Dubrovnik. 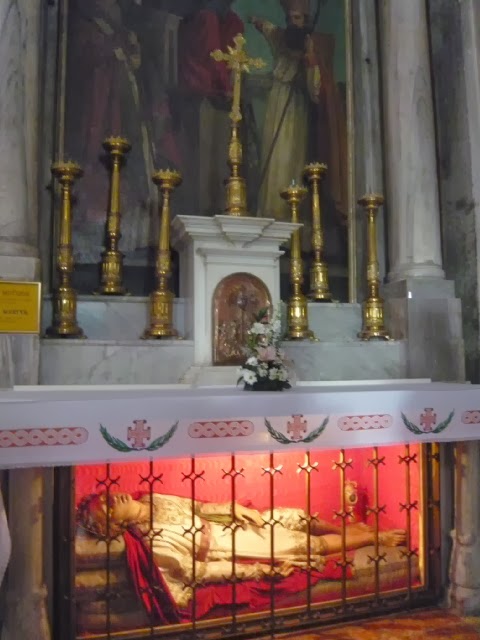 St. Silvan who was martyred in the 4th century. 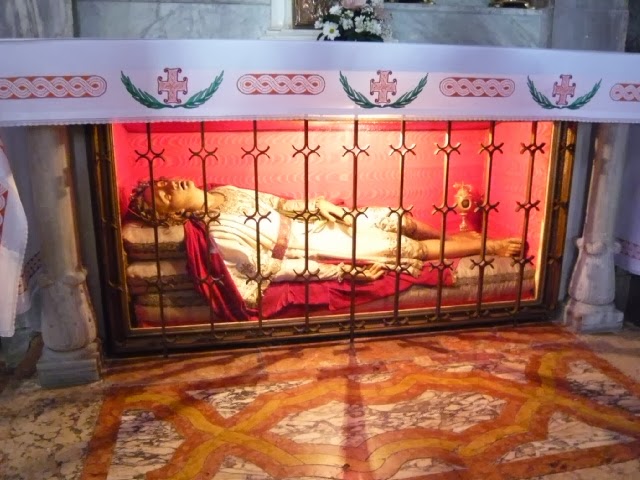 He is known as an incorrupt saint which means his body does not decay. St. Silvan died 1600 years ago yet his body is perfectly preserved even to the gash in his neck. Some say it is a wax replica, others say it is the original body. No-one seems to know the truth, but either way I find it rather creepy. 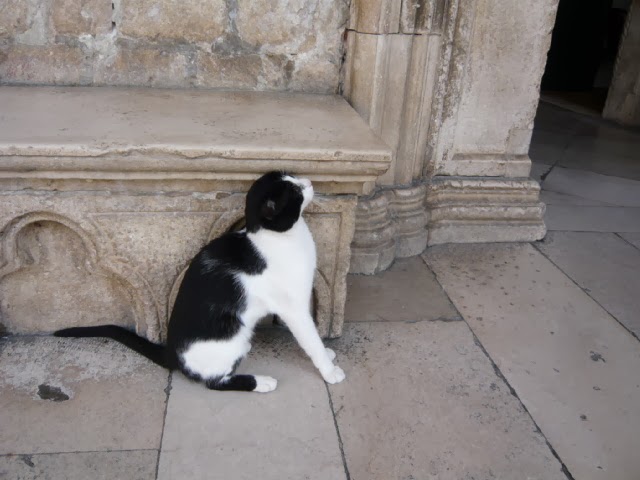 On a lighter note this kitty doesn't worry either way about what is inside the church. He does look very similar to the kitty we met in Split though. 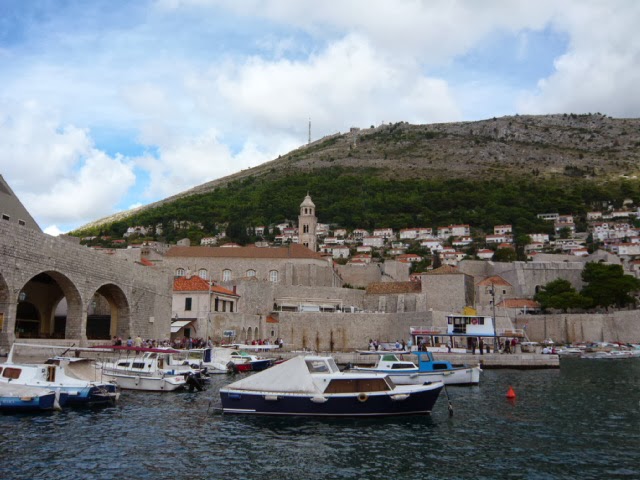 We walked through one of the stone archways and came out into a small harbour area. 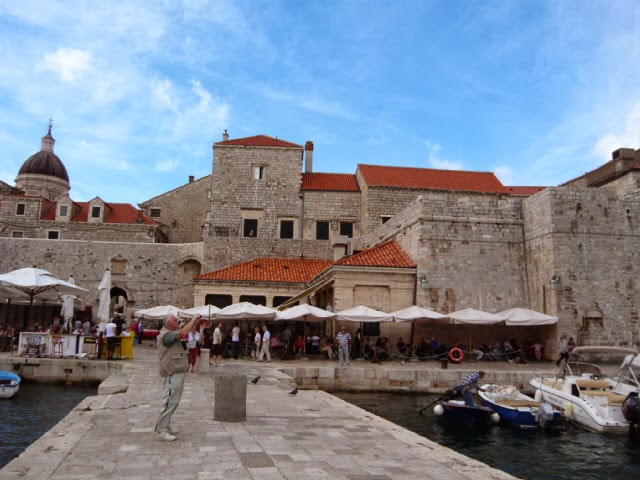 The stalls were selling locally made goods so we bought some mementos there. 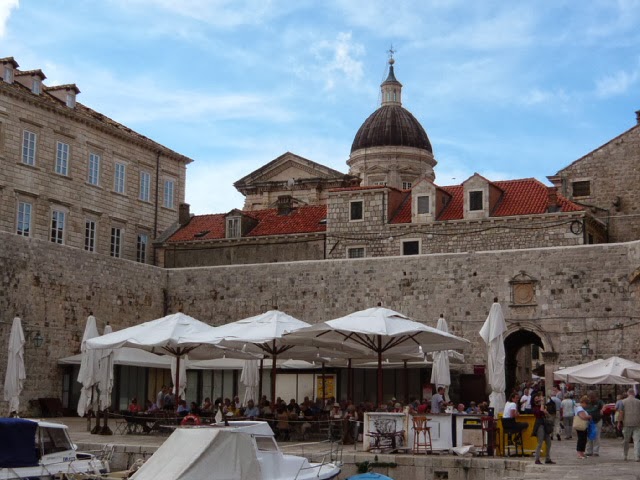 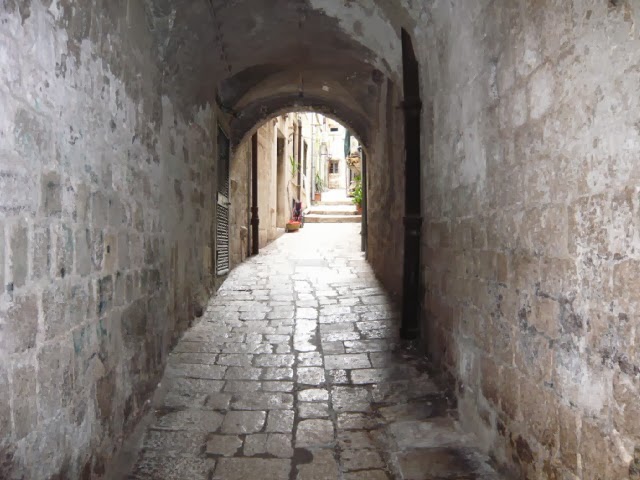 Going back inside we wandered around the narrow walkways which eventually led to the top of the city walls. 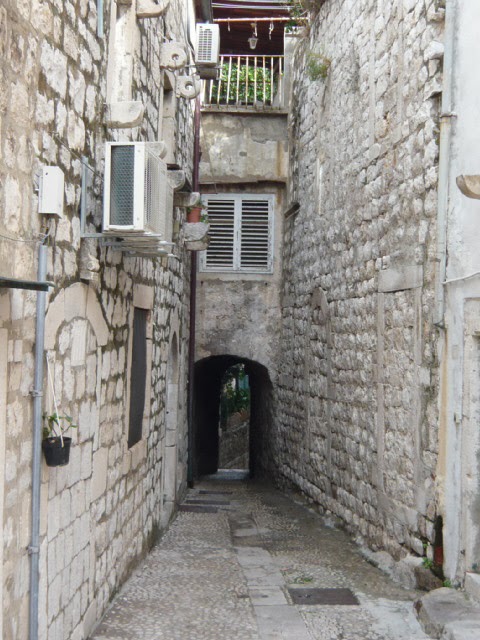 For some reason I can't remember now, I never took any photos from the top. I think that the camera battery may have gone flat. 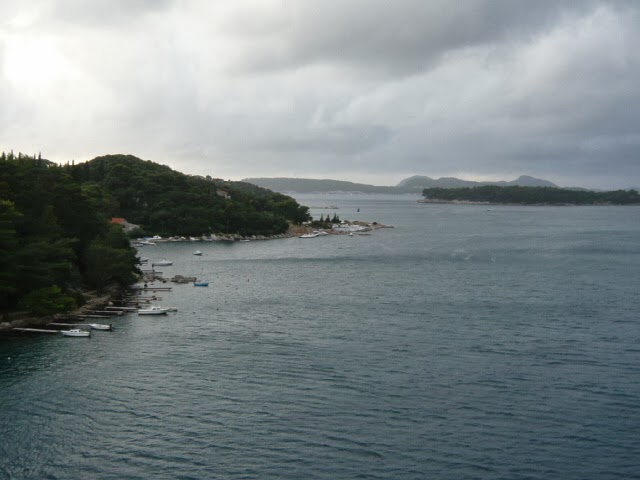 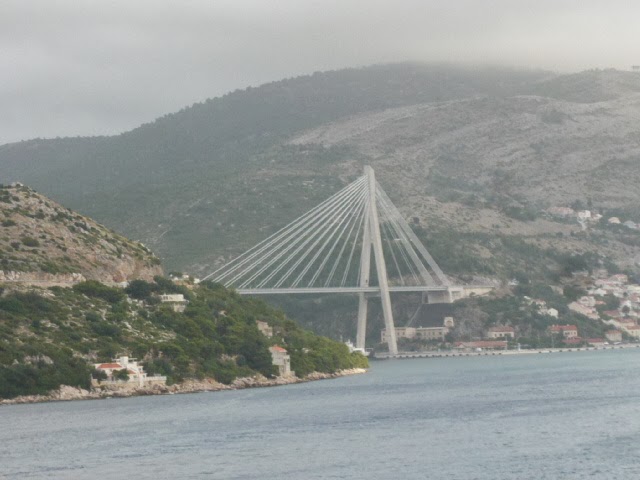 The Dubrovnik bridge is one of the largest single-pylon, cable-stayed bridges in the world.
Our next port of call will be Corfu, Greece.
Posted by Memories of Eric and Flynn at 3/07/2014 10:51:00 PM

jackie....love, love love picture one !!! to live there !!! thanx for sharing these...teh kitty here DOES look like the one in split and I'm with you....is that for real...that dead man St Silvan....eeeeggggga !!!