We had several sea days after leaving Fort Lauderdale before our first stop at San Miguel, The Azores. 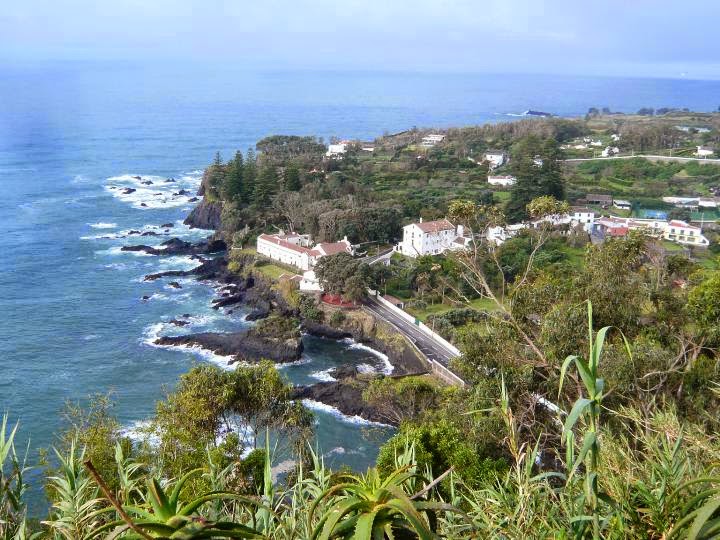 Eight of us had got together and hired a minibus for a private island tour. 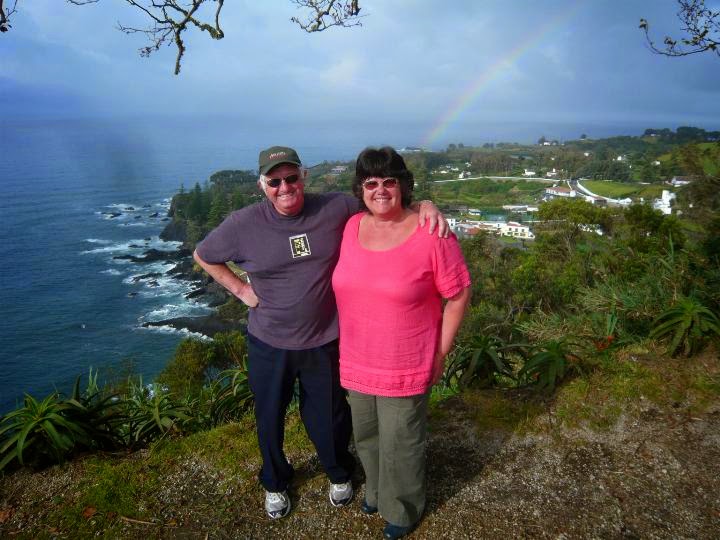 We started off going up to the top of the cliffs near Lagoa and a rainbow made a good excuse for a photo. 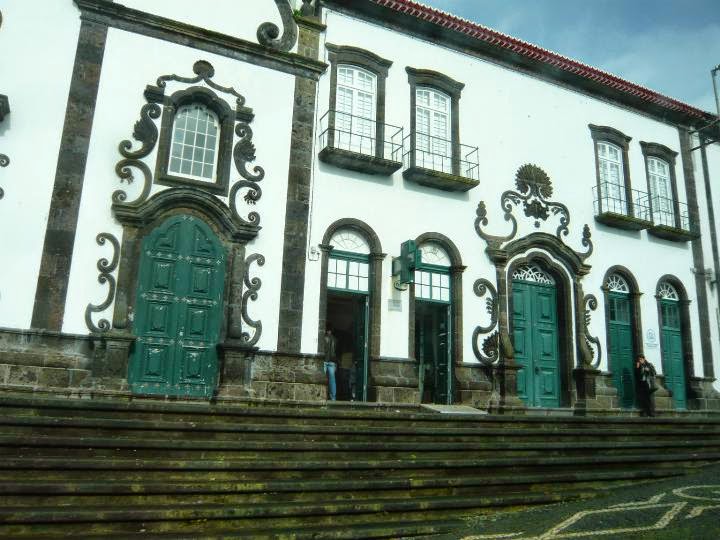 From there we went to one of the old typical towns and had time for a stroll on our own. 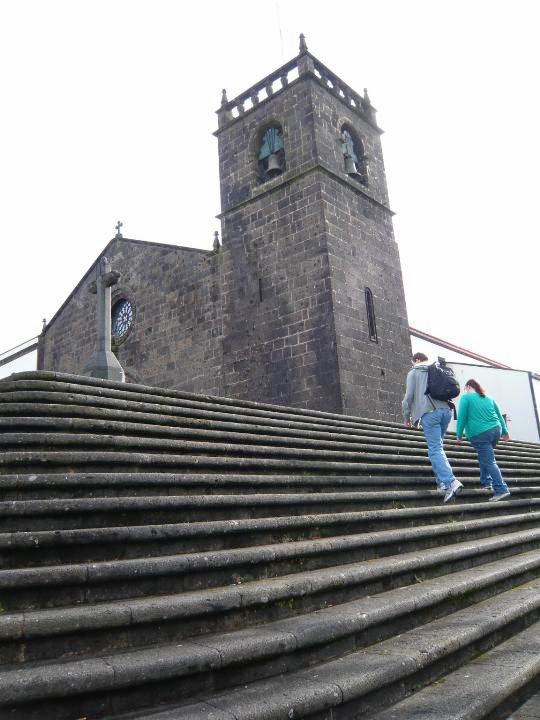 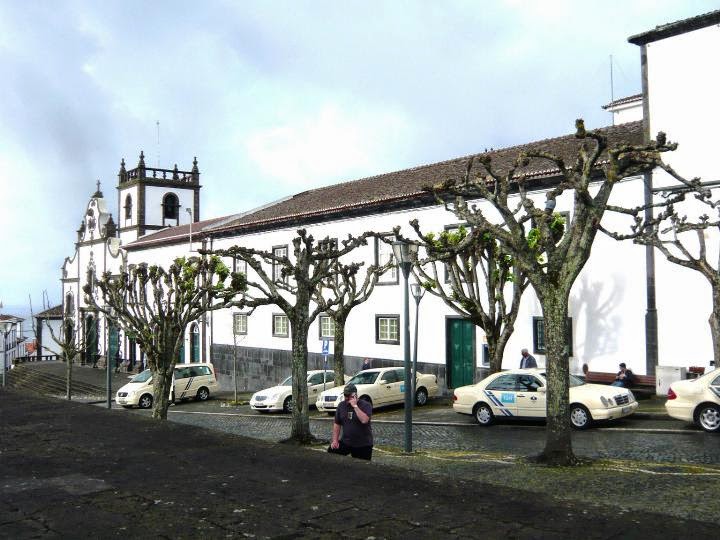 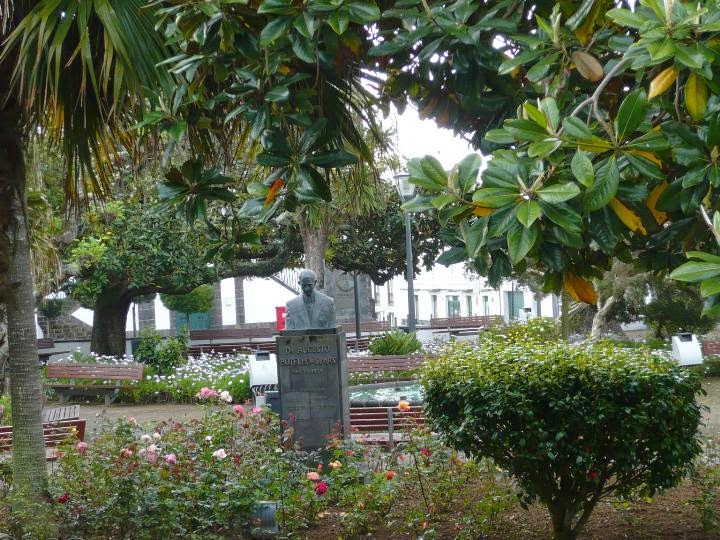 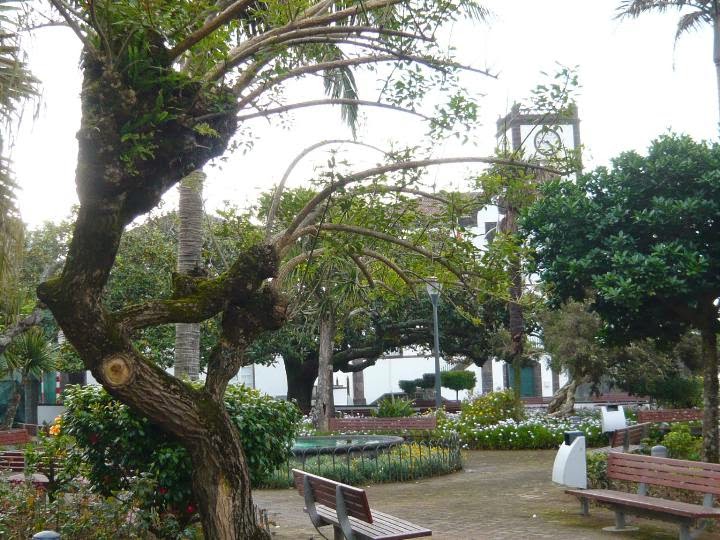 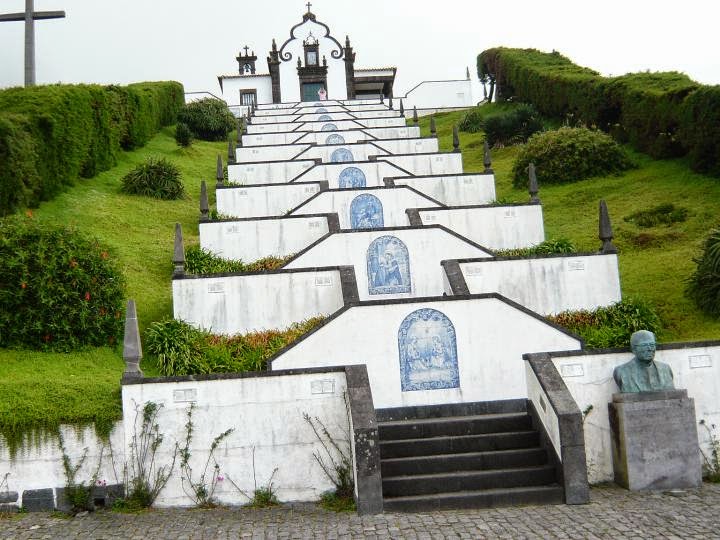 From there we went on to the Lady of Peace Chapel at Vila Franca Do Campo. 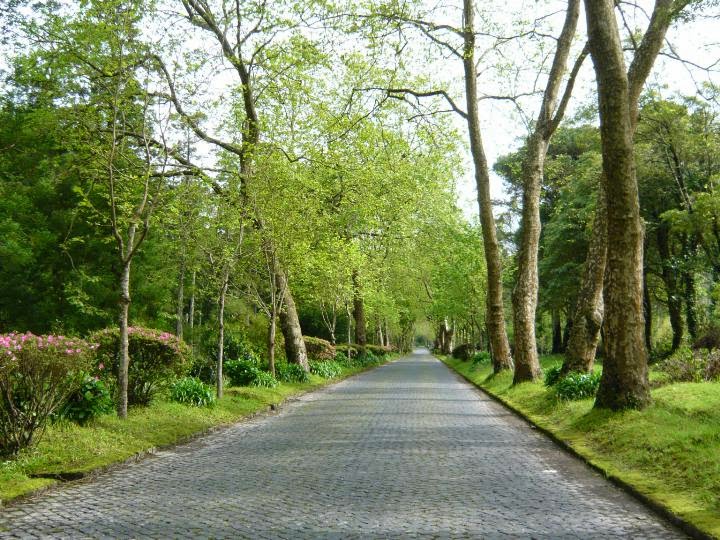 Then we went back down to sea level.The roads were all cobbled around here. 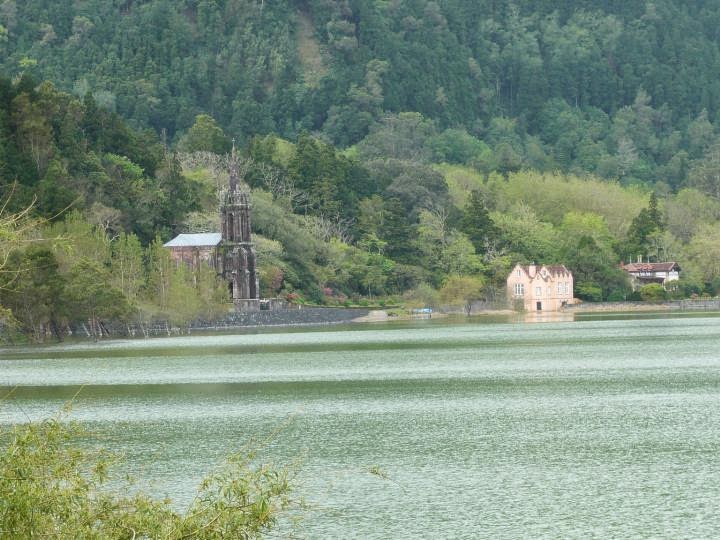 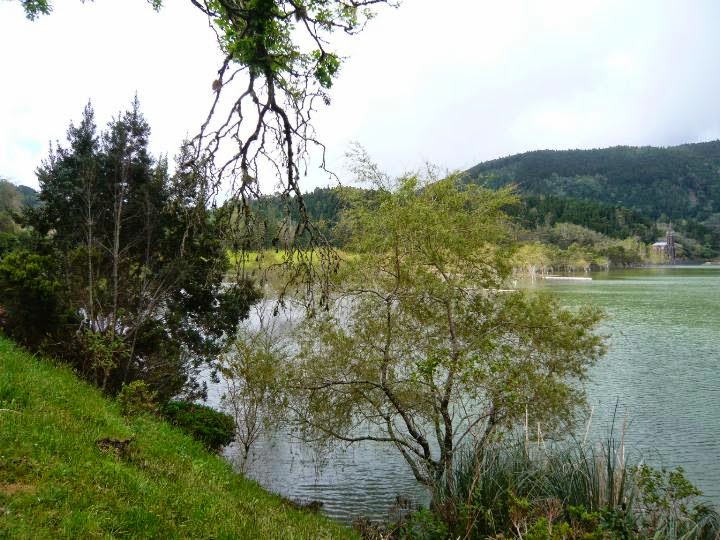 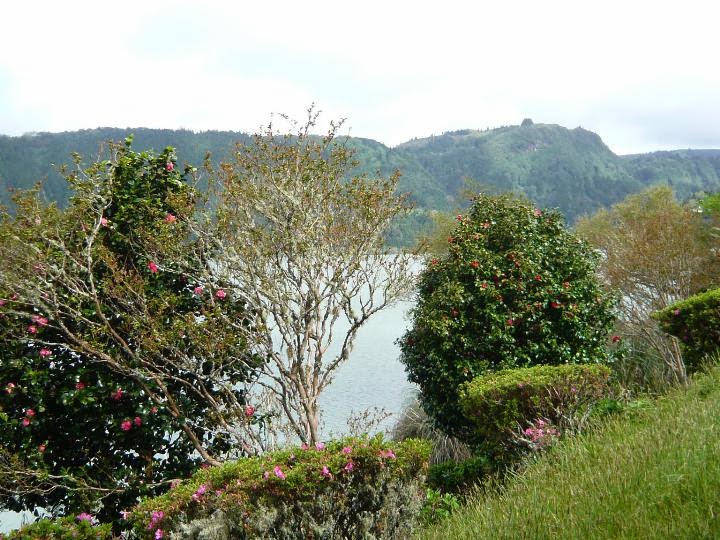 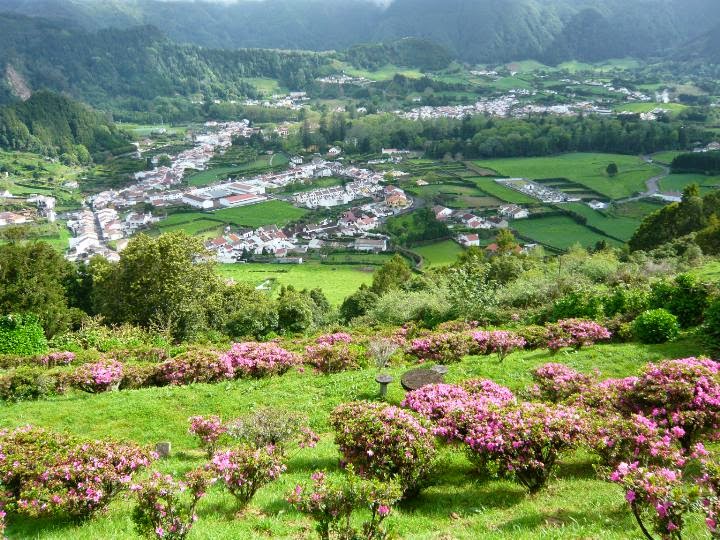 Looking out over the caldera at Furnas. 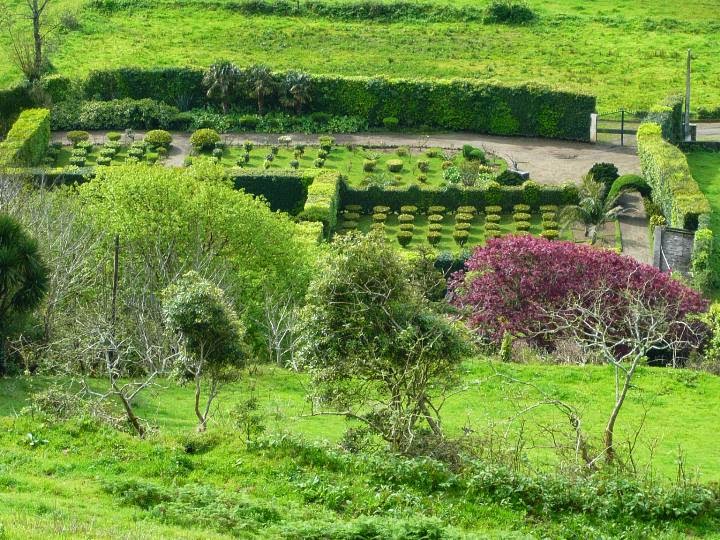 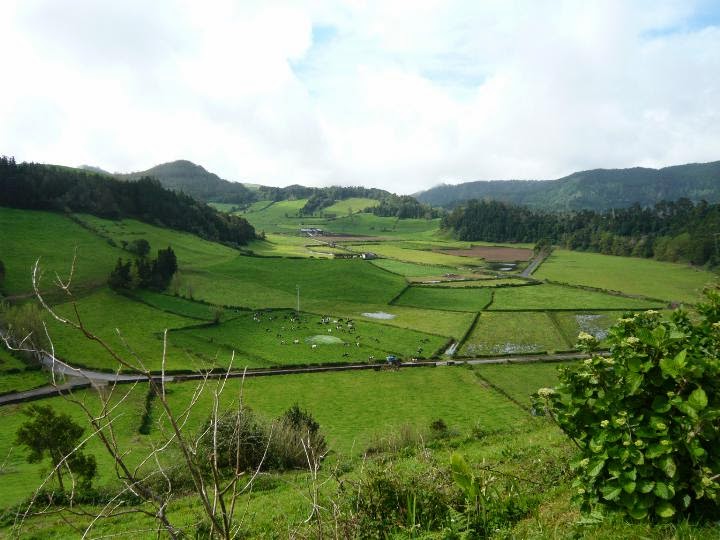 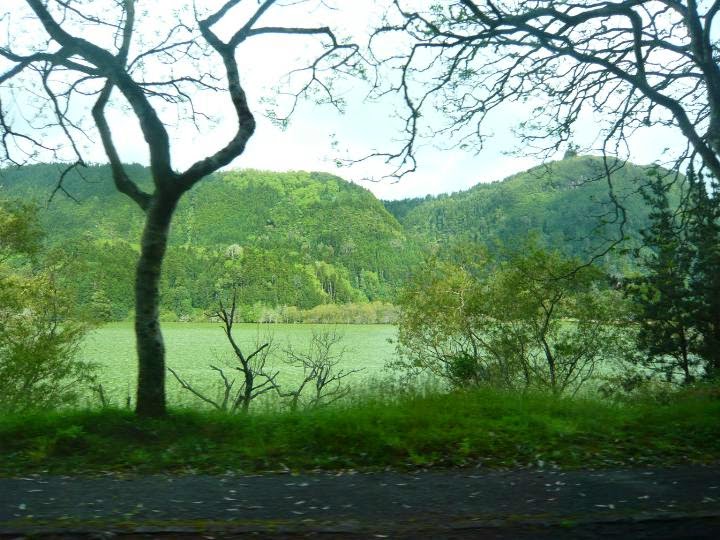 And back down to the lake. 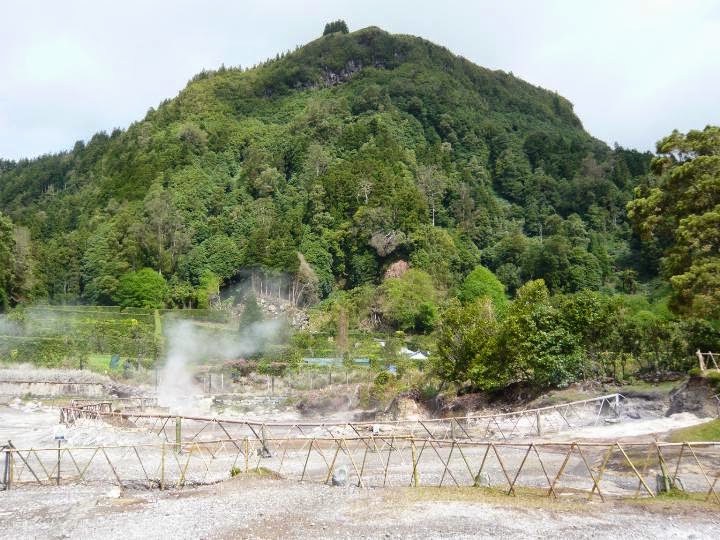 From there we went to see the boiling mud pots. 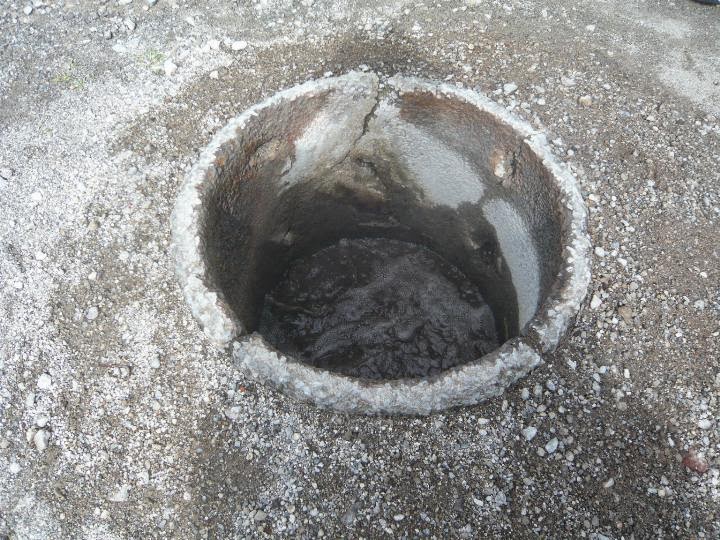 That is boiling volcanic mud at the bottom of the hole. Local people and several restaurants prepare a pot with various meat and vegetables and put them in the hole and cover them and leave them for several hours to cook. 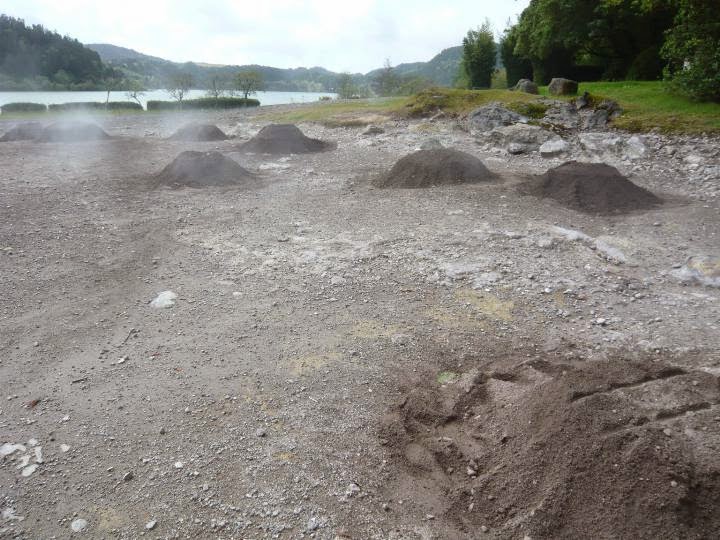 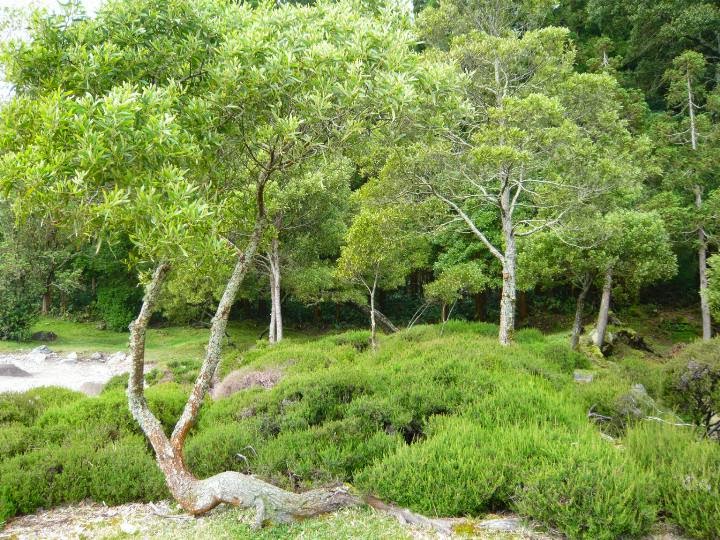 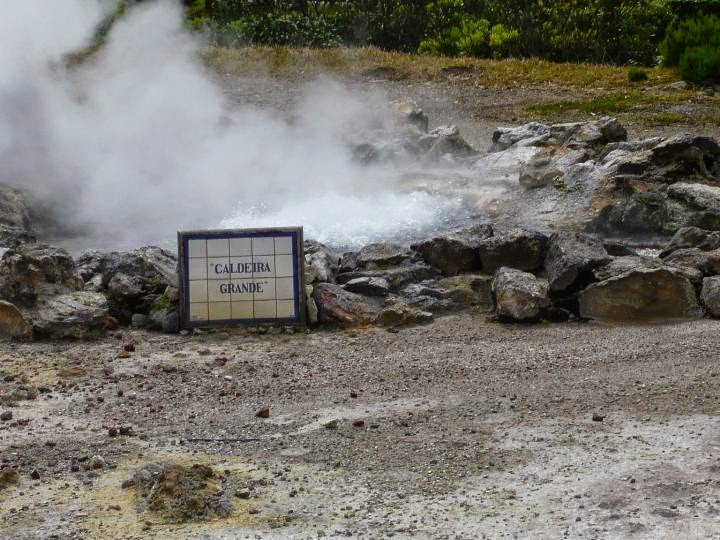 We then went a little further to the Fumarolas (hot springs) 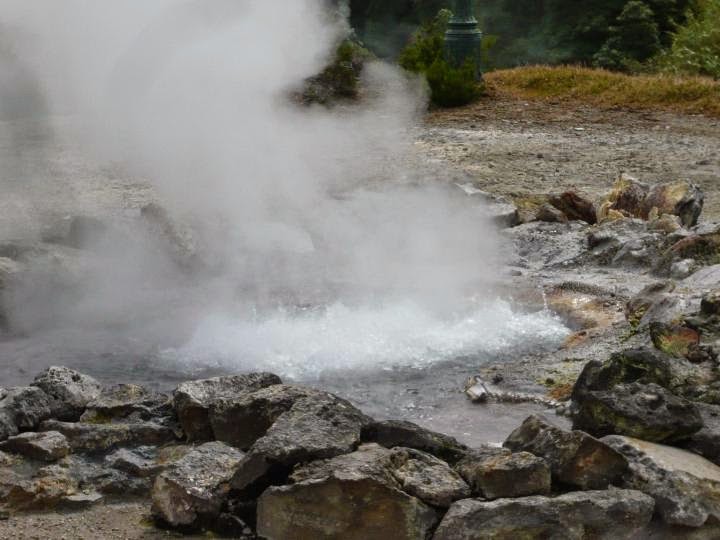 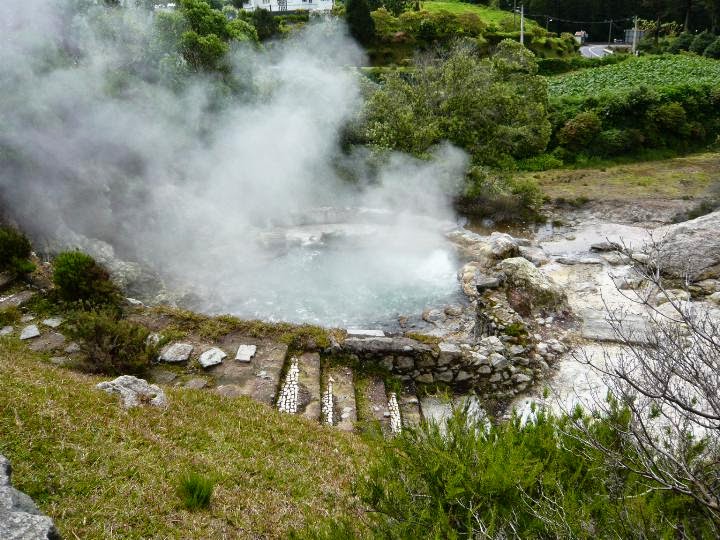 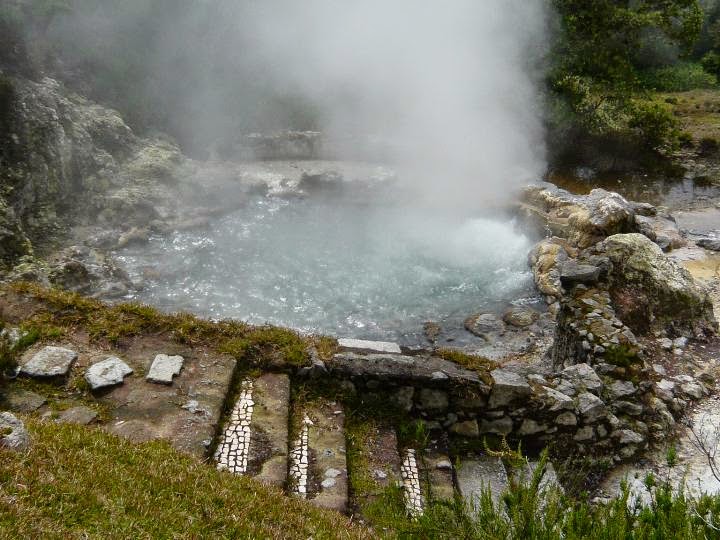 The smell of sulphur was very overpowering. We left there and headed up to the high ground again. That will follow in the next post.
Posted by Memories of Eric and Flynn at 6/14/2014 11:50:00 PM

Email ThisBlogThis!Share to TwitterShare to FacebookShare to Pinterest
Labels: the Azores, Transatlantic cruise

jackie...picture ten... furnace lake...I could live there !!! way awesome and very interesting about how the people put food in the pots in the lava....it was nice to see "Big E" with you on this trip...