Our next port was Cobh (pronounced Cove) and we caught the train from there into Cork. We had intended getting a bus from Cork bus station to Blarney, but when we got off the train we saw an open top bus in the station car park. It was doing a tour of some of the sites of Cork and then going on to Blarney where we could go back in 15 minutes or get the next open top bus back about 2 1/2 hours later, which we did. 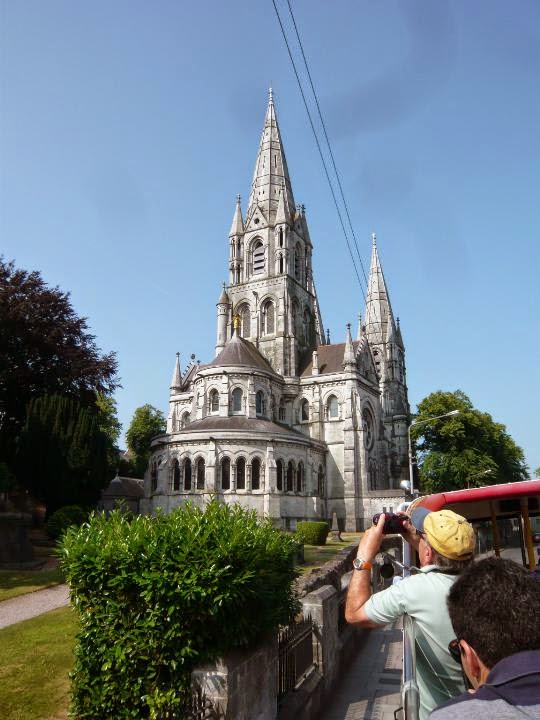 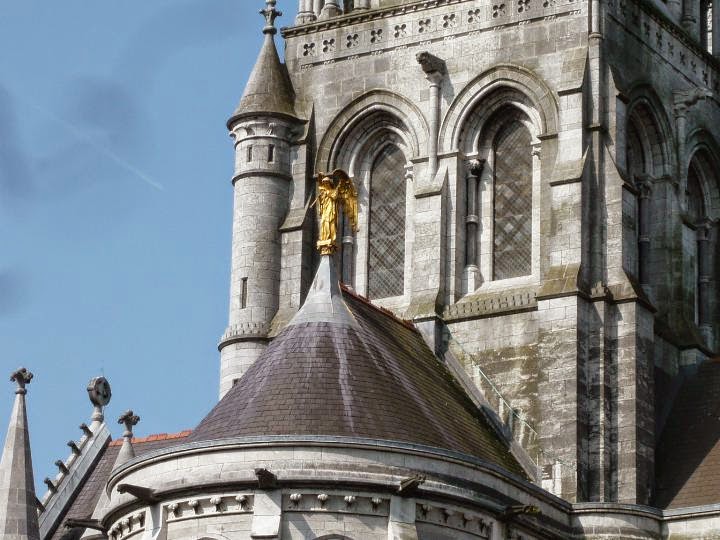 Statue of the Golden Angel on the Cathedral.
According to legend, the ringing of the angelic trumpets will sound to alert the people of Cork of the imminent end of the world and allow citizens to be among the first to enter heaven. 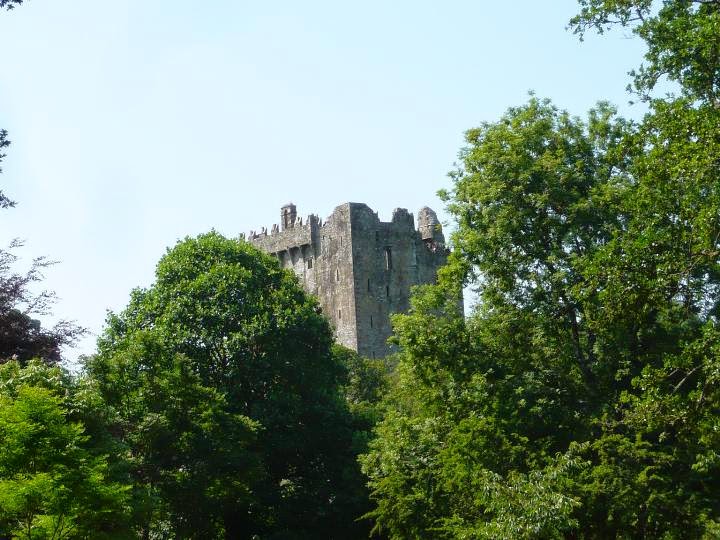 First view of Blarney Castle from the bus. 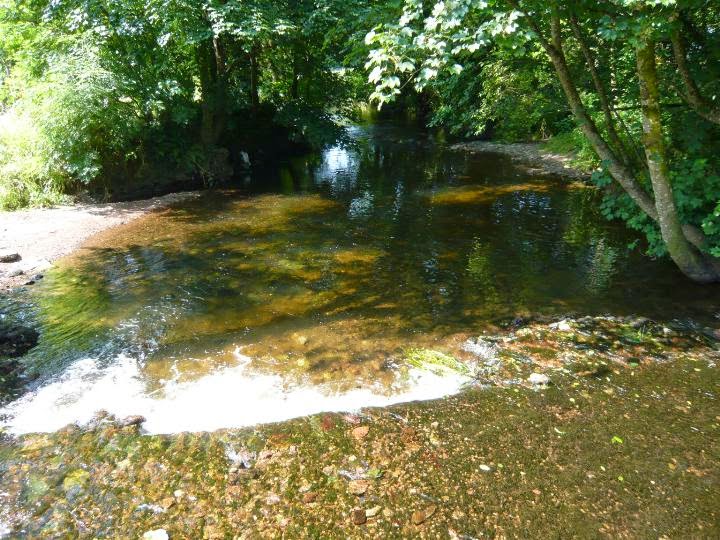 The bus took us right to the castle car park where we walked past the shops, pub and cafe and through a wooded area. 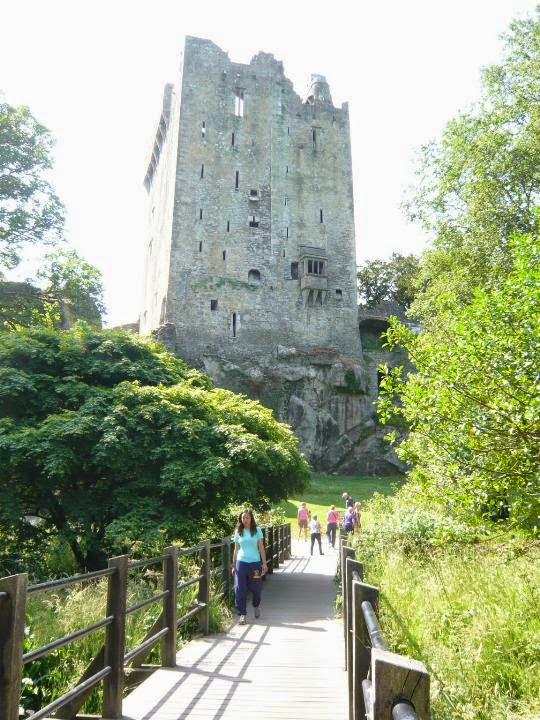 When we got to the castle we saw there was a long queue to kiss the Blarney Stone so we carried on to walk around the grounds. 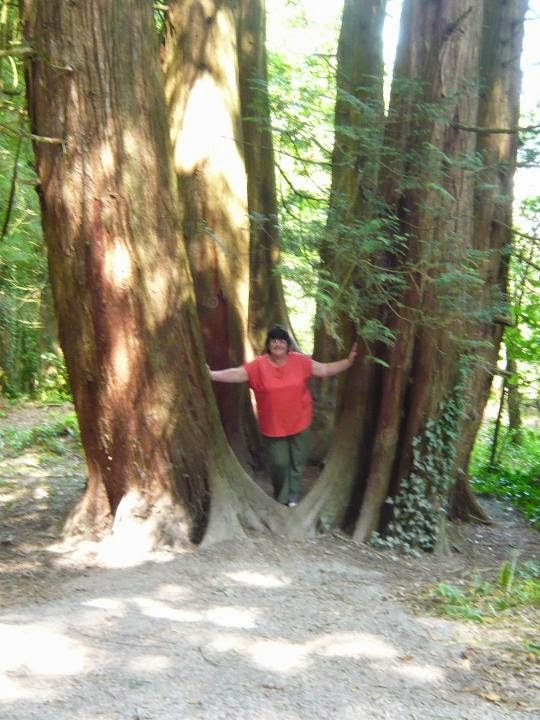 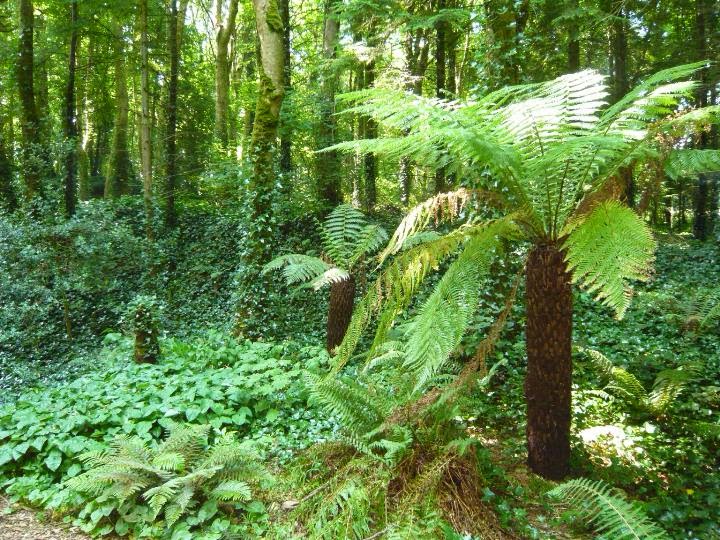 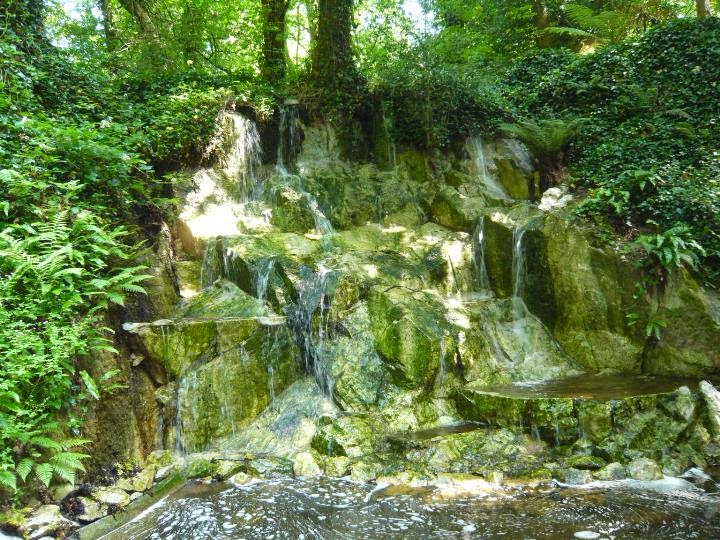 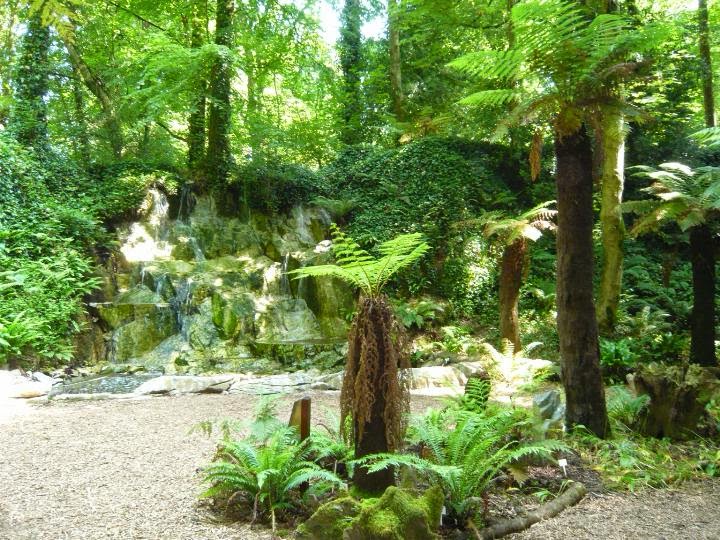 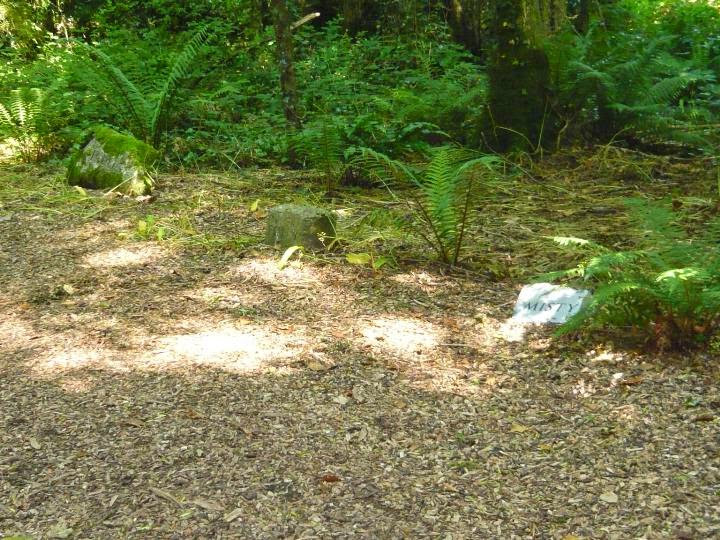 The Horse Graveyard where the family's horses were buried. 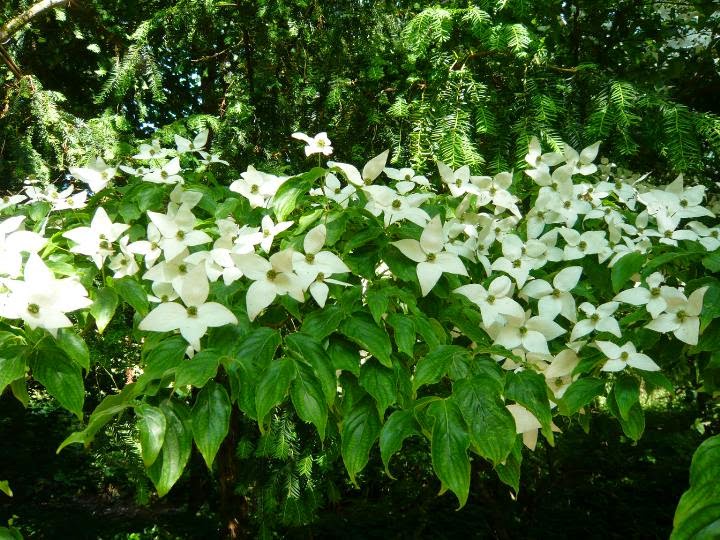 I don't know what these flowers are but they grow abundantly along the paths within the castle grounds.
After our walk we went back to the pub by the car park and had a late lunch and Guinness whilst we waited for the bus to arrive. 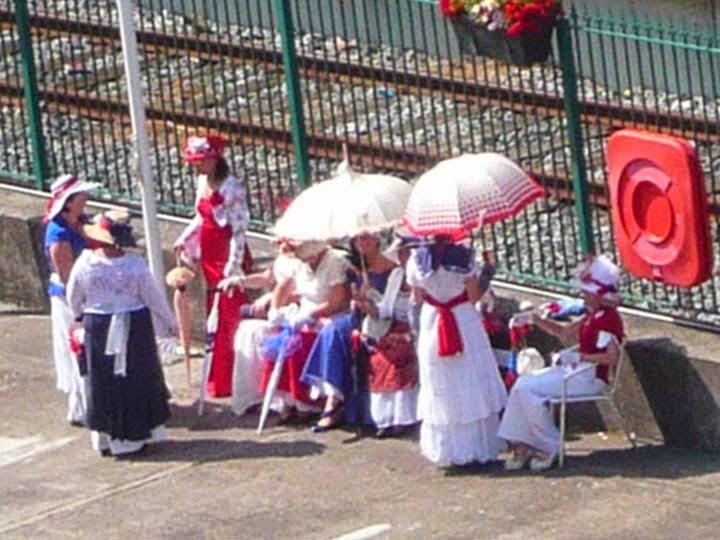 When we got back on the ship we heard Irish music and looked out over the balcony and saw people in period costume from the time the Titanic sailed. 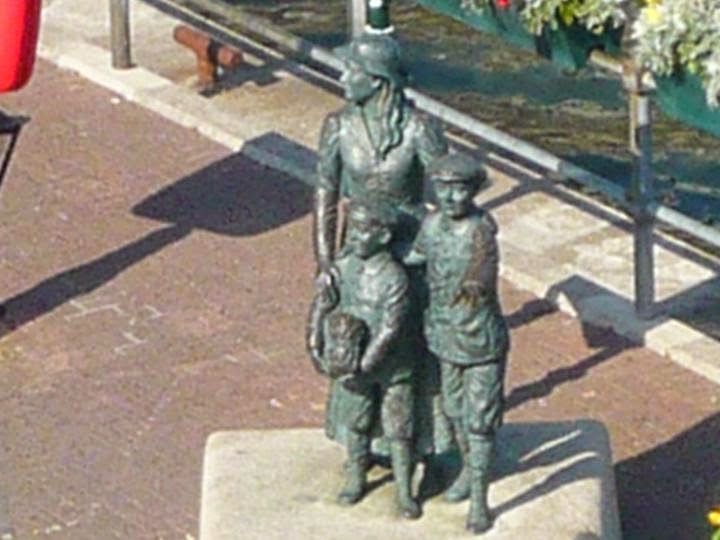 Statue of Annie Moore and her brothers.Annie was the first person admitted into the United States through the new immigration building at Ellis Island in New York City, January 1, 1892. 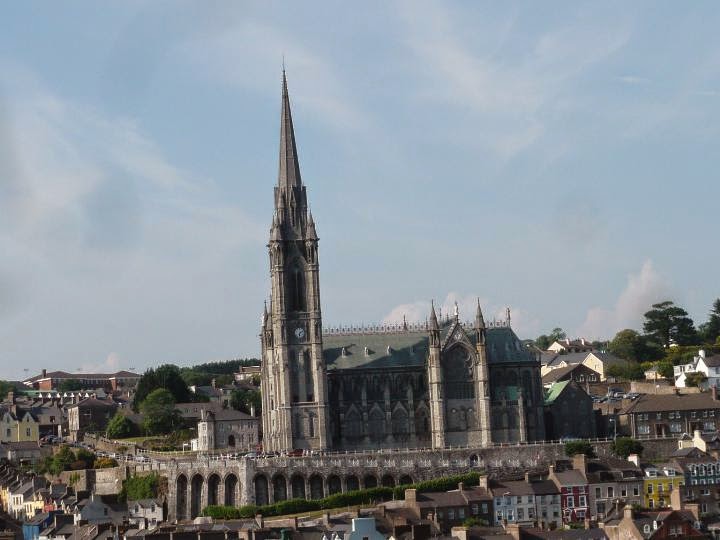 St Colman Cathedral from the ship as we left Cobh. 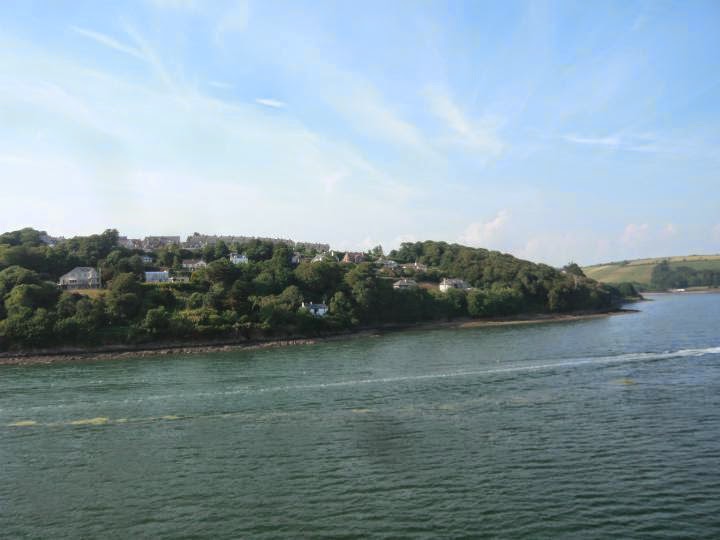