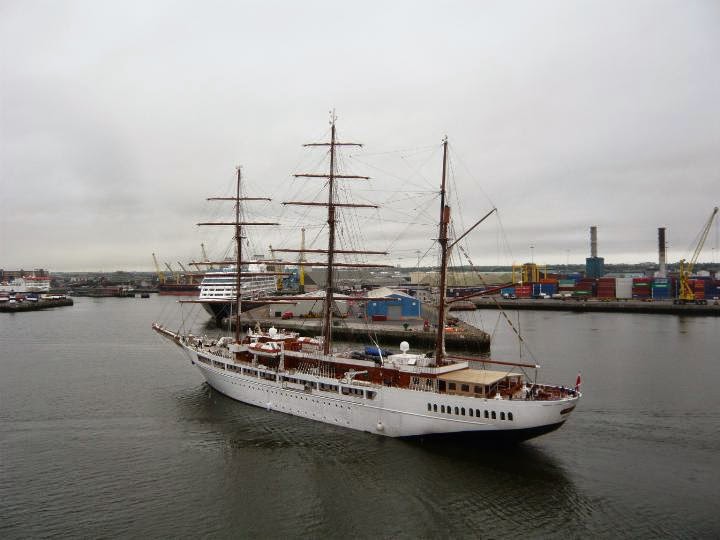 Our next stop was Greenock on the River Clyde in Scotland. 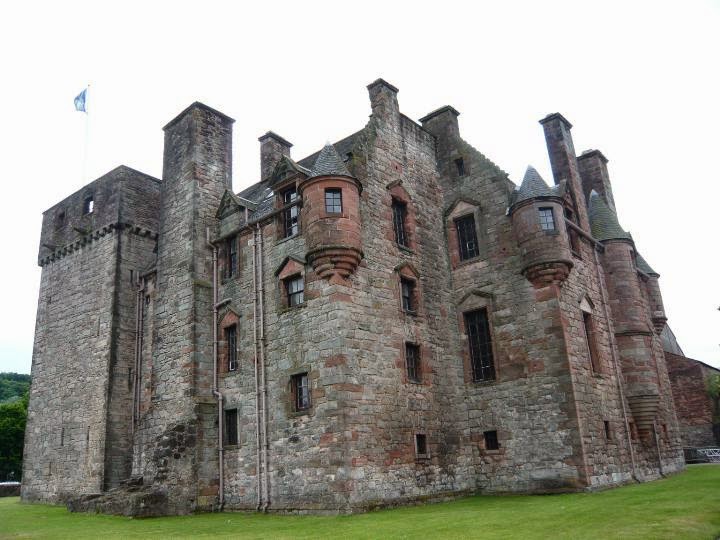 We have been there a few times before, so this time decided to take a short trip to Port Glasgow (not the same place as Glasgow) and see Newark Castle. 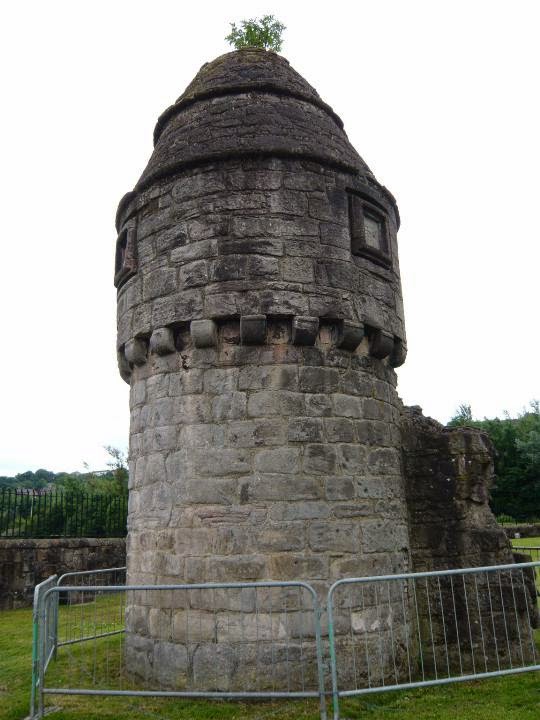 Built by George Maxwell in the 15th century, this still virtually intact castle was enlarged by his descendent Patrick Maxwell in the 16th century.
Patrick was infamous for murdering two of his neighbours and beating his wife of 44 years who bore him 16 children.
The oldest part of the castle is a tower built soon after 1478, with a gatehouse. The connecting range was added in 1597-1599 Patrick Maxwell. 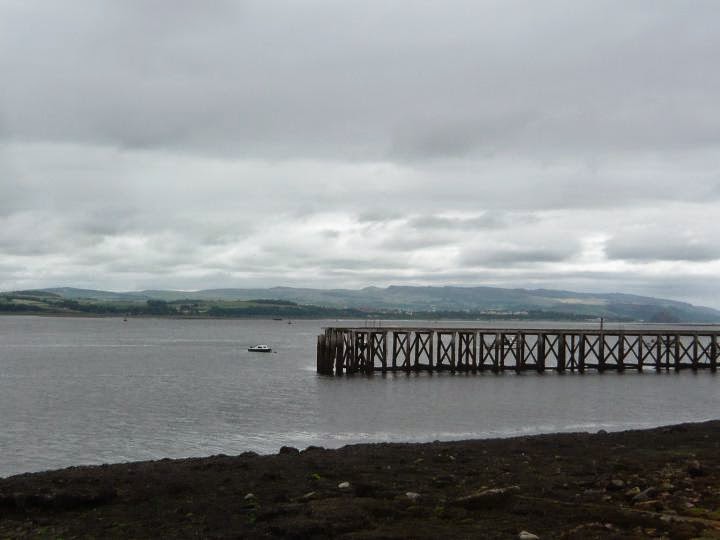 River Clyde from the castle grounds. 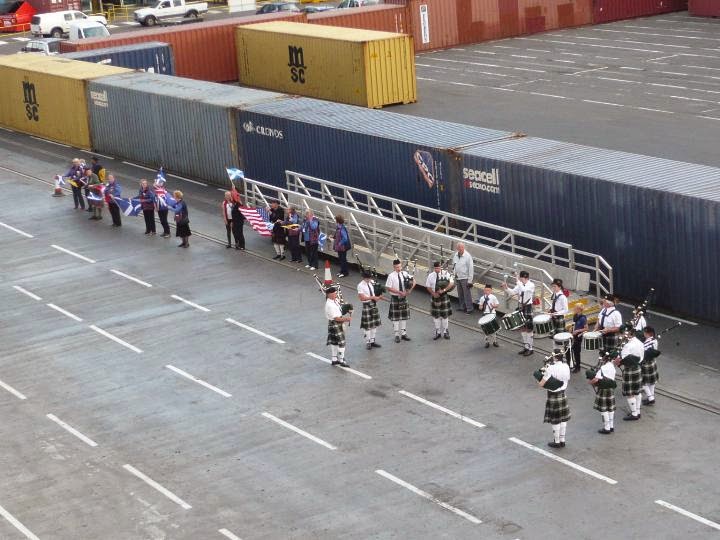 Send off from the pier. 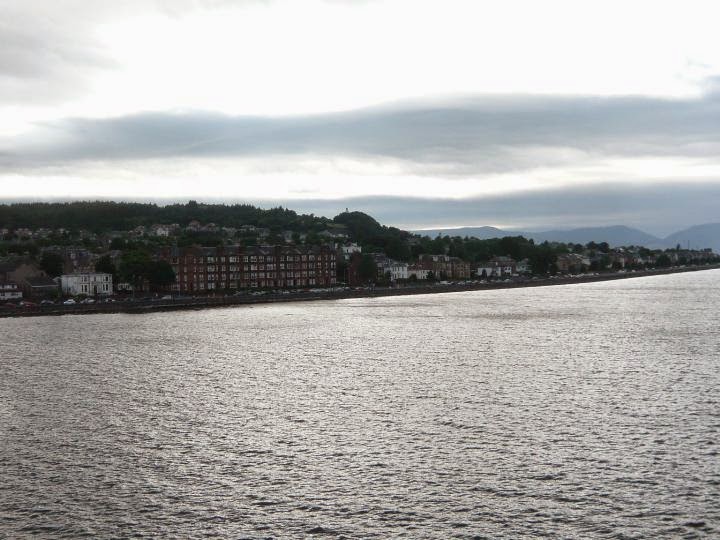 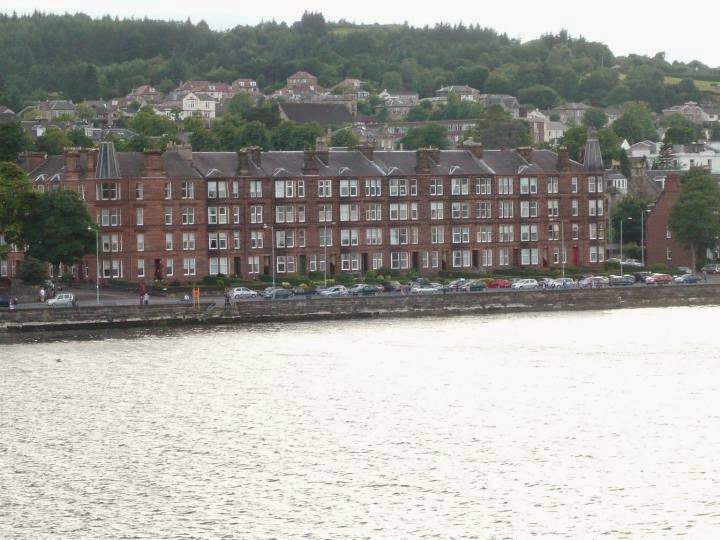 Passing the long promenade which we have walked along several times. 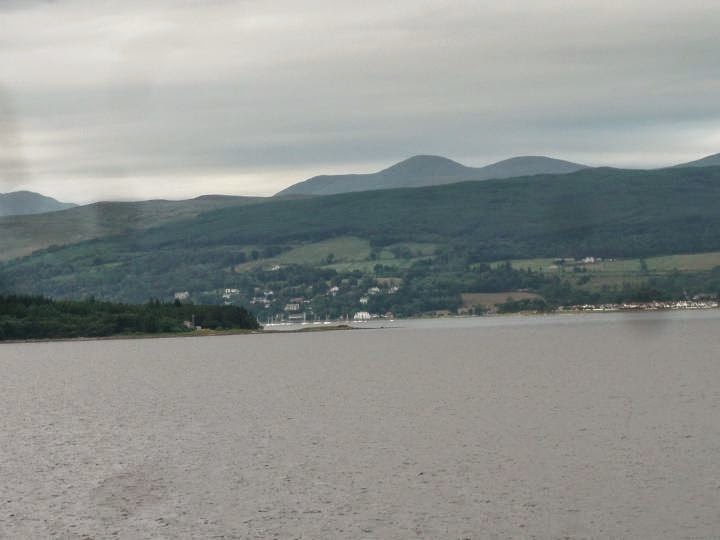 Leaving Clydebank and heading for the next port of Belfast Northern Ireland.