Before leaving home I had booked a private tour in Northern Ireland and we were part of a party of 18. The minibus was waiting for us at the dock and we set off towards Ballintoy. 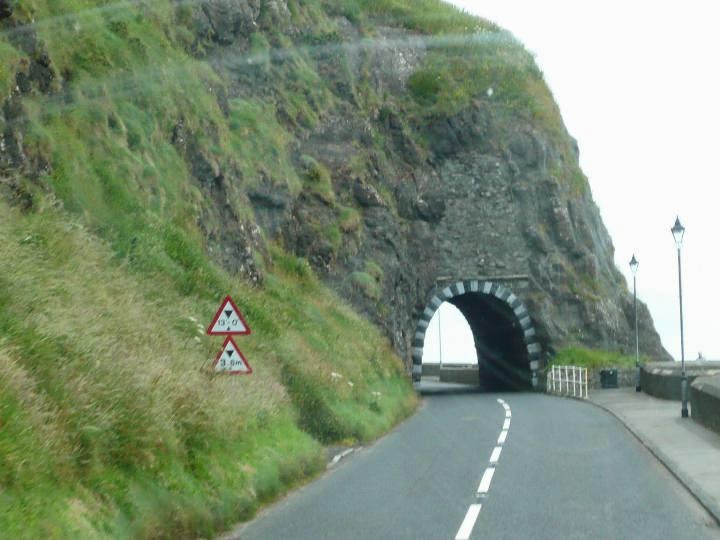 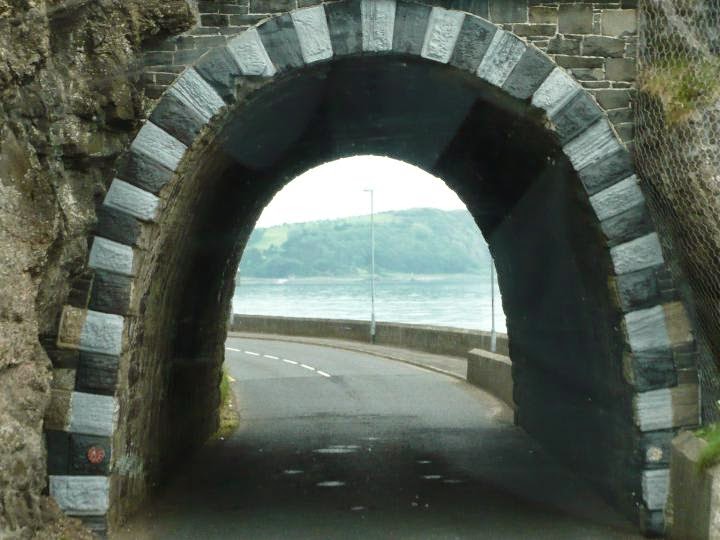 These photos are not as clear as I would have liked as they are taken through the windscreen of the minibus as are some later photos.
We took the scenic coastal road towards the Giant's Causeway. 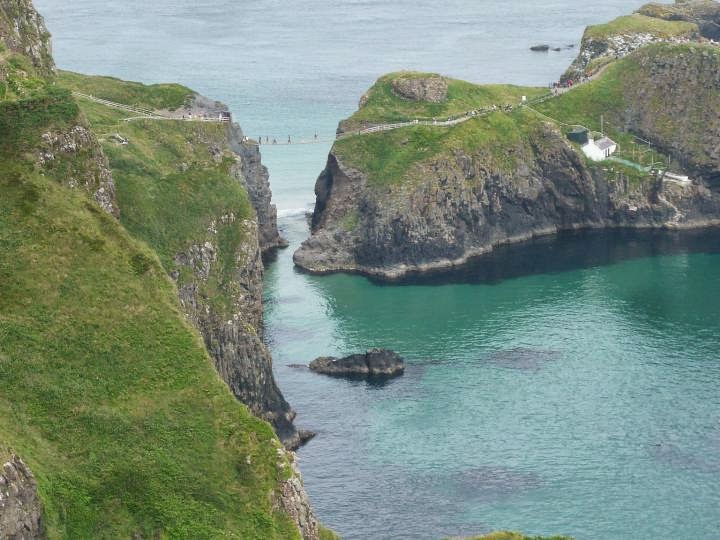 On the way we had a short stop to look down on the Carrick-a-Rede rope bridge. 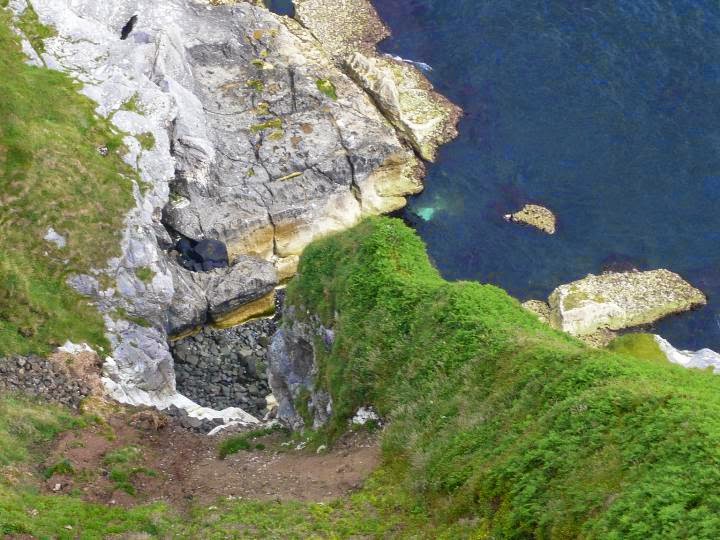 Then on to the Giant's Causeway. 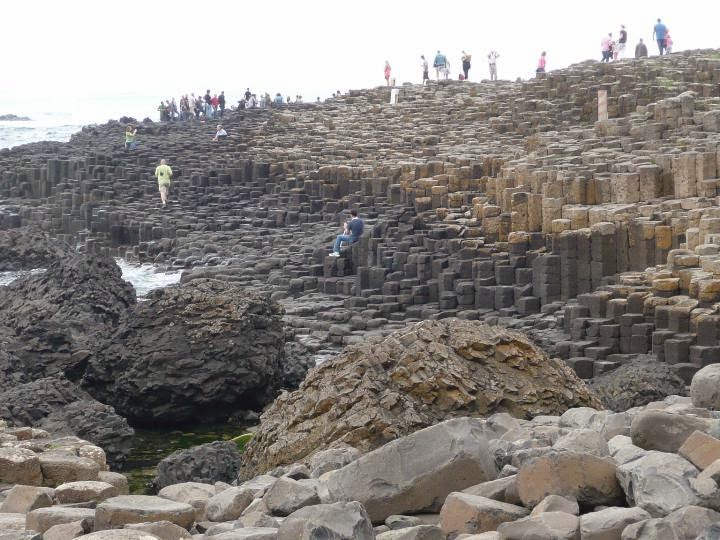 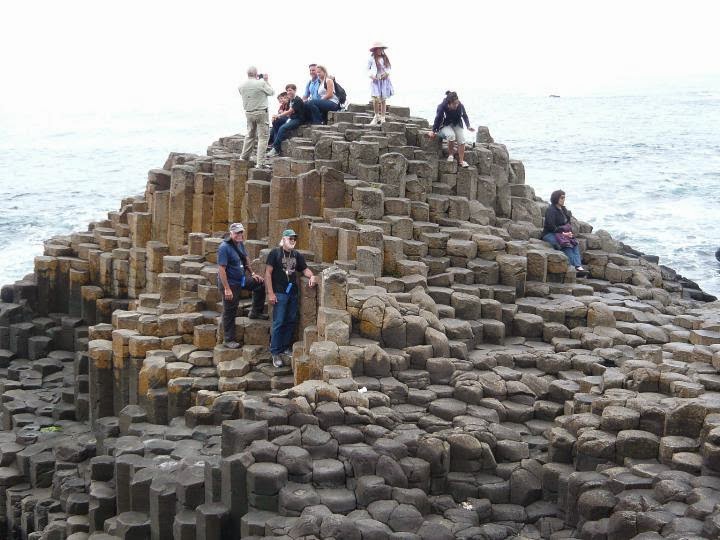 We had seen photos of the basalt pillars before, but it was only when we saw them close up that we realised just how big they are. Some are 12 metres (almost 40 feet.) 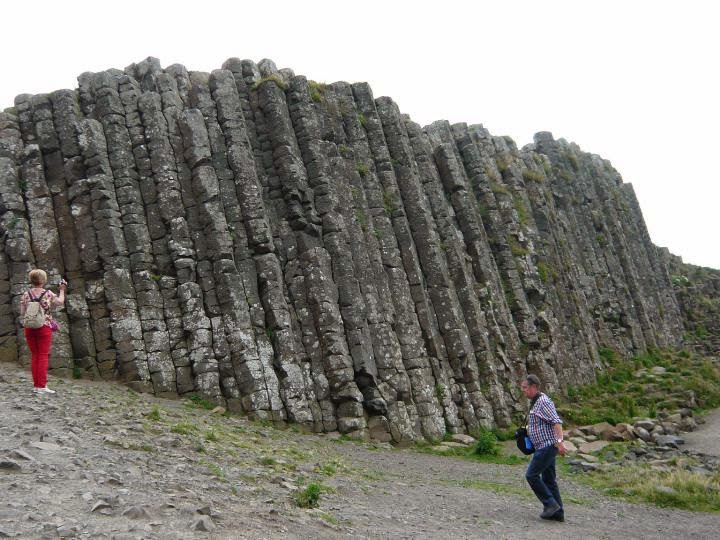 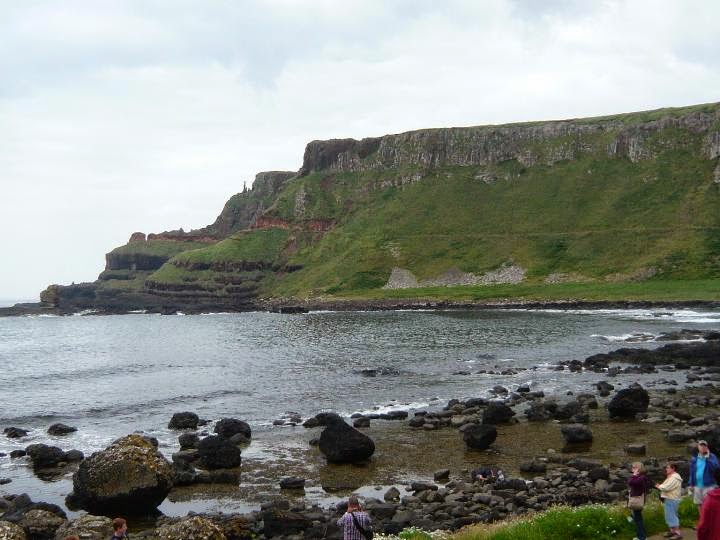 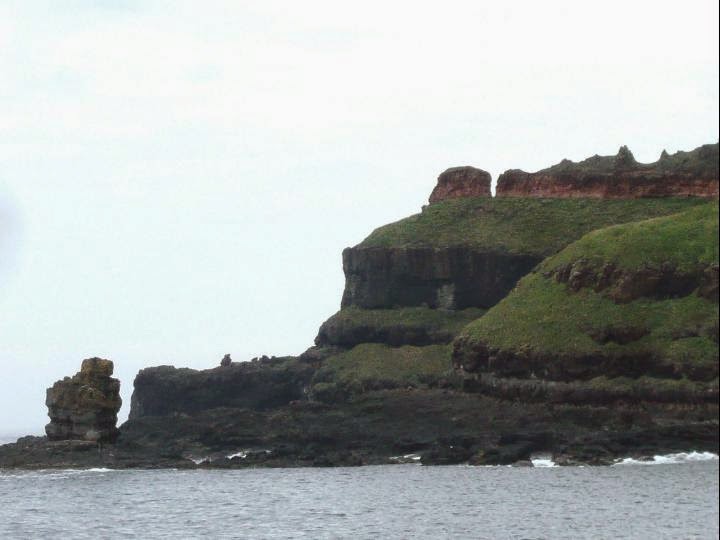 After a good walk around and a visit to the visitor centre we reboarded the minibus to head towards the Bushmills Irish whiskey distillery and lunch which will follow in the next post.
Posted by Memories of Eric and Flynn at 9/01/2014 11:49:00 PM