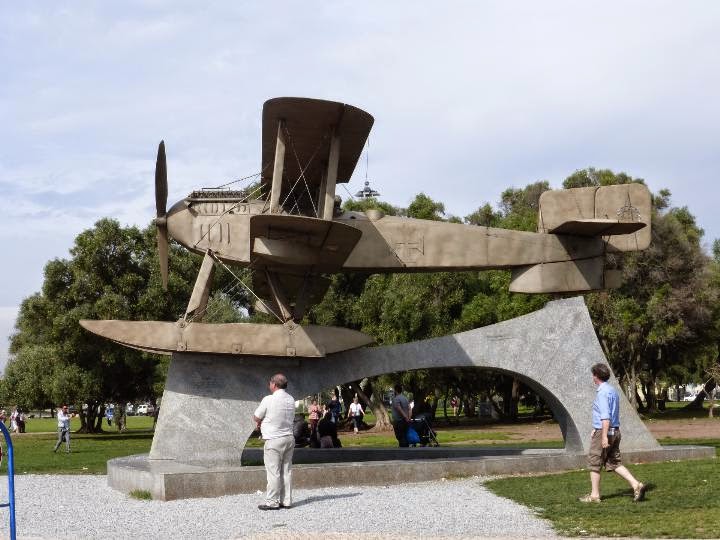 Continuing our tour of Lisbon,we saw this monument to the first flight across the South Atlantic by Portuguese naval aviators Gago Coutinho and Sacadura Cabral in 1922. 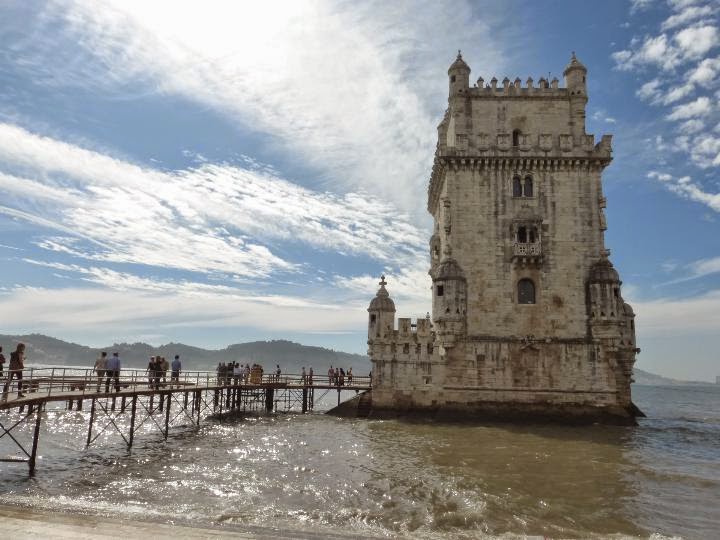 We continued walking through the park and came to the Belem Tower. It was built between 1514 and 1520 as part of the Tagus estuary defence system. 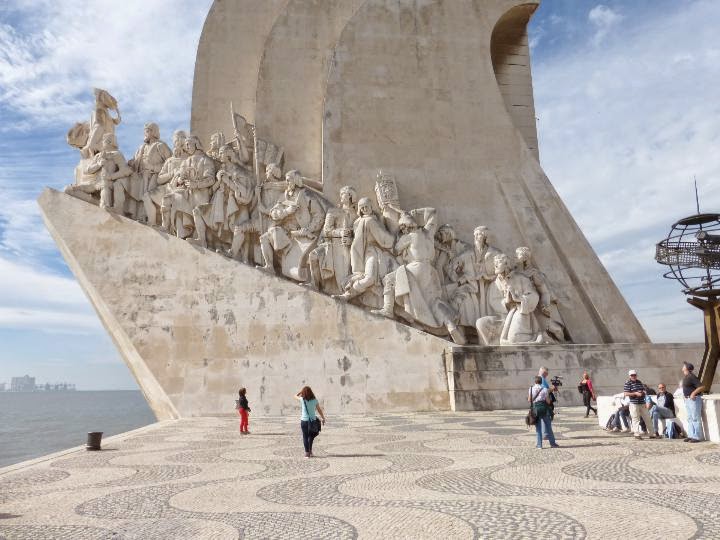 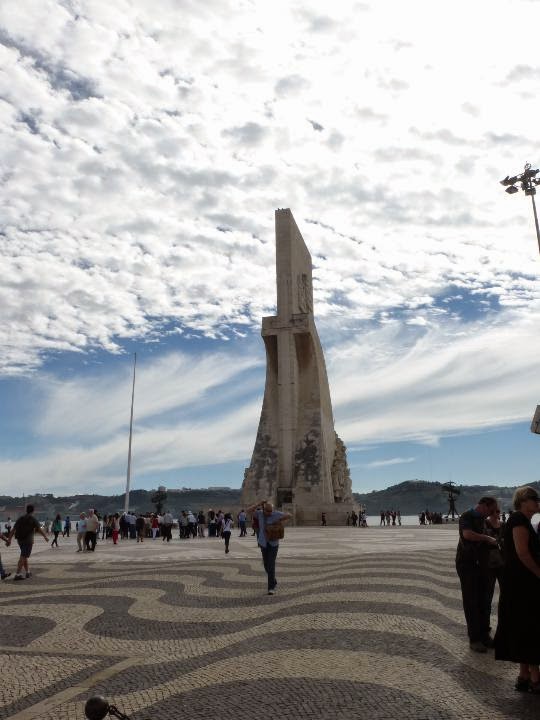 The monument we see today is an exact replica of the original one. It was was built in 1960 on the occasion of the 500th anniversary of Henry the Navigator's death. 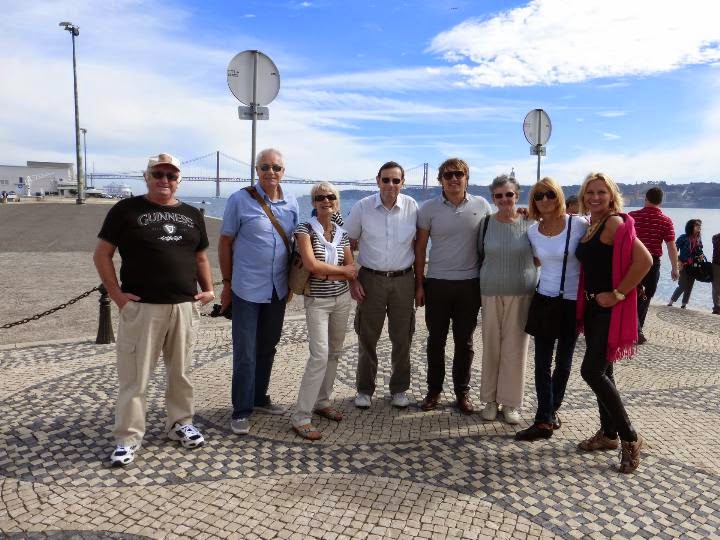 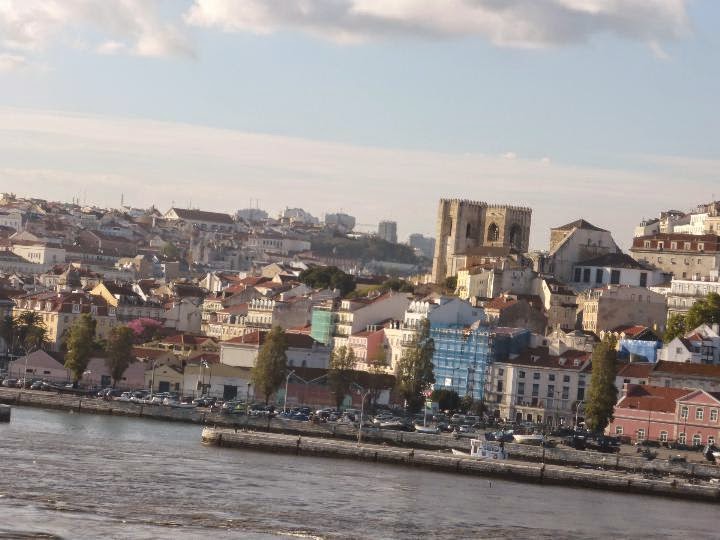 Views of Lisbon as we sailed down the River Tagus . 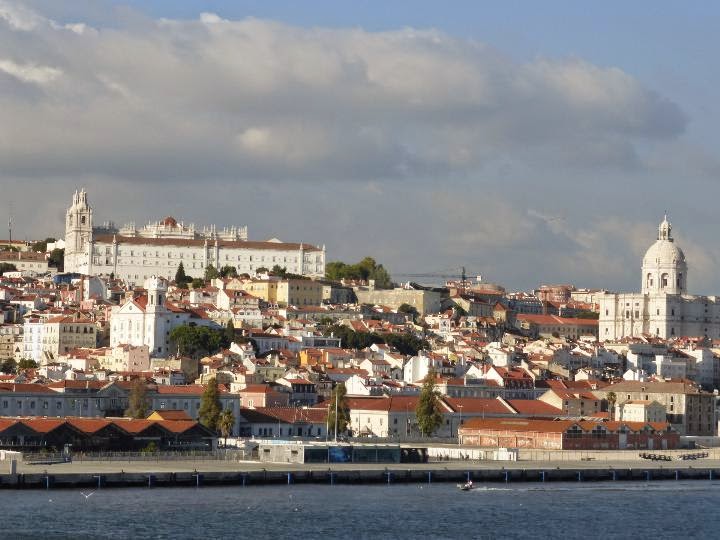 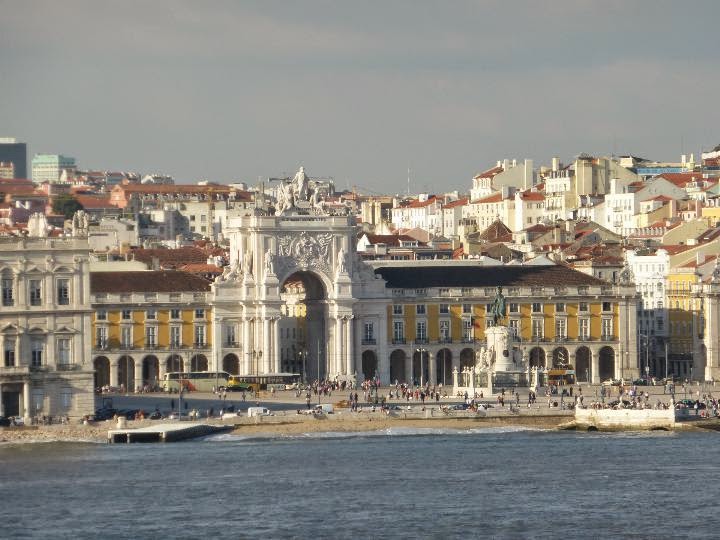 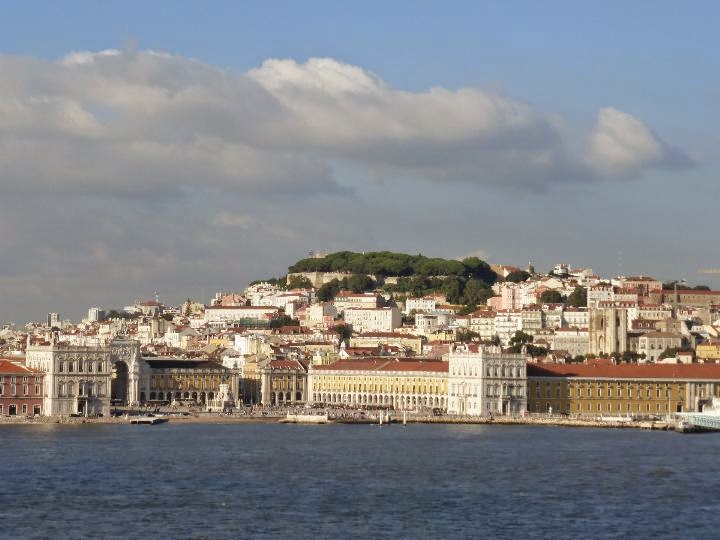 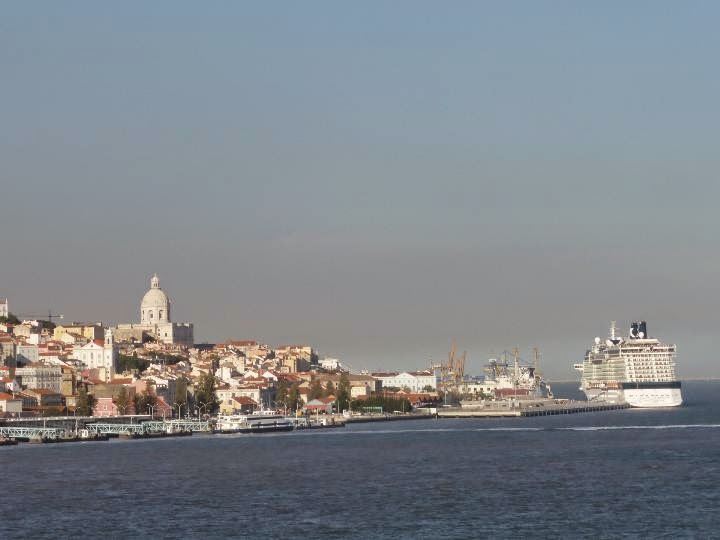 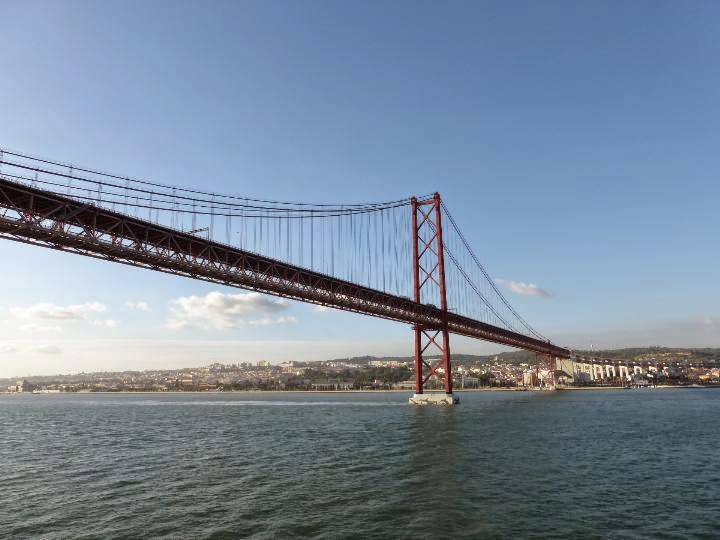 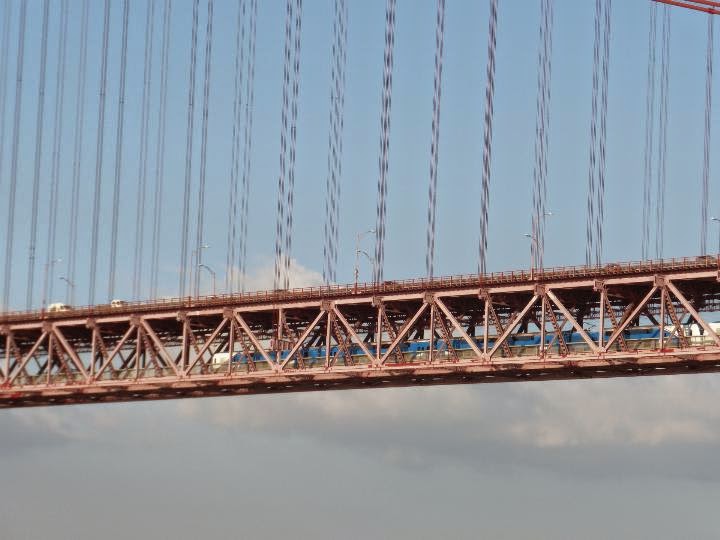 Cars above, train below. 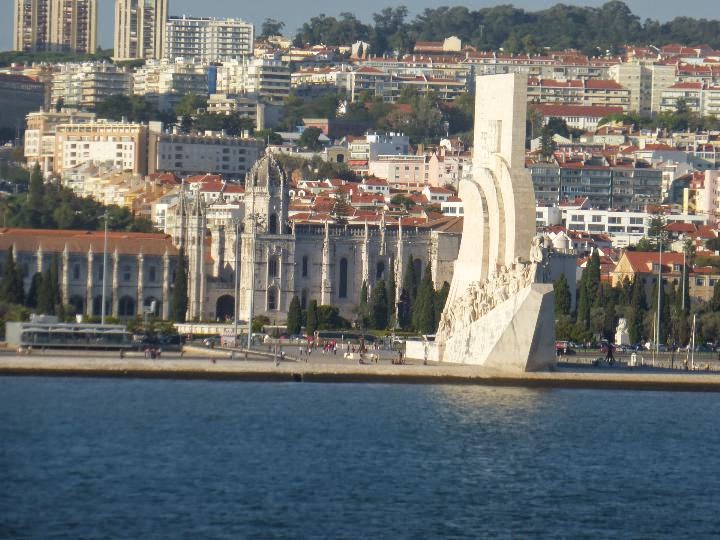 Monument of the Discoveries. 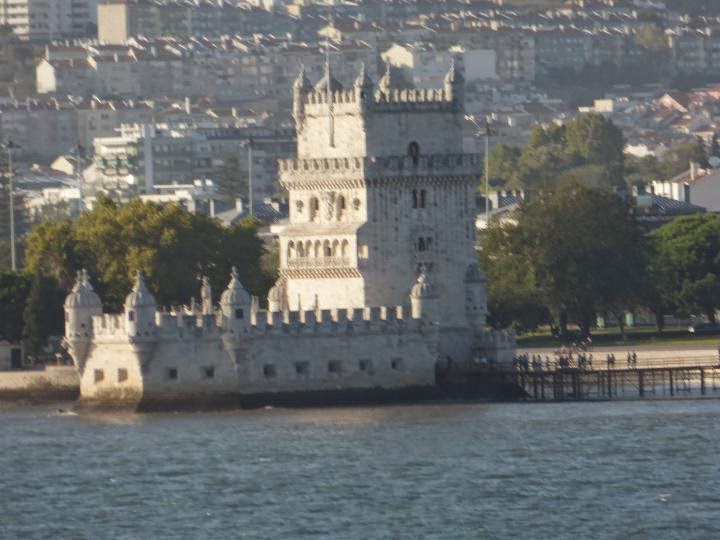 I've never been one much for "cities"... but Lisbon is neat !! and Lord, the carving on the monument...beautiful...very very talented stone carver(s)and the bridge looks like the golden gate in san francisco ♥