It has been far too long since I last updated and I am nearly 2 years behind now.
After Lisbon we arrived at Las Palmas on Gran Canaria. 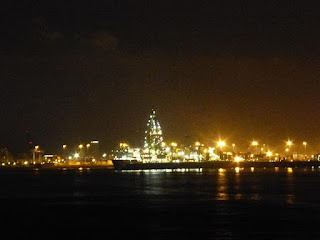 As we approached in the early hours, I thought this was a boat lit up but in fact it was a building beyond the pier. 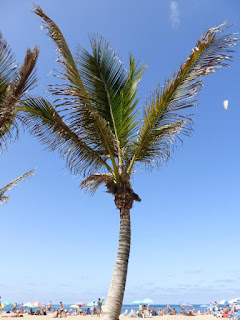 We didn't do much there, just wandered around, had a drink or two and relaxed and just took some general photos. 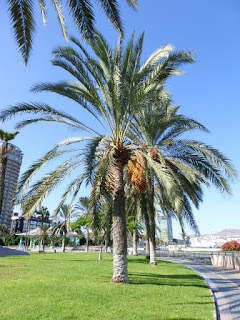 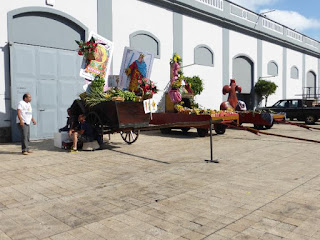 They were having a fiesta that evening and were getting some of the displays ready. 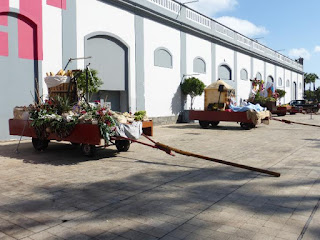 Then we sailed on to Santa Cruz on Tenerife where we had booked a tour with a few other people. 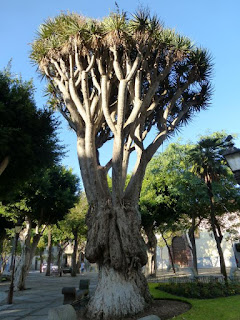 Once there we headed for the town of La laguna.
This is a Dragon tree which is native to Tenerife. There is one growing on the island which is said to be 1000 years old. 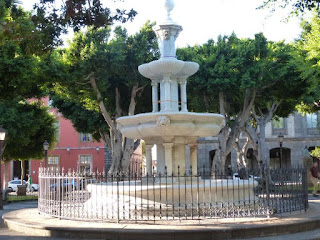 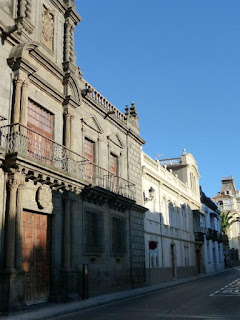 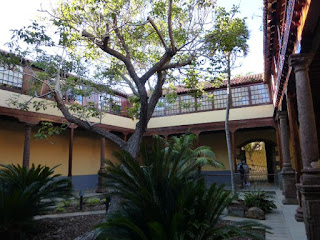 Most of the houses opened on to their own courtyards. 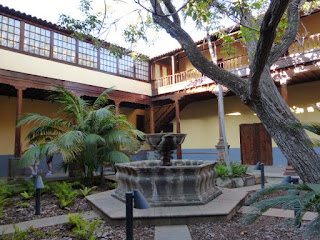 Even though they are open, they are surprisingly cool from the sun. 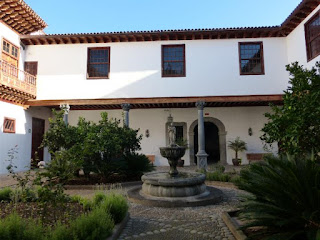 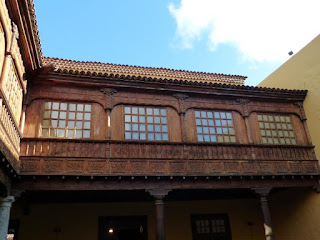 They all had balconies with ornate carving.
From there we walked to the market but no photos. A market is a market wherever you go. 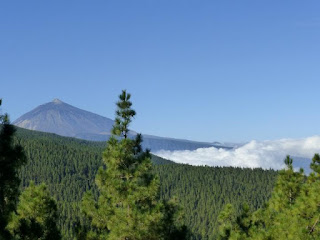