After leaving Tenerife, our next stop was Lanzarote. 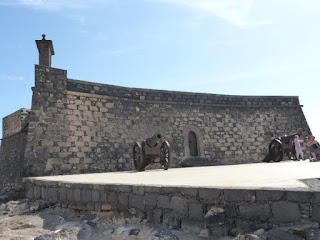 We didn't do a lot when we got there, just strolled around. This is the Castillo de San Gabriel.

The Castillo de San Gabriel was first built in 1574 in order to defend Arrecife Harbour.
However it was destroyed just a few years later by the Algerian Pirate Morato Arraez in 1586.

The castle was then rebuilt in 1599 and was used for military purposes right up until the 1950s.
It now houses an archaeological Museum. 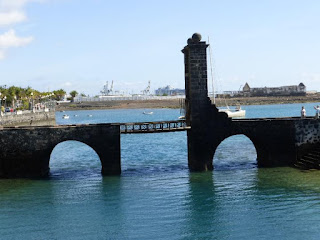 The Puento de las Bolas is the drawbridge entrance to the Castillo de San Gabriel and dates from 1559. 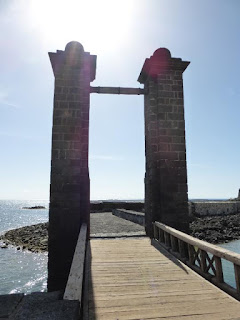 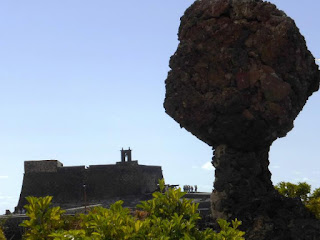 The following are various photos I took as we walked around. 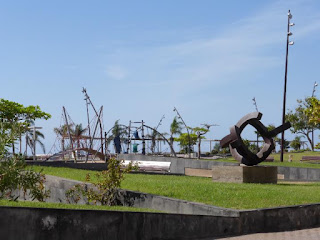 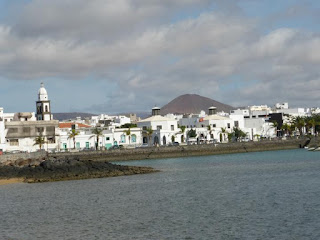 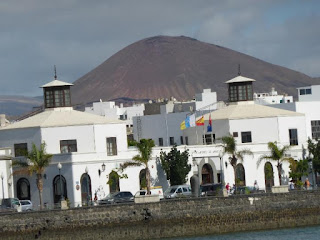 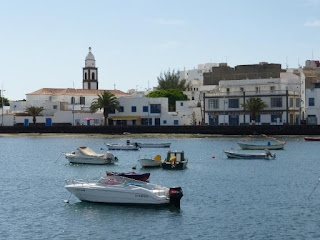 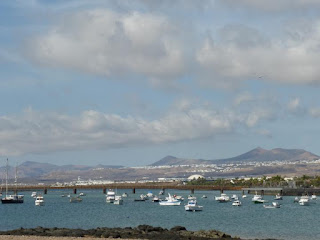 Beautiful! Must commit these to memory for Sammy's blog!!! LOL!!! xoxo