So on to Tallin in Estonia.
If we haven't organised a tour we take the hop on hop off bus, and that is what we did here. We usually do the full route first to decide where we want to get on and off. 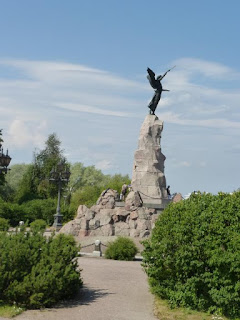 This is the Russalka Memorial to those who lost their lives in the Gulf of Finland in 1902 on the Russian naval vessel of that name.
We decided not to get off here as we wanted to spend more time in the Old Town later. 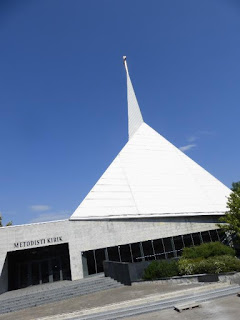 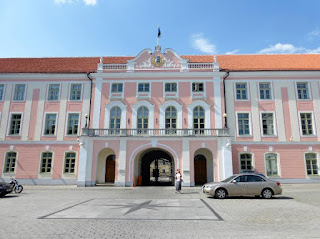 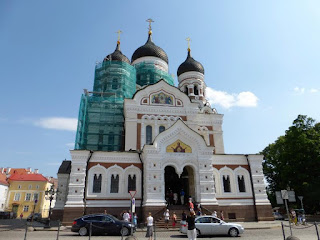 By now we had arrived at the old part of the city so got off at the Alexander Nevsky Orthodox Church which was built in 1900. We decided to walk past there for now and have a closer look on the way back. 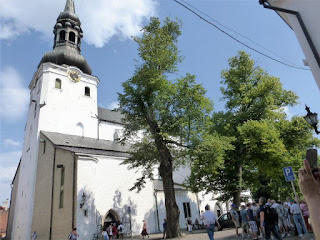 A little further on we came to St. Mary's Cathedral on Toompea Hill. This is the oldest church in Tallin and was built in 1240. 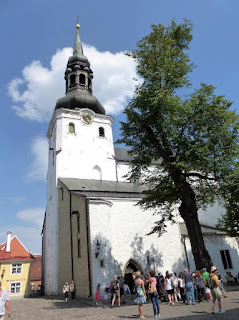 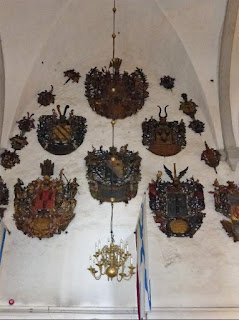 Inside there are many family crests on the wall. 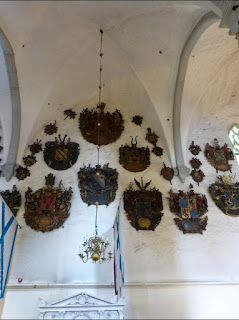 Apparently there was a lot of one upmanship back then, and the families tried to have a bigger crest than their neighbours. 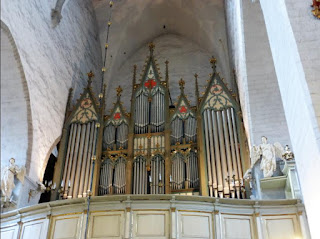 The organ is the largest in Estonia and has over 5,000 pipes. 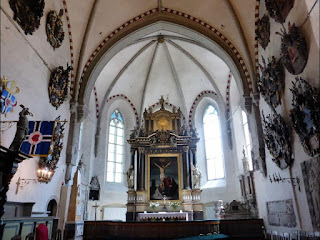 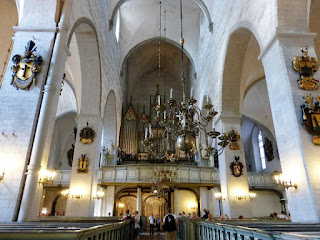 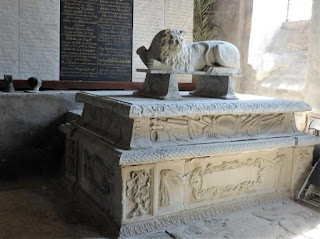 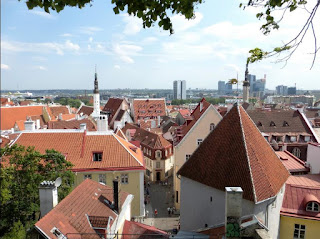 Coming out of the church we had a good view of the Old Town. 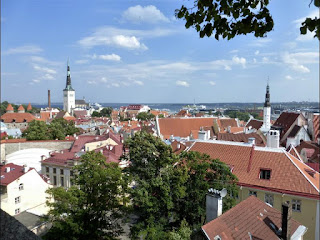 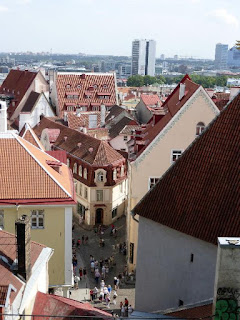 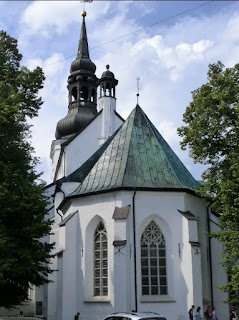 A view of the other side of St. Mary's Cathedral. 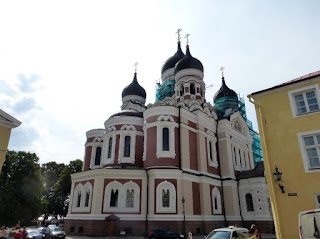 We walked on and came to the back of Alexander Nevsky church. 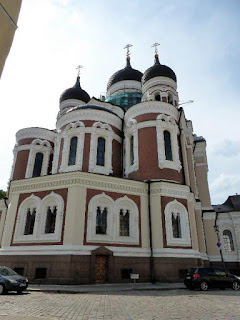 Time was going on so we walked part way down the hill to catch the next hop on hop off bus. 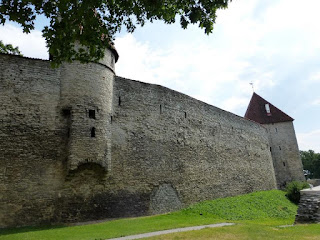 Heading back to the ship, we got a good view of the Old Town wall. 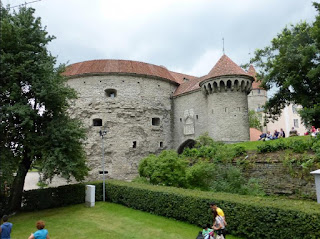 Fat Margaret Tower (Paks Margareeta) was built in the 14th century as a coastal defence. It now is home to the maritime museum. 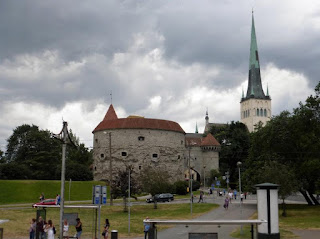 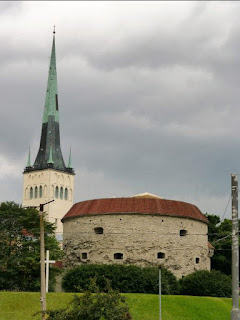 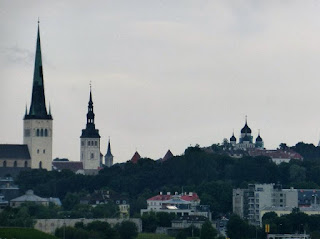 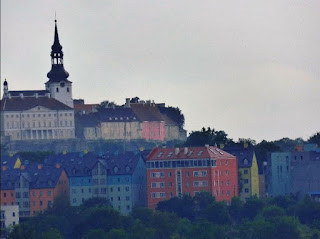