We took a cruise to Scandinavia in the beginning of June (which I haven't posted yet). When we got back to Southampton we knew that Virginia was over from France again because her Percheron, Vidock, was taking part in the British Percheron Centenary event which you can read about here. It was being held at the South Weald Living Museum which was also holding the centenary of the First World War.
As it was less than an hour from the port we had decided we would go on to it instead of going home. 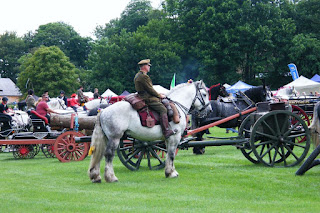 Vidock was the War Horse and followed the gun. 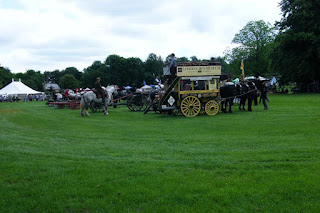 It was interesting to see so many horse drawn vehicles from 100 years ago. 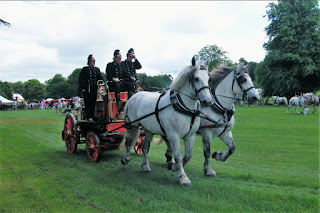 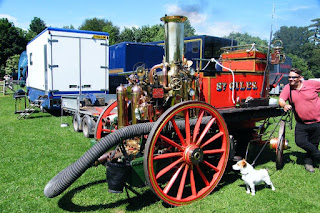 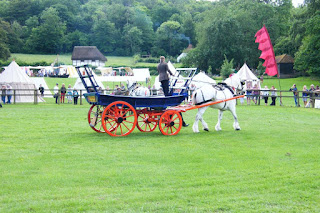 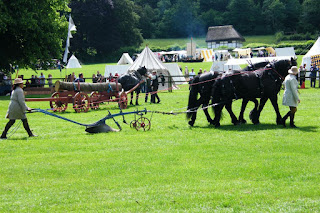 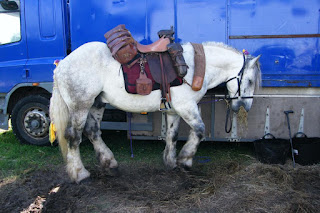 Vidock having a well earned rest between appearances. 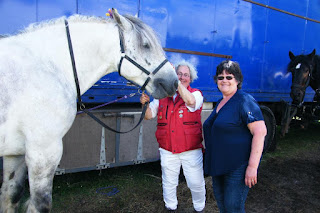 We took the opportunity to talk to Virginia, 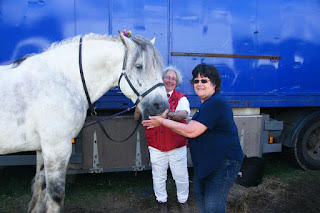 And give Vidock some treats. 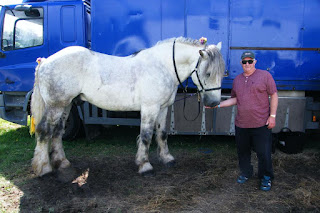 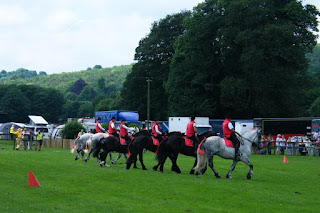 This is the Musical Ride ride performed by visitors from France. 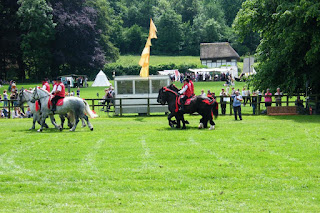 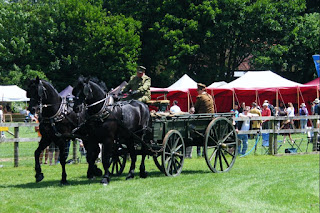 They had a very moving re-enactment called Letters from the Field where letters were read by the wife to her husband who was away fighting and his replies to her. It was made even more poignant by having the different horses and carriages to illustrate the letters. 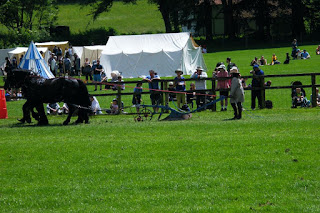 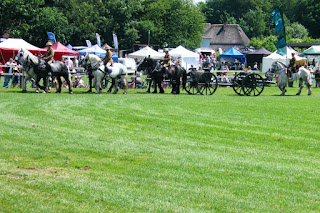 Vidock's return to the arena following the gun carriage. 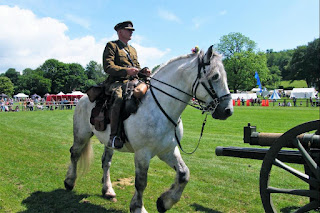 He and his rider, Mr.S really looked the part. Vidock did everyone associated with him and particularly Virginia proud. 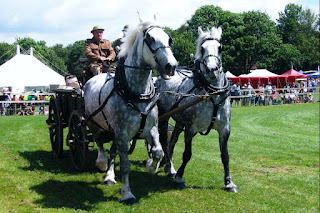 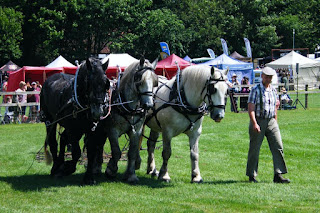 There was some medieval jousting afterwards but I couldn't get any good photos of the action. 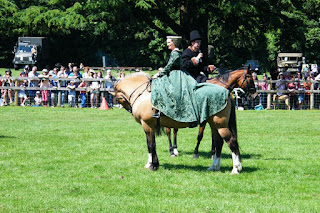 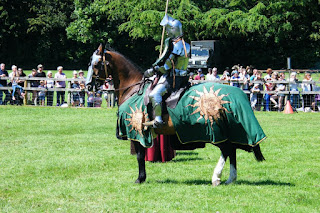 There was also a lot of other things going on showing life through the ages and it made a very enjoyable day out.