At last I have reached the final part of our two day stay in St. Petersburg with this post.
After we came out of The Hermitage there was a military display going on as it was Paratroopers Day. Our guide told us that after the marching it is a time for veterans and new recruits to let their hair down. They drink until they fall down and are left where they fall. He advised against staying too long once that started, because so do the fights. 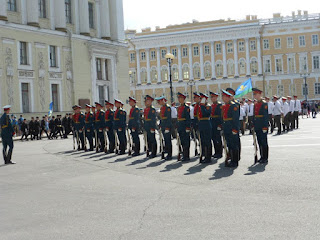 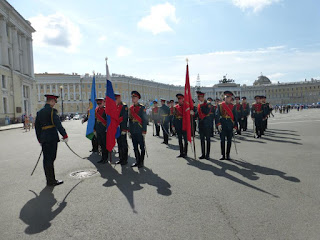 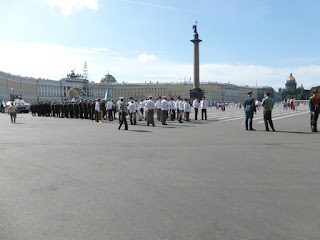 After we left there we went to the Church of the Saviour on the Spilled Blood. It was built in memory of Alexander II who was assassinated in 1881, and stands on the very place where a bomb was thrown into his carriage by a man who opposed the Tsar's reforms. It took 24 years to build. 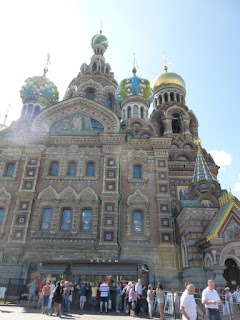 The interior is decorated completely in mosaics, each mosaic being a tiny piece. Below are some of the photos I took there. I had trouble getting clear photos because of the reflection from them. 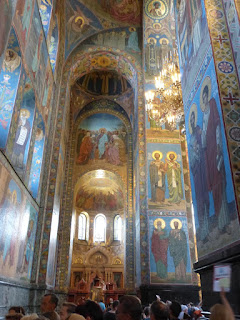 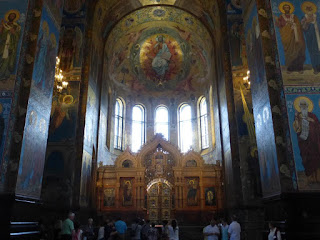 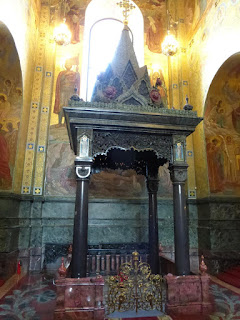 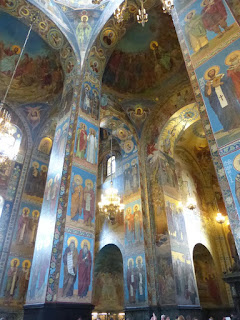 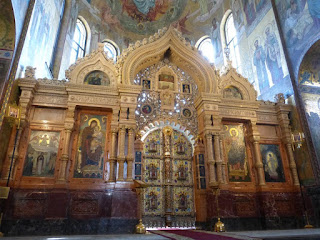 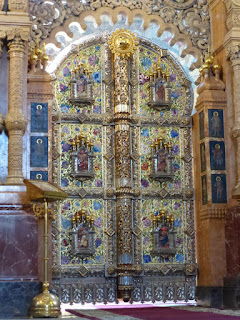 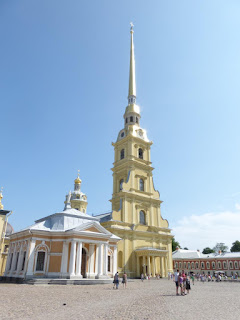 Saints Peter and Paul Cathedral built between 1712 and 1733. It was built during the rule of Peter the Great and has the world's tallest orthodox bell tower. 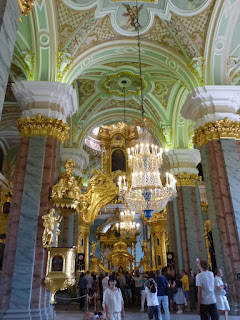 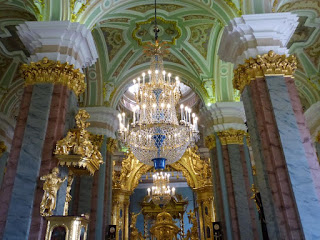 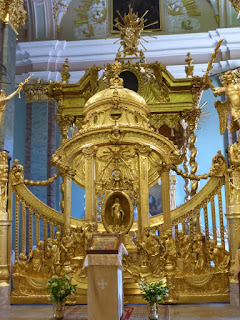 The remains of almost all of the Russian Emperors and Empresses are buried here since Peter the Great. 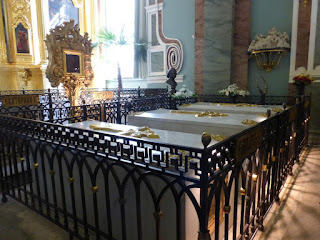 Nicholas II and his family were finally laid to rest here in July 1998. 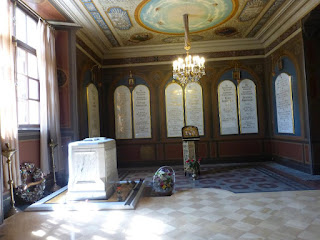