When we have been on cruises around the British Isles, there are usually a couple of stops in Ireland. You can't see a lot in one day so we decided to take the ferry over and travel around staying at bed and breakfasts for two weeks.
When I planned our route and booked our B&Bs we had no idea that we would be in the middle of Hurricane Ophelia, the worst weather in Ireland for 50 years. Then two days later another storm arrived.
You will notice in the majority of photos it is raining, or at least grey and misty. We did still enjoy ourselves though and met some wonderful people there.

We took the ferry from Fishguard to Rosslare and stayed there for the first night before driving on to Cahir (pronounced Keer.) where we stayed for two nights.

Cahir Castle, one of the largest castles in Ireland and built in 1142 and on an island in the River Suir. 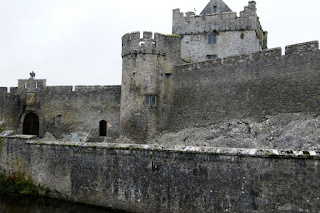 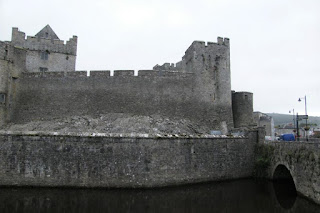 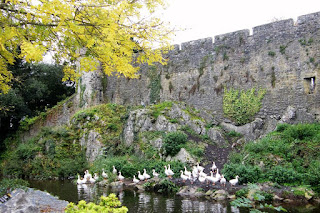 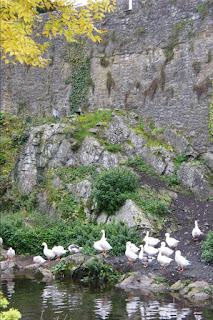 On our second day in Cahir, we took a trip into the Knockmealdown Mountains.

We were advised to go to the Vee which is a wonderful viewpoint. 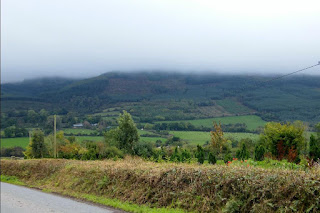 We drove on through the countryside. The mist was on the mountains, we didn't realise at the time that this was one of the better days for weather! 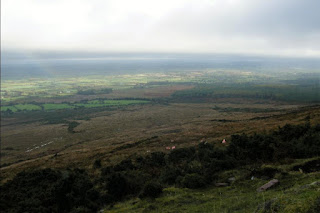 As we drove on we went around a hairpin bend and the view opened out in front of us. 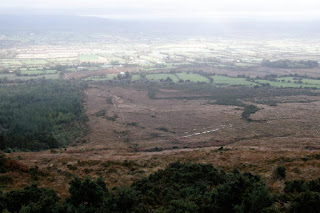 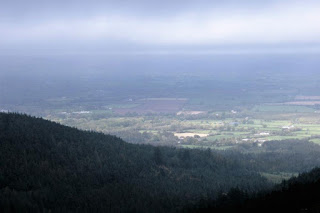 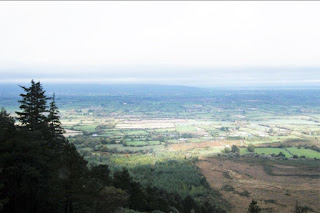 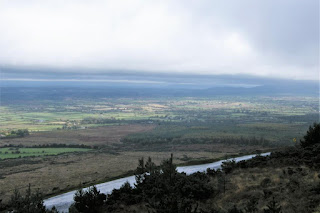 As we continued on our way we passed Baylough, a glacier corrie lake. 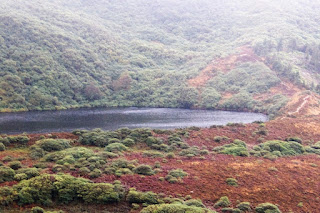 Coming back down from the mountains we stopped by the river and saw the resident swans there. 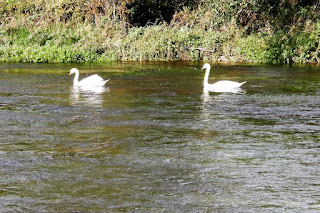 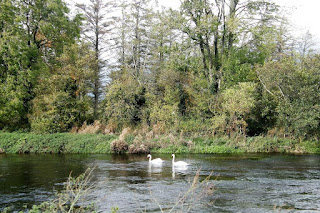 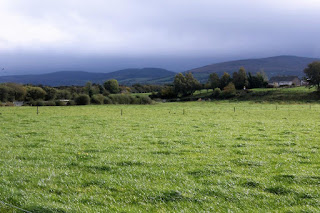 The mountains in the distance.
It was back to the B&B then a short trip into the town for our evening meal before moving on the next morning to our next stay in Adare.

How very pretty. Our Mom and Dad always wanted to see Ireland.

Wow, so beautiful. A place I would love to explore.

Have a fabulous day and week. ♥

I have an old calendar I saved; it seems for some reason the sky sometimes has a purple hue ....the last photo reminds me of my calendar !! ☺☺♥♥

Memories of Eric and Flynn said...

That was quite a view, and also quite a castle. Did you get B&B there? Definitely a place to get back to when the good weather is there.
Purrs
ERin