The bed and breakfast we stayed at in Adare was a beautiful house with lovely grounds which we could walk around. 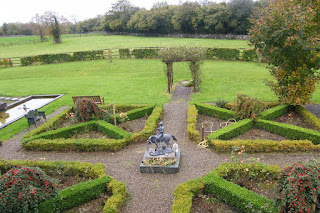 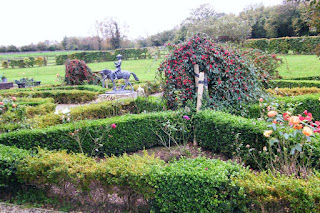 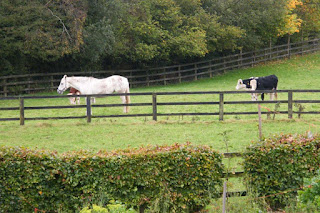 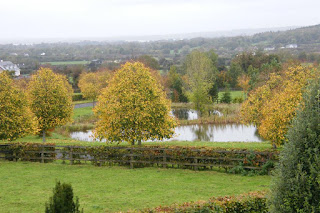 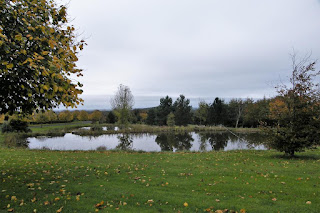 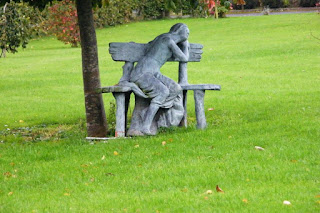 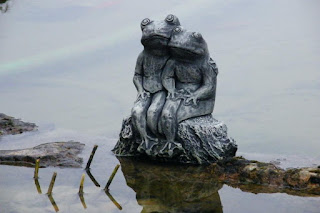 Everything was so quiet and relaxed, then Ophelia arrived.
Ophelia was the worst storm to hit Ireland resulting in almost 400,000 people losing power on a relatively small island.
The day of the storm we were due to move on to our next bed and breakfast on the Dingle peninsula but the police were telling everyone to stay at home.
As we couldn't leave, the people who would have had our room couldn't get there either so we were able to keep the room for an extra night. 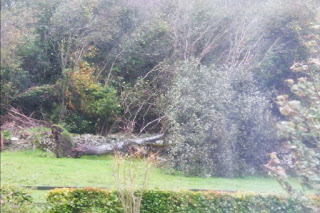 As I was looking out of the window I saw the tree outside blown over.
There were trees and power lines down everywhere, but as soon as the storm eased the local farmers moved the trees to get the roads open again.
Next morning everything was calm and the sun was shining so we were able to travel on to our next destination.
We didn't know it then, but there was another storm waiting to hit two days later.
Posted by Memories of Eric and Flynn at 9/26/2019 12:29:00 AM

Everything sure is pretty but that storm had to be pretty scary, I'm glad y'all were okay through it all.

Yikes on the storm.

Have a fabulous day. ♥

I remember the fallen tree picture....do you recall the who or why of the photo of the lady on the bench ??

Memories of Eric and Flynn said...

She didn't say. I think she saw it and just thought it looked good under the tree.
Maybe that's what happens if you drink coffee in weird places, you get turned to stone!

That soert of garden, the location and statues and just the ambiance is so relaxing. At least without the storm it would have been. A lovely spot for a B&B.
Purrs
ERin