In the morning after leaving Camp we headed on towards Cahersiveen our next stop for two nights. On the way we saw a sign to Valentia Island and decided to take a trip across the bridge. There is also a ferry but that is only in operation during the summer months. Valentia Island is one of Ireland's most westerly points and lies off the Iveragh peninsula adjacent to the Ring of Kerry. It was also the eastern terminus of the first commercially viable transatlantic telegraph cable. 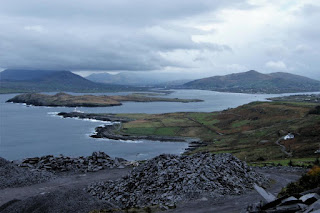 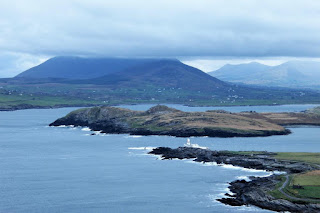 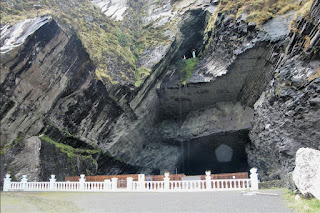 Grotto at the quarry. I don't know what the white pentagon is. It wasn't visible to either of us when I took the photo! 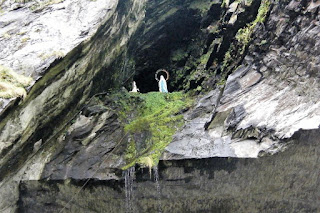 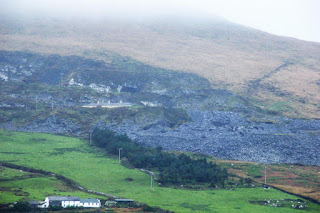 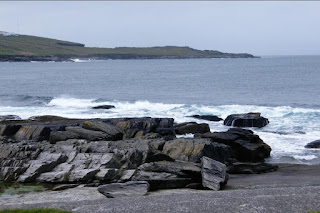 Even the rocks on the beach were the same colour as the slate. 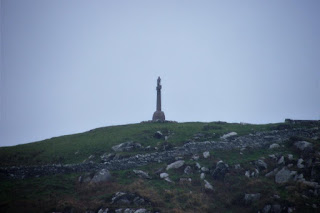 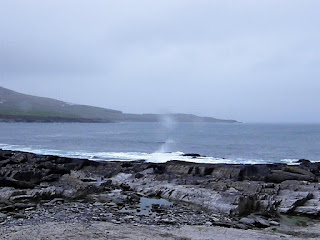 After a walk along the rocky beach we drove back over the bridge into Portmagee, 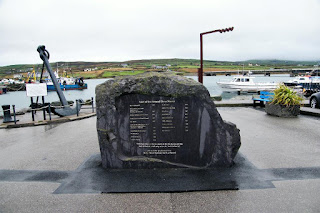 Memorial to those who lost their lives in the local waters. 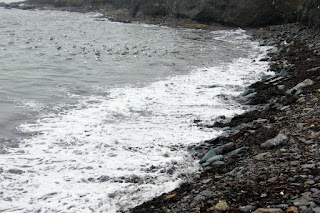 The gulls seemed to know there was more bad weather on the way and were flocking close to shore. (Sorry Tabbies!) 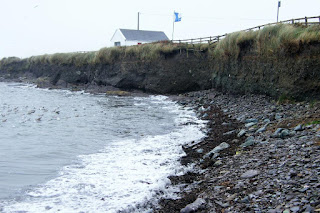 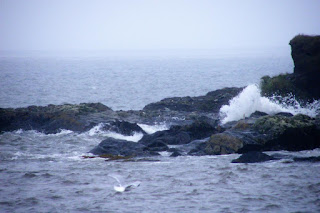