The morning was cloudy but dry as we set off with suggestions of where to visit from our host at the B&B, and it turned out to be a day of beaches and ruined castles. 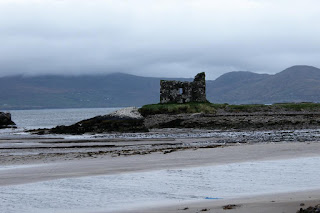 The first place was Ballinskelligs Castle, more commonly known as McCarthy Mór Castle and is in fact a Tower House. It was built by McCarthy Mór in the 16th century to protect the bay from pirates and also to charge a tariff on incoming trade ships. 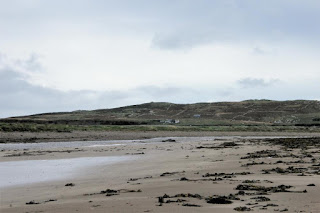 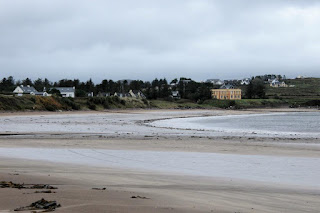 White Strand Beach. There was a lot of seaweed washed up by hurricane Ophelia but usually the sands there are pristine. 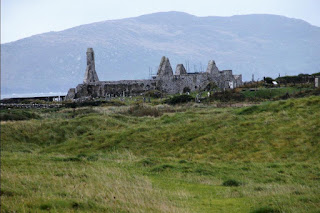 Ballinskelligs Abbey, an Augustinian Priory founded in the 12th century. 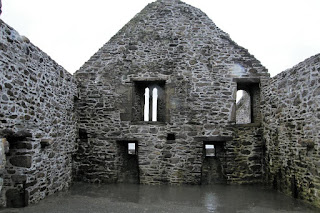 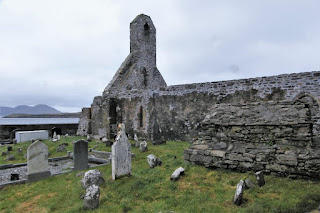 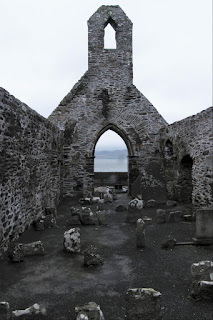 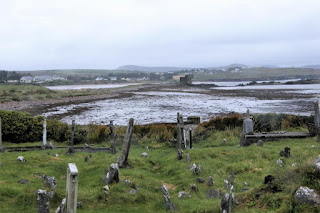 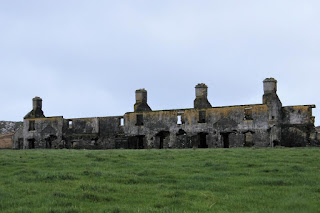 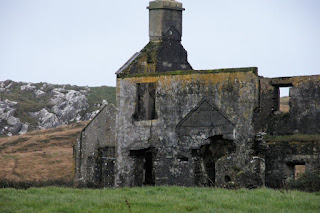 We saw these old buildings as we drove away but I have no idea what they are. I have tried various searches including with photos but no luck. If anyone has any ideas please let me know. 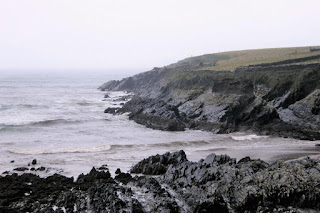 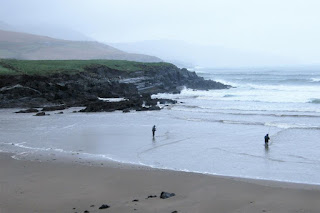 Derrymore Bay. By now it was raining again, but these two men out fishing weren't going to let that put them off. 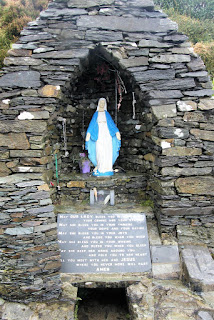 Next day was cloudy but the rain had stopped so we set off to see more of the area.
Wherever we drove in Ireland we passed lots of shrines and grottoes on the side of the road. 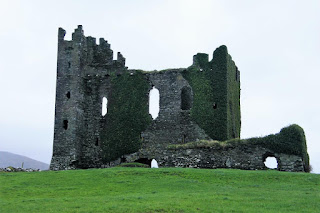 Another ruined castle! This was Ballycarbery Castle. A fence had recently been put up because it was in a very poor and dangerous state. Such a pity that so many castles have fallen into neglect.
This castle was also built by the McCarthy clan who built Ballinskelligs Castle. 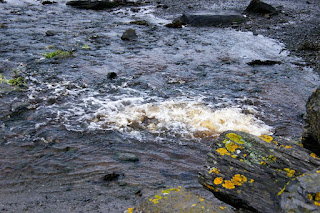 The river running to the sea is brown from the peat. 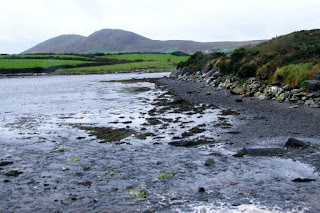 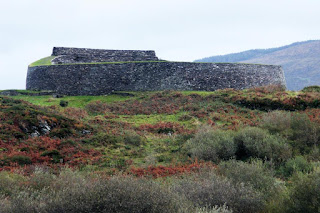 We were told about the stone ring forts of Cahersiveen so decided to visit them as they were close to Ballycarbery Castle.. This is Cahergal fort which has been restored and thought to have been built in the 7th.century. 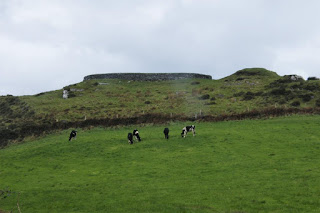 We walked up the track to it hoping to have a good look around, but the gate was locked. Probably because it was the end of the season.
So then it was back to the bed and breakfast to get ready to go into the town for an evening meal, then next morning on to our next two night stop.
While we were in the restaurant chatting with the locals we were told there was another storm on the way! Not a hurricane this time but a force 12 storm.
No wonder they call the Ring of Kerry the "Wild Atlantic Way"
Posted by Memories of Eric and Flynn at 9/28/2019 11:09:00 PM