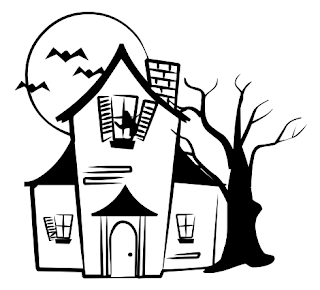 I said in a previous post that I would tell of a strange encounter we had during our time in Ireland.

The road followed the coast and even with the awful weather the scenery was spectacular. Sometimes the road hugged the edge of the cliffs and it felt as if we could get blown over the edge at any time.

The rain eased slightly so we stopped in Waterville and went into a shop to look around. The shopkeeper was very friendly and we stopped to talk for a while.
Then two Garda (Irish police) came in and we chatted to them.
We bought a Guinness Tshirt and a pack of playing cards.
All minor things but it shows that we do remember that day well.

We traveled on and I said it was time for a coffee.
Most places were closed being out of season and the bad weather.
Suddenly, driving through Caherdaniel I saw a signpost to a plant nursery and cafe, so we turned off the road and went up the track to it.
When we got there it said closed and was only open at weekends, so we drove back down the track and continued our way.

We had only driven about another 5 minutes, 10 maximum when I saw a big old building set on the side of the road.
It said pub, cafe and hotel, and more importantly it said "OPEN" so we pulled in.

There was only one car in the car park, a red one with the driver and front passenger doors wide open.
It was raining so hard again that it was driving right through the car.
We went into the cafe and the thinnest woman I have ever seen came and greeted us.
I told her about the car and she said her dog likes to sleep in it so she always leaves the doors open.

She told us to come into the bar as she had the fire lit in there and it would be cosier than the café.
We followed her in. The huge wooden door didn't as much creak as groan, and every floorboard we stepped on creaked too.
There was no lighting on and the only light came from a window at the other end of the bar.

We ordered coffees and she went off to make them while we waited.....and waited.
After about 20 minutes she eventually came back with them and stood watching us. We tried to make conversation but she kept watching us.

We heard the door creak again and a young American couple came in and also ordered coffees.
We said hello but they just stared through us as if we weren't there. I just thought they were not naturally sociable and thought no more of it.
While she was gone we started to drink our coffee. It was the most disgusting thing I have ever tasted! I think she must have gone outside and wrung out a handful of peat to get the water to make it!!

We were going to get up and go but she came back with the other coffees which took a normal amount of time to make.
I also noticed they got their coffees in take out cups whereas we had china cups.
I saw them take a sip and make a face, then they left taking their drinks with them.

She was back standing over us again waiting for us to drink.
Then the door creaked again and an elderly lady came in.
She told us that was her cleaner for doing the hotel rooms and she would just tell her what to do and be right back.

Where Ivor was sat was a huge ornamental vase. I told him to throw the coffee in there and we quickly left.

We drove on wondering whatever had just happened. I still wanted a coffee, but more so now to get rid of the evil taste from the tiny sip I took.
A few miles down the road we came to the village of Sneem with a cafe beside the village green.
We went in and I had what felt like the best cappuccino ever!
We had a bite to eat and made friends with the old ginger cat who welcomed everyone in.

This should have been an end to it, but after we got home I was asked where the hotel was.
I didn't know it's exact location but knew within about 5 miles where it was.
I did what I always do when I want to find somewhere and looked on google maps. I couldn't find anything within the area I knew that it was, just a couple of large pull off places along the road but no building.
Although I could picture the place plainly in my mind I wondered if it was set slightly further back from the road.
I knew it couldn't be far back because I saw it as we drove past.

I went into street view and followed every inch of that road from the plant nursery to where we stopped in Sneem for the good cup of coffee.
I couldn't find it so I went back along the road in street view and still no sign of it.

At this point I was becoming determined to find it. I knew without a doubt that it was between those two points.
I think at this stage determination gave way to obsession and I followed the complete road from one bed and breakfast to the next, all 48 miles of it in street view!!!

And no, I still couldn't find it, just a bare patch of ground with some rubble on it.
I leave you to draw your own conclusions, but I promise you this account is 100% true.
Did we have a lucky escape with not drinking the coffee?
The proprietor seemed overly attentive watching over us and waiting for us to drink it.
Strange things are said to happen in Ireland and I truly believe we encountered one that day.