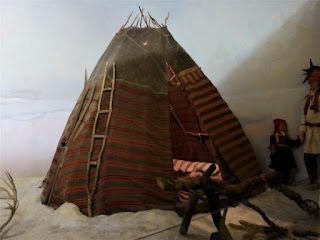 Our first stop when going ashore was to the Polar Museum which is part of the University of Tromso museum.
This museum shows how life was like in the Arctic and the way the Sami lived. 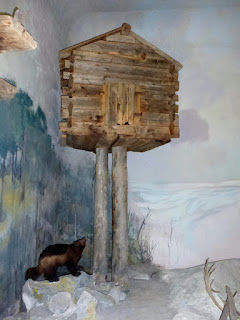 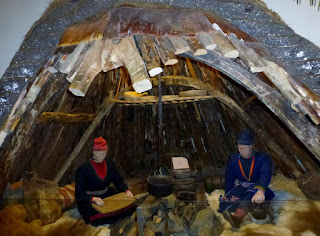 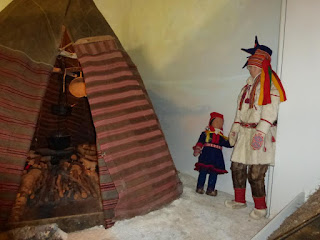 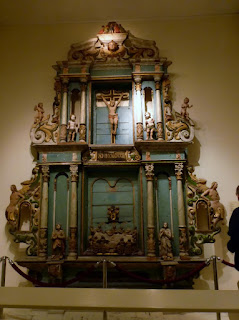 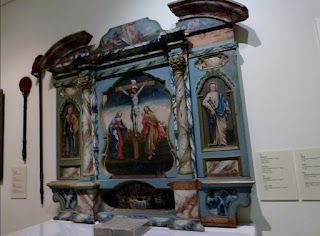 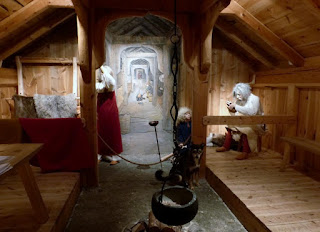 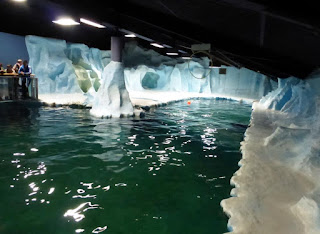 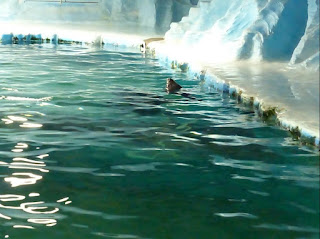 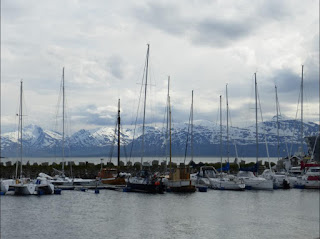 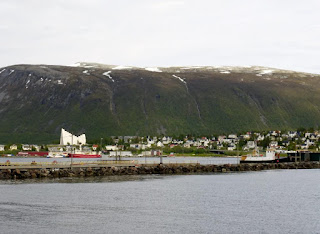 After walking around the harbour where the museum is situated, we next went to the Arctic Cathedral which can be seen in the distance. 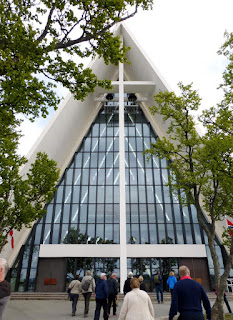 The Cathedral is very striking with it's unusual shape. To find out more about it go to here. 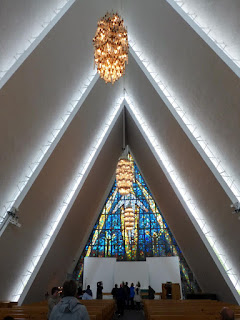 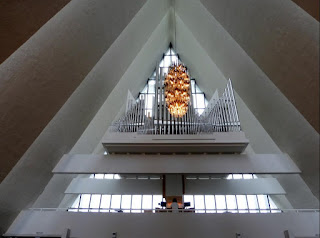 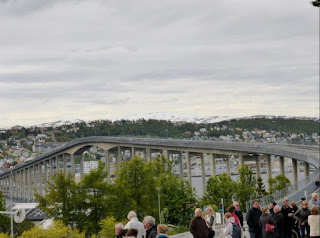 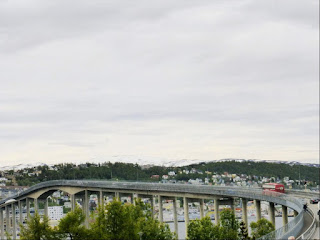 Once we had crossed the bridge we had some time to walk around the older part of the city. 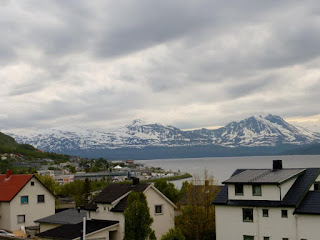 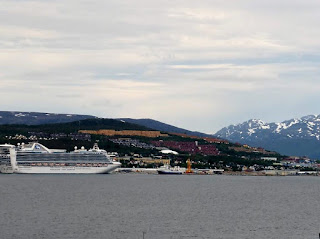 It is reassuring to see your ship is still docked in the distance! 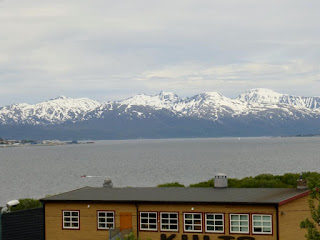 Snow on the mountains from the snowfall two days before our arrival. 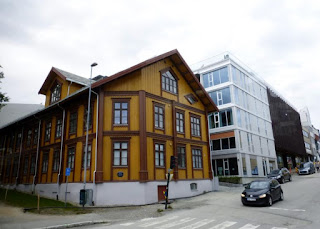 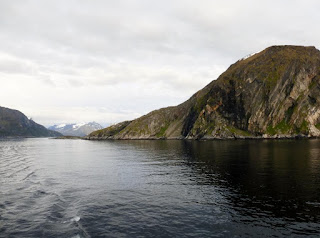 And then it was time to head off again, this time to the Lofoten Islands. 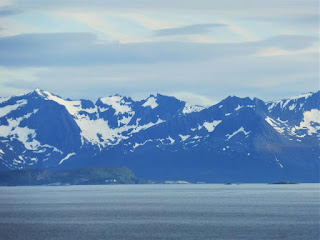 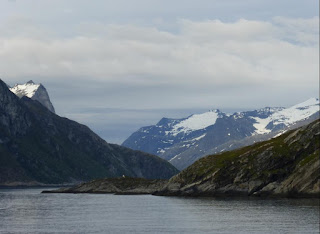 The Midnight Sun.
Both of these photos were taken at a minute to midnight and the sun was well above the horizon sitting above a bank of cloud.
The first was taken using the sunset setting and the second using the auto setting. 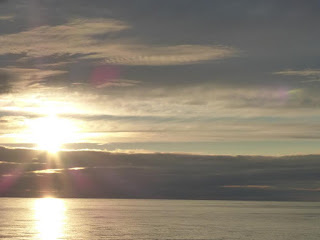