The next port was Trondheim. As in most ports we did our own thing and walked around. 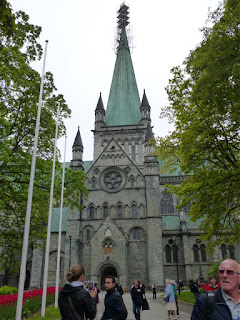 This is Nidaros Cathedral which is the world's northernmost Gothic Cathedral. It was built from 1070 over the tomb of Olav, the Viking king who brought Christianity to Norway. The cathedral was completed around 1300. During the summer you are able to climb the 172 steps to the top of the tower for a wonderful view of the city. 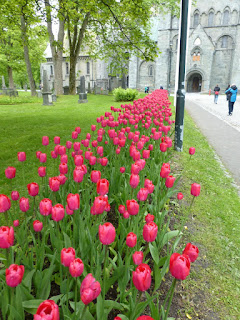 Being Spring, the tulips were in full flower. 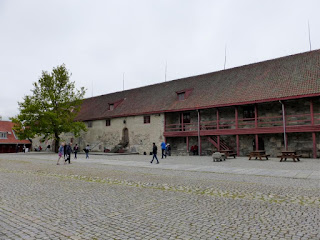 The Archbishop's Palace which is now a museum holds original sculptures and archaeological finds from the Cathedral. 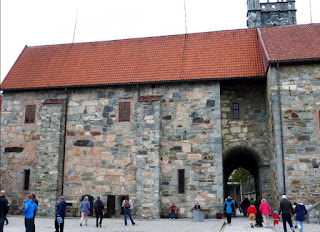 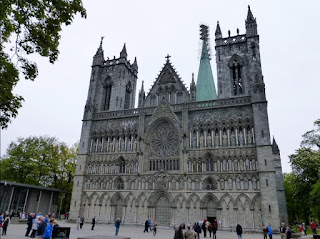 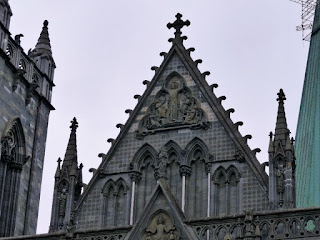 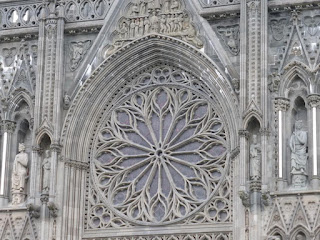 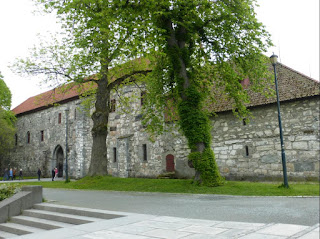 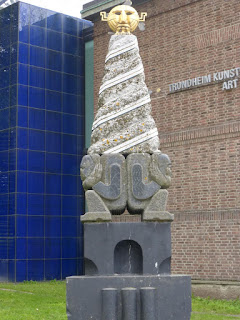 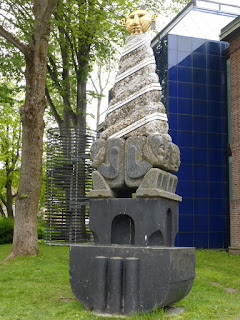 A sculpture outside the Trondheim Art Museum.
And so back to the ship to head further north to Honningsvag.
Posted by Memories of Eric and Flynn at 12/01/2018 10:32:00 PM