These photos were all taken in the morning as we sailed into Tromso.
Although it was mid June, they had a snowfall 2 days before we got there, and it was very cold. 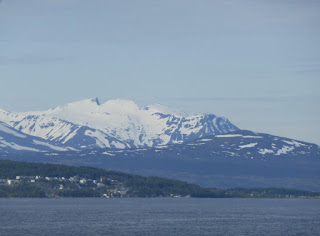 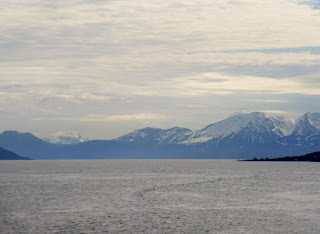 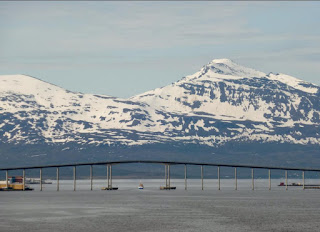 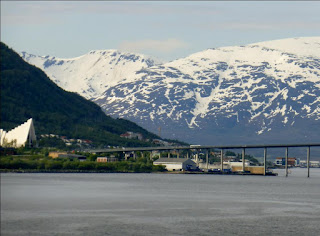 The Arctic Cathedral can be seen in the corner of the photo. We visited it later in the day which will come in the next post. 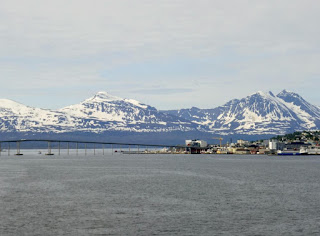 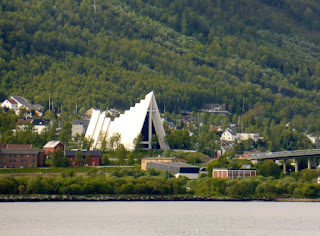 A closer view of the cathedral. 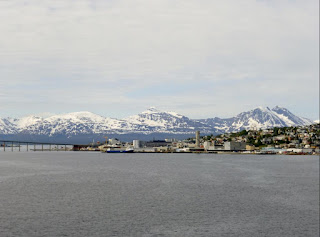 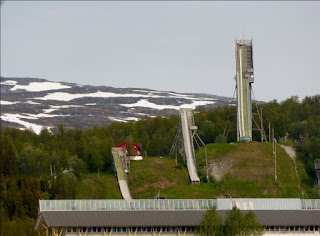 Tromso ski jumps. They had hoped to be chosen for the Olympics when they were held in Norway but were unsuccessful.
Then it was time for breakfast before heading out for the day.